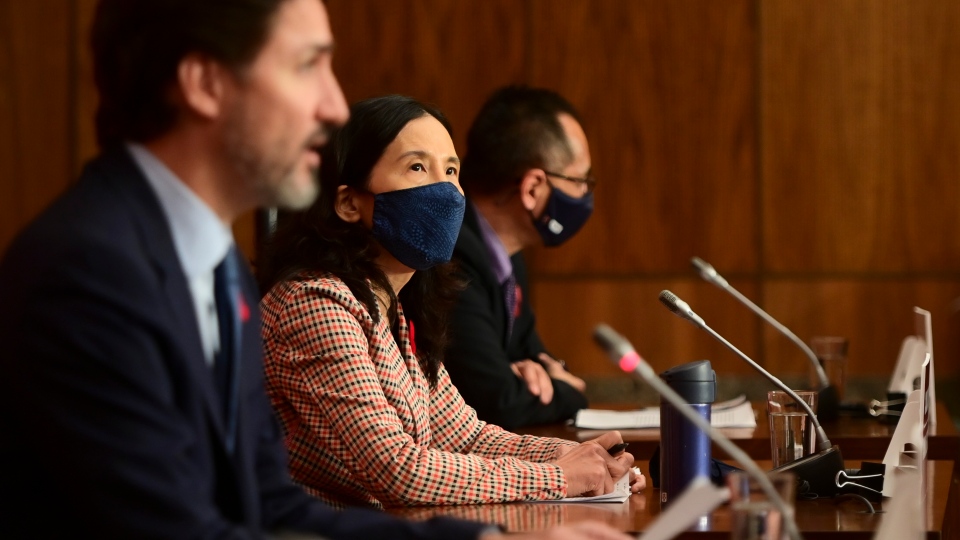 Prime Minister Justin Trudeau says “rare exceptions” to new travel restrictions will be made on compassionate grounds, but that “more contagious COVID-19 variants now taking hold in Canada mean tough rules must be implemented in the next few weeks.”

“One year later[February, 2021], hardly anyone is talking about death and dying in Wuhan. Instead, Chinese governments at all levels are focusing on narratives of heroism and persistence that led to the city’s “victory” over COVID-19.”

How fascinating this information is– on several levels. At face value, it reveals a  surreal contrast between the impact of the worldwide pandemic upon Canada relative to China.

What sends this into the stratosphere is the fact that Wuhan is commonly believed to be the source of the pandemic.

The World Health Organization (WHO) has released a plan to investigate the origins of the COVID pandemic beginning in Wuhan — the Chinese city where the new coronavirus SARS-CoV-2 was first identified.

Talk about being one step ahead of the game–this news was announced in November, 2020.

Any other patriots pick up on the fact that from WHO all the way down to  provincial health officers in Canada, every attempt has been made to repudiate  Wuhan as “ground zero” for the Covid pandemic?

In terms of Canadian media, how interesting it is that CBC, CTV, Globe & Mail and the rest never put “two plus two” together to expose an obvious reality:

While Canadian society continues to degenerate via Covid-19, China are practically “walking on sunshine” in the wake of the pandemic. How bizarre this is!

But not according to Justin Trudeau, Covid Queen Teresa Tam, or Liberal Health Minister Patty Hadju. Curiously, these folks view China like it is as pure as driven Nunavut snow.

Not one will step up and admonish communist China regarding a pandemic reported to have destroyed over two million lives on a worldwide basis.

For those who dare to push-back, or promote any degree of alternate theory, a catch-all shut down is ready at the waiting:

We are all “conspiracy theorists.” Funny, this reminds CAP of another social shutdown mechanism– being branded “racists” for even questioning mass immigration to Canada.

Could the two methodologies be administered by the same source? Here we refer to what is in 2021 known as the “Great Reset.”

No surprise that Cultural Action Party of Canada endorse this concept–conspiracy theorists that we are. Whatever a person concludes, one idea remains irrefutable:

There is an agenda within which 38 Million Canadians are not privy to. When will the “big secret” be revealed? This part is simple–after the agenda is completed  and not a darn thing can be done to turn it back.

Such is the way of government and media partners roll in Justin Trudeau’s “sunny ways” Canada.