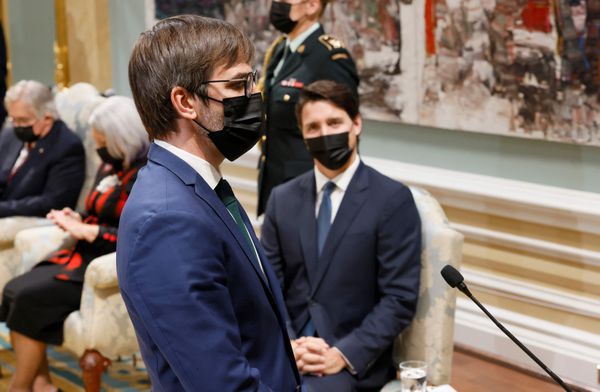 To post to facebook, click here:
Leave it to provocative journalist Rex Murphy to lay it on the line. In a recent piece on Prime Minister Justin Trudeau’s performance at the COP26 climate summit, Murphy makes a most eloquent point:
“…lf oil and gas were Quebec’s main industry, defending it, promoting it and declaring it as being in Canada’s national interest would be sacramental imperatives…”

This one really got Cultural Action Party’s brain cells fired up. Maybe Rex is right. If one could magically invert the provinces of Alberta and Quebec, what would Liberal government positioning on Oil and Gas development look like?
Would Trudeau be playing the role of globalist god of worldwide fossil fuel reduction? Would carbon emission pitbull Stephen Guilbeault have been selected as Environmental Minister? Would the ruling government of Canada be working on a systemic agenda to devastate the economy of Quebec?
Doubtful it is. Rex Murphy is adamant in his opinion:
“Defending oil would be a requirement for Quebec citizenship. Trudeau would be preaching from the altars of Quebec’s most majestic cathedrals about the wretched and nation-breaking attacks on the central Quebec industry.”
All of which conjures up the most salient question of all:
What is the true purpose for the decimation of Alberta’s Energy Industry? The idea that the initiative is wholly infused with altruism is sketchy at best. Ulterior motives are the name of the game whenever a Trudeau family member is national leader.
Perhaps the Quebec-centric Liberals want to damage Alberta’s economy. Serving as a stronghold of independent thinking does not bode well for this western province. Alberta’s historical conservatism is something the Liberal Party would dearly love to resign to history.
Some will argue the process is already in place. For example, in a bid to mollify western conservatism, Liberal ideologues Amarjeet Sohi and Jyoti Gondek were strategically placed as mayors of Edmonton and Calgary, respectively.
“Quebec is the only province that can unilaterally alter the Canadian Constitution it did not sign, and cozily receive at the same time billions in equalization payments it did not earn — monies that come principally from a province whose product it abjures, stymies and derogates.”

Rex is really moving high gear now. Geographic favouritism abounds in Trudeau’s post-modern Canada. It has reached the point of a social malady– a political epidemic, if you will. Yet, somehow nothing changes. It is as if western alienation is pre-conceived, and written-in-stone.
As manifest in media presentation. No journalist apart from Rex Murphy writes in this manner. Interesting that many of our top press figures are Anglophones. John Ibbitson, Andrew Coyne, John Ivison, Terry Glavin. Despite personal heritage, they have not a word of condemnation regarding blatant Quebecois favouritism. The flip-side of which is a Trudeau specialty– disparagement of Anglophone peoples of our nation.
CAP agree with Rex Murphy. If the bulk of Canada’s oil production came from Quebec, Justin Trudeau would be talking out of the other side of his smirk.
According to  a report from Canada Energy Centre, our government has for the past 32-years imported 749,000 barrels of oil per day from foreign nations. Quebec is by far the largest importer of foreign oil into Canada, with $225 billion in foreign oil imports since 1988.
Between 2010 and 2019, Canada’s oil imports from Saudi Arabia and United States totaled $100 billion dollars.
Would this really be the case if rather than Alberta, Quebec was the hot-bed of Canada’s energy production?
— Brad Salzberg, CAP Founder(Est.2016)

6 thoughts on “Would Trudeau Destroy Canada’s Oil Industry If Quebec Was Its Main Source?”