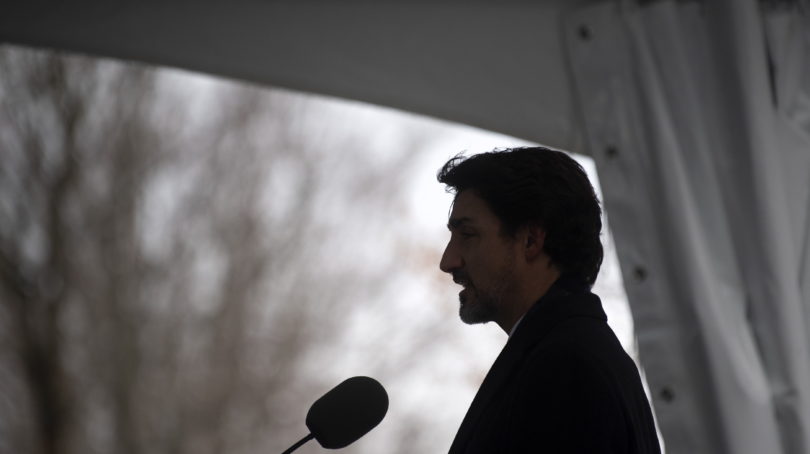 Critical Race Theory is the most controversial piece of “anti-Racism” propaganda in modern times. Such as it is that Canadian media shy away from its exposure.

Hidden from general public knowledge, Canadian diplomats are now being trained according to the dictates of Critical Race Theory, a policy recently endorsed by the Trudeau government.

As a result of a freedom of information request, the Toronto Sun has obtained a copy of the training materials  being used within Global Affairs Canada.

Within these government-authorized materials on racism, the term “whiteness” is defined as “specific dimensions of racism that serves to elevate white people over people of colour.”

Let Cultural Action Party elucidate what has occurred in the name of CRT. The word “whiteness” has been branded racist. The Woke generation’s Orwellian edict is clear:

“Whiteness” does not refer to the condition of our bedsheets when removing them from the clothes dryer. Rather, to mention the word is to utter a racist phrase. How absurd it is. No wonder Global Affairs Canada has assimilated this foolishness into their training materials.

How our country has changed since Justin Trudeau was appointed Canada’s “supreme leader.”  Within the materials, characteristics of white supremacy culture are described  as: “objectivity, individualism, perfectionism, a sense of urgency, and either/or thinking.”

Not too broad a definition, eh? Can this not encapsulate any darn thing the Anglo-bashers choose? Of course it can.

Fellow “Old Stock” Canadians– welcome to the doghouse of society. CAP predicted five years ago the election of Justin Trudeau would deliver this condition to Canada. In 2021, we see that we are correct.

Cultural Action Party has coined a term for Anglo-Canada’s new status within society. This we call “Second Nations Canada”— the new social standard for white Canadians as advanced by leading institutions and multicultural minions.

Here’s a real work of art– “participants in this training, offered up by Global Affairs Canada, are told to question the very name of our country.”

My, my- how beautifully this plays into CAP theory. We never knew how ahead of the game we were going to be. From the moment Justin Trudeau seized power, we stated that democracy  as known since our nation’s founding was headed for dinosaur-like extinction.

We also advocated that Anglophone Canadians would be transformed into a vilified community. If Global Affairs Canada’s hatred for Canada is any indication, CAP have been barking up the right tree the entire time.

According to government, whiteness is racism. The ideology uniting our citizenship is today one of collective self-loathing. Or at the very least, it a primary goal of government.

Most Old Stock citizens know that our country was not always this way. Then came Pierre Trudeau, and his personal animus toward English Canada. To be followed forty years later by the narcissist Justin Trudeau and the elevation of his ego through the disparagement of Canadian society.

Another beauty from the anti-Racism manual– the definition of “privilege.”

“Unearned social power accorded by the formal and informal institutions of society accorded to all members of a group– white privilege, male privilege.”

Guess what, fellow Canadians— turns out all achievements made by Anglophones are unearned. Sir John A. MacDonald’s uniting of our nation by railway from coast to coast–- unearned.

Ex-Prime Minister John Diefenbaker’s Bill of Rights in 1960. The old man was a Presbyterian. Therefore, his accomplishments are unearned.

Such dangerous foolishness this is. Yet, it is now the standard of our society. Anglophone-Canadians are being morphed into second class citizens. We are today a maligned community who never earned our place within society.

What was once vanilla-flavoured racism has graduated to “systemic racism.” Federal Party leaders such as Justin Trudeau and Jagmeet Singh have built successful political careers based upon hatred of our nation and its history.

Hating Canada is just so very in-style for a Woke generation raised on socialist-infused  propaganda as disseminated by the “big three”– government, media, academia.

A new poll illustrates the state-of-the-nation as defined by national self-loathing:
“Advocates see racism at a much higher rate than visible minorities.”
How enlightening this is. Turns out our woke snowflake warriors see Canada as more racist than the so-called minorities themselves. If this doesn’t validate a program of systemic self-hatred, what does?