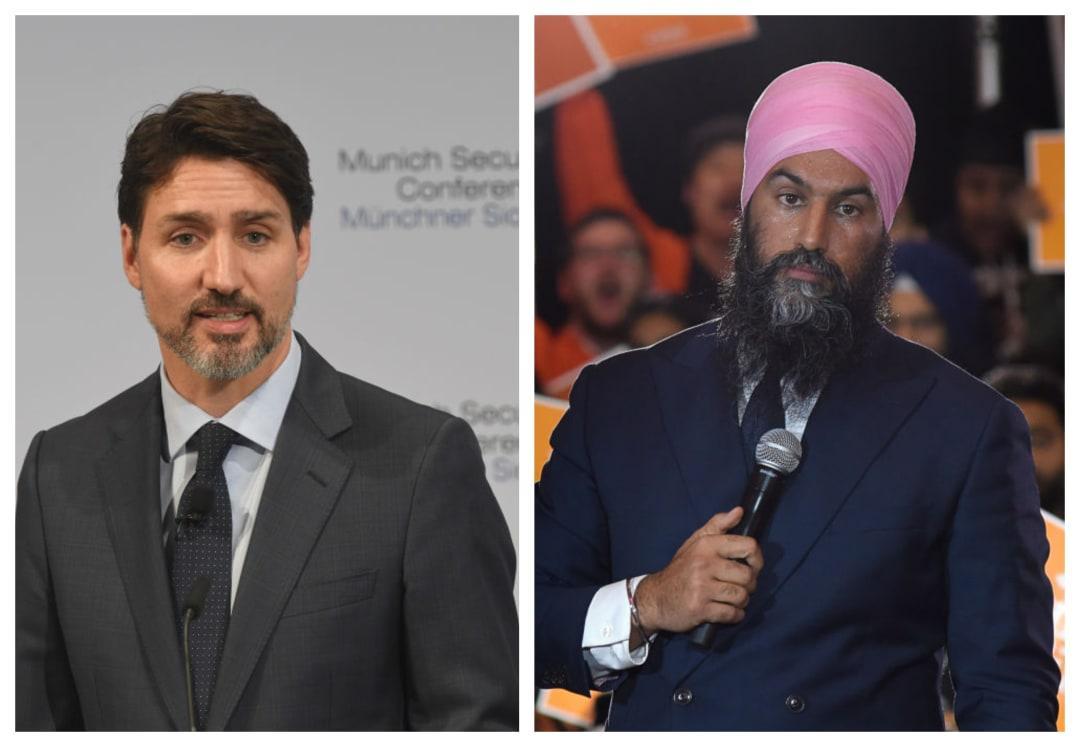 “One of the documents on which the Global Affairs material is based informs recipients that “all European immigrants did not and do not become white at the same time (Irish, Italians, Jews).”

“Becoming white involves giving up parts of your original culture in order to get the advantages and privileges of belonging to the white group.”

Let us distill this messaging down to its essence: official materials distributed by Trudeau government inform Canadians that being white is a very bad thing. The intention is to convince readers that being white is not being an Anglophone or Francophone, but rather is a poisonous condition that a Canadian “falls into.”

Once descending into the swamp, a person is transformed into malevolent creatures who consider themselves superior to racialized Canadians. Such is “anti-racism” messaging perpetrated by the Trudeau government via Global Affairs Canada. Is this not racism in its purest form?

From The Woke Side: the conclusion is that the messaging is everything but racist, and the intention is equality within Canada’s pluralist society. Sounds like a sick joke, no? Common sense Canadians shouldn’t laugh.

This ideology reflects the general belief system of Canada’s “Woke” generation. No surprise, CAP has thoughts on this post-modern movement:

For one thing, it is a manufactured condition which has resulted from fifty years of multicultural propaganda. Canada is bad. Pierre Trudeau said so in his day. Justin Trudeau and his under-the-covers sidekick NDP leader Jagmeet Singh say so today.

Academic Canada has been preaching hatred of society ever since Pierre Trudeau imposed multiculturalism upon our nation. No pubic input, no referendum, no vote– no democracy.

Just as the Trudeau family love to see politics unfold. No need for those pesky “little people”–we have a country to transform– against their will.

“The critically important fight against racism, discrimination and hatred should be cause for the creation and strengthening of the broadest coalition possible. Anti-Black racism, anti-Indigenous racism, Islamophobia and homophobia are all too real and all too tragic in their consequences.”

The implication is one of absolute division. The non-white communities of Canada must join together to fight the those who are “white in their minds.” Within this dynamic is found the key to the globalist agenda:

Since the day Pierre Trudeau forced multiculturalism upon society in 1971, the goal of the policy has never been one of social equality. The goal has been–and remains — to usurp the power held traditionally by Anglophone and Francophone Canadians.

Degree to which this theory has been espoused within media? Try nothing. How to verify? Simple as Nova Scotia apple pie–because throughout this time period Canadian media have not once delivered any form an analysis of the impact of multiculturalism upon our nation.

What does this tell us? That no questions are to be asked about the policy? That multiculturalism is wholly sacrosanct--untouchable –– and therefore 100% devoid of any form of democratic principle.

Just as policy is established in the hero-nation of both Pierre and Justin Trudeau— communist China. Coincidence? Entirely doubtful– especially when considering that Pierre Trudeau pushed multiculturalism upon Canada just eight months after meeting in person with Chairman Mao Tse Tung.

3 thoughts on “Woke Racism: European Canadians “Did Not Become White At The Same Time””