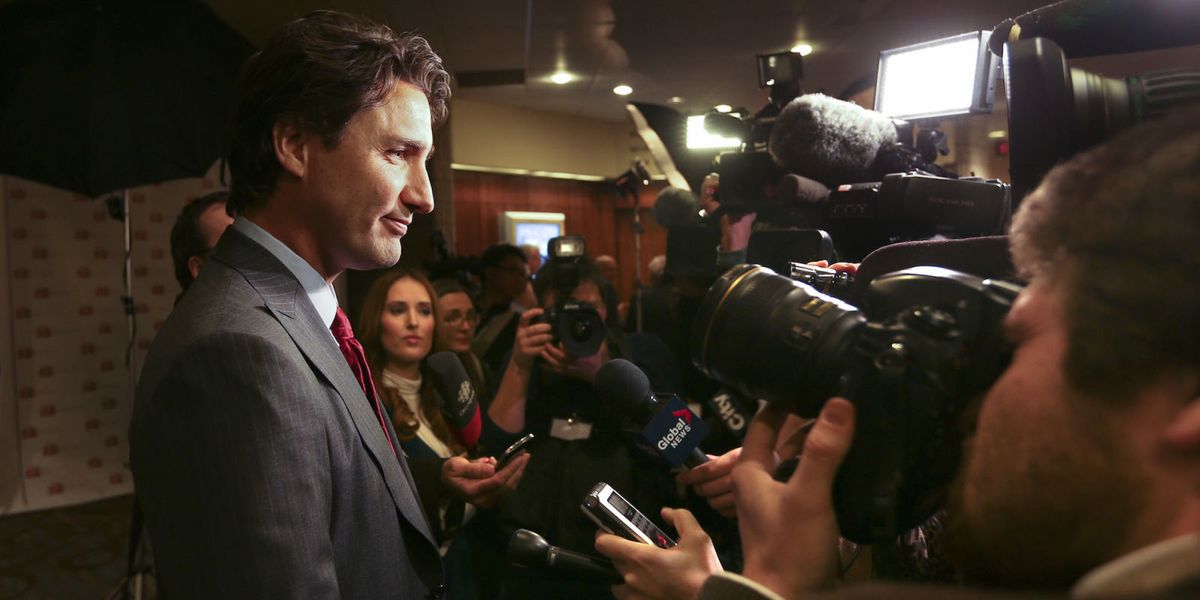 It just had to happen. It has to happen because it always happens. Each time opposition to the woke Liberal agenda grows to a substantial level, media play the “race card.”

It occured against ex-Conservative PM Stephen Harper during the 2015 election. Ditto for Andrew Scheer in 2019. The tactic was back in place during Justin Trudeau’s disaster of an in-person promotional campaign during the 2021 election.

Over and over, media play the “white Canadians as racist” angle. Thus far, it has been a success. Will the same occur regarding the Freedom Convoy of 2022?

In reality, the choice is ours. Old Stock citizens have the power to overcome the calculated sting of the Liberal’s bigotry business. In this industry, establishment media serve as the conduit:

“Peter Smith, a journalist working with the Canadian Anti-Hate Network, said he’s seeing a lot of similarities between this latest convoy and a similar truck convoy from 2019 that was meant to protest federal pipeline policies.”

They are beginning to sling the usual click-bait. Expect more as the convoy nears Ottawa. The message is clear: under the surface of the truck convoy organization is a collective of right-wing racists.

It’s a lie, and it’s high-time our communities overcome the impact. The race card is a catch-all weapon. Time and again, this has served as a panacea for rescuing Justin Trudeau from the political dole-drums. This tedious media tactic has got to go.

In an authoritarian society, the government work to control the lives of the people. On this topic, let us pose a simple question:

Which category do Justin Trudeau and the Liberal Party fall into? The answer is so obvious it is half-a-joke. Control is everything to our ruling government. From this we draw a fair conclusion: a government with a never-ending need for control must have a particular goal they are working to accomplish.

Understanding that Mr. Trudeau will never inform Canadians, and that media are paid by him to obfuscate the end-game, concerned citizens must figure it out for themselves.

We are getting there. The convoy is growing by leaps and bounds. It gains momentum with every waking hour. Whatever it is Trudeau and his backroom schemers are working toward, these people are not buying it.

Therefore, media regress to the tried and true: “these people do not represent  average Canadians— they are, in reality, hateful racists.”

It is up to our communities to transcend this propaganda. Government, media, and so-called academic experts will not do it for us. You know what an “expert” is according to mainstream media?  Anyone who has attended school and is willing to publicly endorse Liberal Party policy.

Time to cast off the yoke. We are not cattle to be contained on an Alberta beef farm. No matter what transpires in the truck convoy, patriots must cast aside the racist accusations. The time has arrived to  restore the dignity being stolen from our communities by way of Justin Trudeau’s “Silent Revolution.”