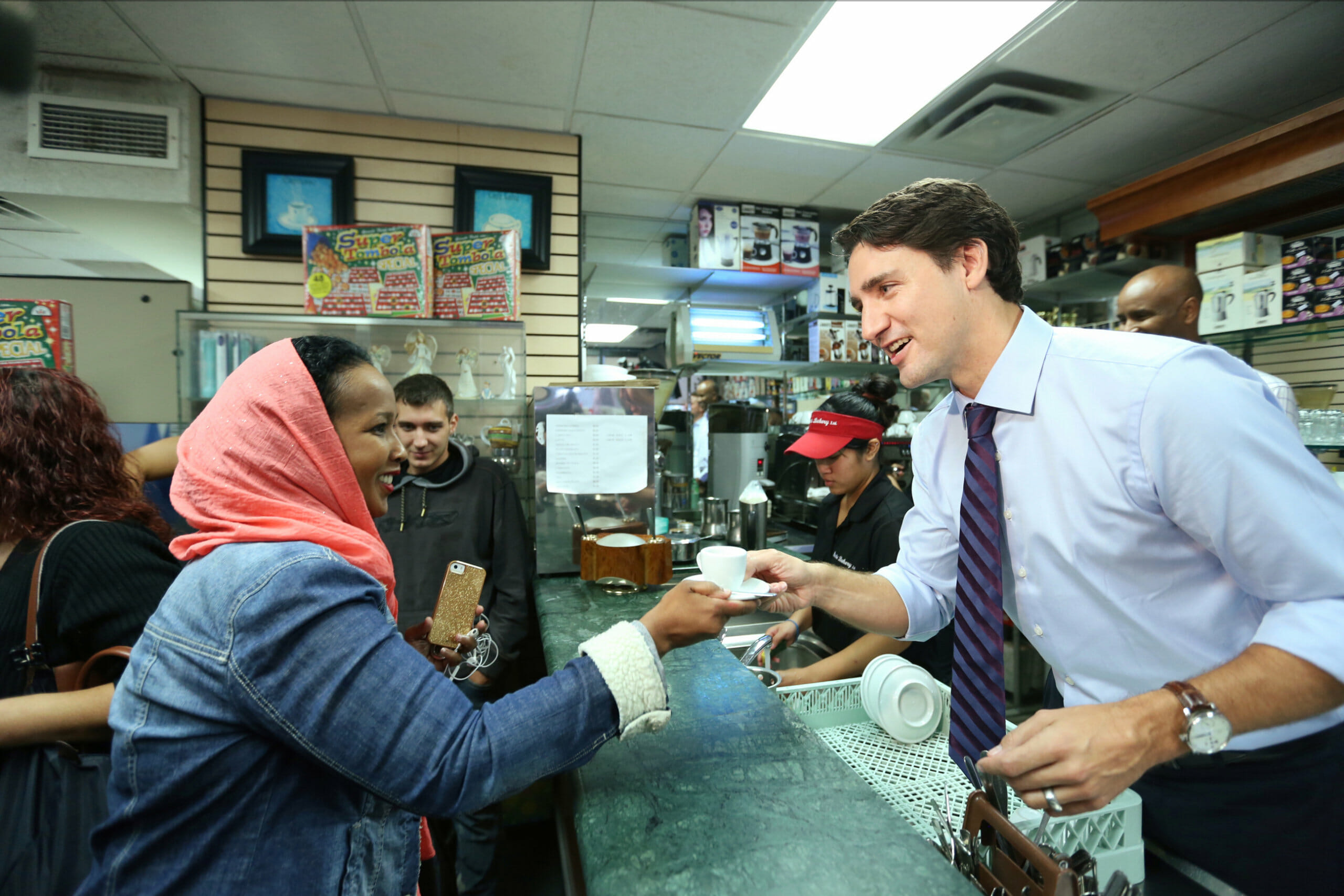 It’s a buzzword for our times– one vehemently promoted by government and mainstream media. In PM Justin Trudeau’s post-modern Canada, “inclusivity” has become the woke order of the day.

Government speak of it, media advance it, academics swear by it. Yet, throughout the decades in which diversity was germinating, no one in media has mentioned a pertinent fact regarding Multiculturalism:

Anglophones, Christians and European-derived communities are excluded from Canada’s agenda of inclusivity.

Isn’t it amazing? In 1971, ruling PM Pierre Trudeau forced the multicultural ideal on our society. It involved the cancellation of our traditional bi-cultural English and French-Canadian identity– the ramifications of which would alter life in our country for all-time.

As it transpired, the people of Canada meekly accepted the transformation. Most of us failed to look at the long-term implications of multiculturalism.

As a policy with no ceiling or demarcation as to its point of success, the policy will remain until an axiomatic transition occurs: new arrivals, migrants, refugees et al will one day outnumber Canada’s Old Stock communities.

Media has hidden the fact that this transformation is due somewhere around the year 2038. Why they do this no one knows for certain. Yet, considering legacy media’s fervent dedication to Liberalism, no thinking Canadian should be surprised.

Nor should citizens be shocked that media has eschewed a fundamental of our eventual transition to a 3rd World-dominated society: since day one, Canada’s Anglophone communities have been excluded from Liberalism’s inclusive social policies.

It’s one thing for this to exist in 1967. That was the year previous to the appointment of Pierre Trudeau as prime minister. Under the leadership of Liberal PM Lester B. Pearson, government altered immigration qualification to a “points-based” system.

Unbeknownst to average Canadians, the alteration transitioned our country away from its Anglo-Francophone roots, ultimately resulting in disempowerment for Canadian of European heritage. Upon election in 2015, Justin Trudeau added another nail to the coffin when he re-branded caucasians as motley crew of racist bigots.

Not a single politician or media figure has pointed to the obvious: Liberal Multiculturalism has left Anglo-Europeans on the “outside looking in.”

In its nascent years, the multicult agenda wasn’t particularly threatening. In 1967, immigration to Canada– as well as our general population– was over 90% European-derived.

In 2022, just 15% of migrants to our country come from Europe. Over subsequent decades, source nations for migrants flipped to so-called developing nations and 3rd World countries. Today, the top sources for Canadian immigration include India, China, Pakistan, Iran and Philippines.

In a case of irony, PM Justin Trudeau speaks of the progressive nature of Canadian society, and its political climate. No one should be at all surprised that our PM is entirely selective in his so-called “progressive” pursuits.

Case in point: our country has progressed into one in which white citizens will soon become “another minority community.”

CAP really want to know: does this progression mean that Anglophones will one day be considered to be among ethnicities recognized as authentic minorities.

Short Answer: not if the Liberal Party of Canada remain in power. And by way of media, not at all. Nor will our Marxist-infused educational institutions recognize our legitimacy. In 2022, Anglophones have no place-setting at the table of Canada’s “multicultural banquet feast.”

Concerned Canadians would be wise to realize this, along with an additional thought: even after we become a minority, we will still be excluded. Degree of contemplation from media? Not a darn word.

See these names? These media figures come from a traditional Canadian background. They are not migrants from China, Pakistan, India or Iran. Including the bosses in the backroom.

Why is it that a shunning of Anglo-European Canadians exist on this basis? Why is it that these media people ignore every aspect of the erosion of Anglophone identity? Not only is media unwilling to speak of the future fate for white Canadians. They do not write about Canada’s future period.

Why not? We move into a speculative mode. Can it be that non-Canadian forces today control our mainstream media? Take, for example, attitudes of the press toward Canada’s religious communities.

One of Justin Trudeau’s greatest “successes” has been to transfer Christianity to a societal doghouse. After which he elevated Sikhism and Islam to the pinnacle of religiosity.

Brown, Crawley, Ivison, Mason, Ibbitson. Presumably, all come from either a secular and religious Christian heritage. Not one of them has a single word to say about Trudeau’s religious priorities.

CAP note consistency in thought and approach. Anglophone journalists say nothing about the demise of their own communities. Instead, they rant and rave over “Islamophobia.”

“Canadian and international observers are condemning media, politicians and other opinion leaders for turning a blind eye to a startling new report that shows a 260-per-cent increase in anti-Catholic hate crimes in the past year.”

PM Trudeau, self-professed Catholic, says nothing. CBC, CTV, Toronto Star print nothing. Seems bigotry in Canada is also exclusive– it only applies to religions sanctioned by  Trudeau and the Liberals.

It’s clear to see that there is something wrong regarding this scenario. If CAP had to guess, we would say Canadian media has been 100% politicized, and is currently controlled by international forces. Instead of dealing in protection of Canadian tradition, PM Trudeau  functions as the pied-piper of an attack on our society.

Not the French element. Being the king of self-serving political agendas, Justin Trudeau supports cultural retention and advancement for Quebec. Yet, away from the media spotlight, the man has nothing but scorn for Anglophone identity in Canada.

Media are hiding away every element of this social dynamic. Who does Justin Trudeau work for? Who are Canadian media working for? It’s all so sketchy as a so-called democratic society is transformed into a entity not a single Canadian voted for.

Does “diversity” rule the order of the day in contemporary Canada? Not in the least. It’s one thing for Anglos to transition to minority status. It’s another ball game altogether to be transitioned to a persecuted minority.

Is this where Anglophones are headed under Justin Trudeau’s Liberal-Communist Occupational Government?

1 thought on “Without Anglophone Inclusion Canada Has No Diversity”