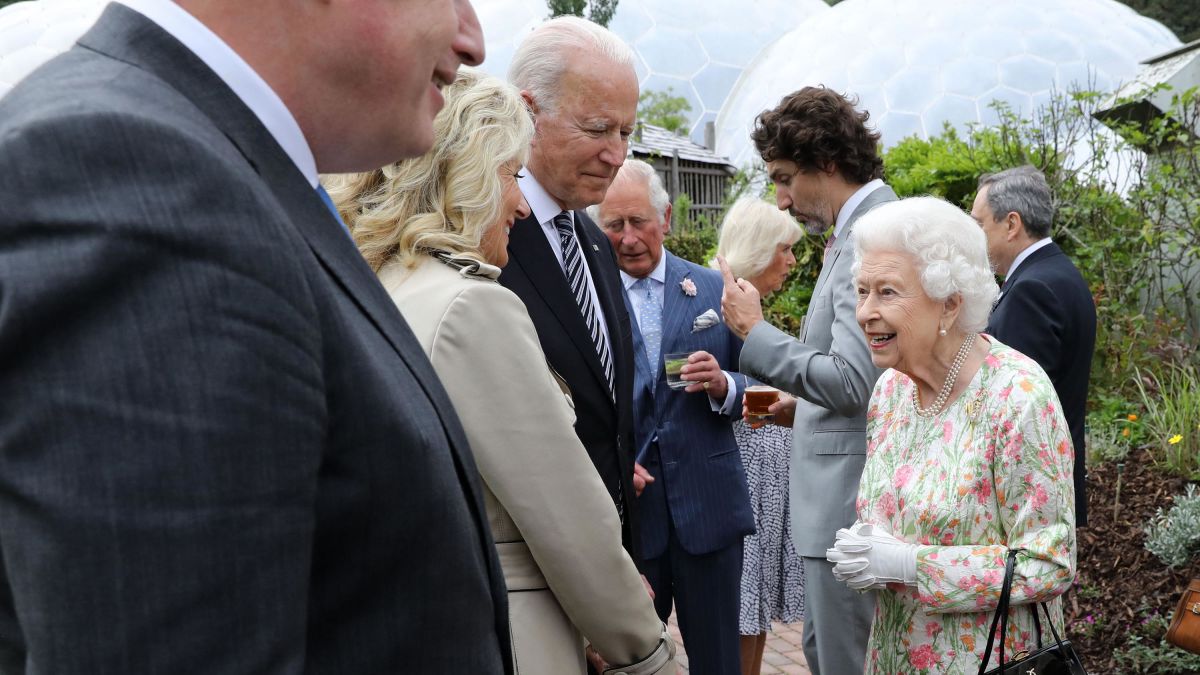 The finest example being the Residential Schools scandal. Have you heard the news? There are no examples of digging up the remnants of Indigenous children, or adults, for that matter.

In CAP’s opinion, the entire spectacle was unleashed for a specific purpose. It occurred just before discoveries that the Winnipeg-Wuhan Covid Controversy was about to become public knowledge. If exposed to the general public, citizens may have come to understand a nefarious relationship between Chinese nationals at a Winnipeg Virology lab, and an institute for virology in Wuhan, China.

It never happened. Call Cultural Action Party jaded, but we believe Liberal strategists could be at this moment scheming up political subterfuge related to the passing of Queen Elizabeth II.

Talk about timing. If you were Liberal back-room schemer Gerald Butts, would this not be a perfect time to pass, let’s say, legislation to censor the Internet? Is this not an ideal  circumstance to pull the wool cap over the eyes of the Canadian people?

With media in their pocket, this outcome is more than likely. Yet, in terms of political deceptions, the passing of the Queen could turn out to be the most pivotal moment in modern Canadian history.

“I don’t see the relevance of it, and I don’t think that most Canadians do,” Singh stated in an interview with Evan Solomon, host of CTV’s Question Period.

What a wonderful opportunity to do so. Astute followers of politics can anticipate PM Trudeau’s reaction. It’s all very sad– yada yada yada. For CAP’s money, it shall be a blatant lie.

As a political institution, Trudeau’s Liberals have nothing but scorn for the Crown. Why wouldn’t they, after one hundred years of Quebec-centric domination of the Party? As for Justin Trudeau himself, one could conclude he is still fighting the battle of the Plains of Abraham.

The only instance of our prime minister personifying any element of pride in Canada is when he gets worked up about being Quebecois. The rest of the time, he is trashing Canada as a racist, homophobic society.

Will the Liberals utilize the Queen’s death to advance their neo-communist ideology? What an excellent opportunity to drive a final nail into the anti-Anglophone agenda.

“While federal departments have kept detailed plans close to their chests, CTVNews.ca breaks down what we know so far about the next steps, and explores both the ceremonial and constitutional elements that the government is expected to set in motion.”

CAP pipe in with our opinion: if the Trudeau Liberal’s open the Canadian constitution it will mark the end of democracy in our country.

“Gov. Gen. Mary Simon, the Queen’s representative in Canada has offered her “deepest condolences” saying Canadians across the country will mourn her loss.”

Will GG Mary Simon personally mourn the loss of the Queen? Doubtful it is. As a First Nations advocate, there is no reason why Simon would take such an action toward a figurehead of British colonialism.

Otherwise known as a lie, the entire mourning spectacle on the part of our Liberal government will be nothing less than a dog-and-pony show. A certain percentage of the Canadian public will mourn her loss, but the Liberal party will not.

“Upon the death of the Queen, the federal Parliament and provincial legislative assemblies are expected to be suspended for a period of time.”

Blimey– another excuse for the Liberals to extend their endless breaks from Parliamentary governance. In retrospect, however, this erosion of democracy could be the least of our concerns.

CAP bet all the farms in Cuba that the passing of Queen Elizabeth II results in further distancing from the British Crown. The result means a deeper embracement of all that Justin Trudeau cherishes. Namely, Canada’s  transition to a 3rd World-dominated socialist state.

4 thoughts on “Will Trudeau Use The Queen’s Death To Separate Canada From Britain?”