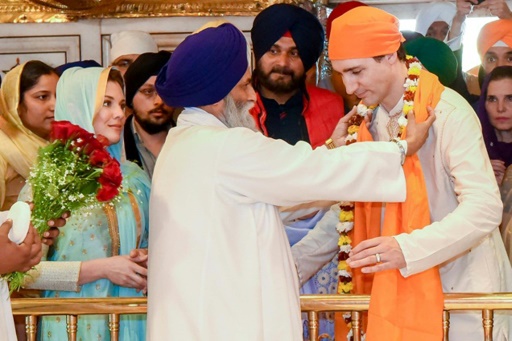 Cultural Action Party has a confession to make: after six years of observing Prime Minister Justin Trudeau, we still do not get him. Never before has a national leader been elected, after which they went to work for every country other than Canada.

An exaggeration perhaps– but not by much. Day one in office brought full dedication to Syria and its refugee problems. Trudeau followed this up with  substantial increases in foreign aid to dozens of Middle Eastern and African nations.

To be followed by citizenship for Islamic terrorists, an attempted free trade agreement with China, and a tweet informing illegal 3rd World refugees to rush the Canadian border.

After which Trudeau was re-elected for a second term in office. Observing the surrealism that is our PM’s international stage performance, it should have come as a shock that voters returned this man to office.

It wasn’t a shock, and neither is his general behaviour as PM. CAP put this down to one reason: media presentation. Mainstream outlets share a bad habit of  presenting unprecedented government decisions as if they are as natural as breathing air.

The result of which has sustained the Liberal-Trudeau political dynasty for six years. This may be coming to end. CAP emphasize the “may be”– we will believe it when we see it.

Yet, the chances look strong for another in an endless transition from a Liberal to a Conservative federal government. Unfortunately, society is caught in a political quagmire.

The Liberals are elected, and its time for sunny ways. The Liberals crash, and Canadians are buoyant with optimism for what is, in fact, a tired and tedious 100-year pattern. Around and around we go, while the political status quo remains.

Interesting to note media’s take on a potential Trudeau downfall. Everything other than one good reason for a fall from grace: the man has never stopped playing favourites.

It goes like this: Canadian-born citizens are racists. 3rd World-born immigrants are victims. Anglophones are bigots. Muslims are victims. “Old Stock” Canadians are homophobic, Gays are victims. Christians are genocidal, Aboriginals are victims.

Note the absence of historical context. Throughout Justin Trudeau’s parade of community apologies, was there ever an instance of placing Canada’s “national shame” within the context of its time?

Never is your answer. For Trudeau–or whoever programmed his brain to behave in this manner– a present-day Canadian is as guilty as one who walked our backwoods in 1867.

A fair representation? Not a chance in Hades. Did media ever point this out? The answer is never. Thus manifested a Trudeau-led attack upon our nation– self hatred trended toward the top of the charts. What a surreal set of affairs. Meanwhile, no one blinked an eyelash– certainly not within Canada’s big three- government, media and academia.

Favouritism– obvious, blatant and patently unfair. Not only this, an ideological breach of Canada’s Charter of Rights and Freedoms. All of a sudden, Anglophones transitioned to a villain community.

Then again, why should Justin Trudeau care? He is not an Anglophone. Why would he care if Western Canada got the shaft? He is an Eastern Canadian.

These are reasons why Trudeau is hated, and so many want him removed from politics. While media paint protesters as right-wing bigots at recent campaign stops, six years of community favouritism forms much of the impetus.

And pray-tell, what good has our PM’s action’s done for his precious 3rd World communities? Has the result not been one of anger and resentment from the rest of us?

Or perhaps a better way to express it– the result is social division. The very thing Justin Trudeau has for six years ostensibly strived to minimize.

Is the end in sight for this aberration of a national leader? CAP shudder to think of public reaction should this man find himself appointed for a third term.