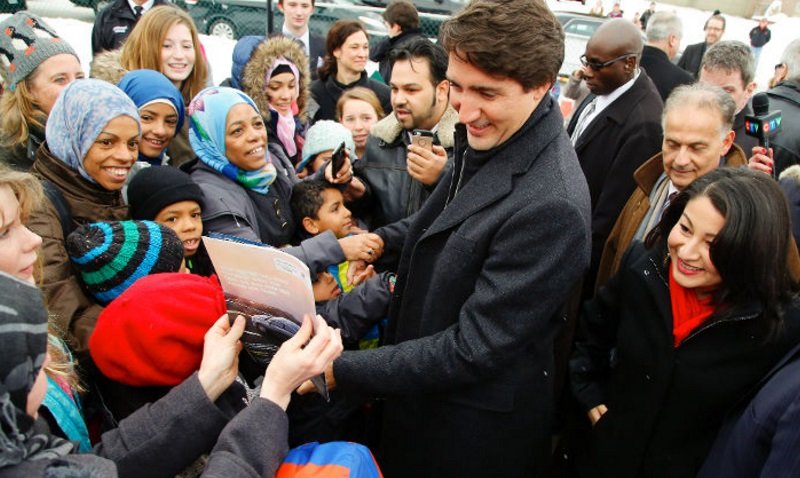 News of a Liberal minority win has breathed new life into the western separatist movement, tapping into the anger and frustration of voters who feel they’ve been short-changed by the federal government.

Up until today, Cultural Action Party of Canada has never advocated a break-up of our nation. Even after Justin Trudeau’s win in the 2019 election, we are hesitant to endorse this concept.

For CAP, we would like to believe that Canadian national unity is a positive state-of-existence. Yet, as readers are aware, we also believe that Justin Trudeau is fully capable of making decisions which could result in the break-up of our country.

Justin Trudeau is a divider, and a destroyer. We believe that by the time this man finishes eight years as prime minister, a fundamental element within Canadian society is going to be destroyed.

Naturally, democracy comes to mind–the Trudeau family being communist in political orientation.  Also, eight years of entrenching the Nation of Islam into both government and society in general may well bring about major conflict.

Quebec sovereignty has also gained a giant shot-in-the-arm since King Justin seized control– another example of a potential break-up of Canada. CAP believe all this is pre-meditated globalist behaviour for the purpose of decimating 152 years of Canadian identity.

To lead the charge, Justin Trudeau has been entrenched as pseudo-dictator of Canada. It is he who will lead Canada to its “post-modern” identity–one which is devoid of Anglophone identity. In addition, Christianity will continue to whither and die as Islam is established as our nation’s dominant religion.

The federal election results reveal a great divide between MP choices for eastern and western Canada. Take a look at one of those graphic maps which display winners by colour– red for the Liberal-Globalist Party of Canada, blue for the Conservative Party.

The only Liberal strongholds in western Canada are found in urban Vancouver. Most will realize these ridings are dominated by our so-called “minorities”— Surrey, Richmond and the rest.

Result? Polarization–the very thing that for four years CAP has claimed is at the heart of the Liberal-Globalist assault upon our nation.

Therefore, the feasibility of an east-west Canadian divide is not as far-fetched as it sounds. Congrats, Justin Trudeau, advisor Gerald Butts, and pit-bull refugee pusher MP Ahmed Hussen–you fellows are doing your assigned  roles wonderfully.

After all, your goal is to create enough chaos within our society that our historical existence crumbles, and falls. This is what communists do to democratic nations–you have served your cause well.

Early Tuesday, #Wexit began trending on Twitter in Canada, igniting calls for the West to separate from the rest of Canada.

“Trudeau’s re-election is going to tear Canada in half. Good job Quebec. You’ll get your separatism desires. The west is leaving,” read one tweet echoing the sentiment of many tweeting using the hashtag.

On Facebook, a group called “VoteWexit.com” surged in popularity, gaining tens of thousands of likes in a matter of hours.

Quite the momentum. This is a cause for serious thought, and deliberation. Would western Canada be better off existing as a separate nation from Liberal-Globalist dominated eastern Canada?

CAP are not advocating this–at least not at this point in time. We are merely contemplating the concept. It is, or is it not, a good idea?

One thing which would be wonderful is if Justin Trudeau was not our prime minister. With a separation this may occur–so there is one absolute which falls on the “Wexit” side. Also, for the most part, West Canada would be free from Trudeau’s Third World cabal of political power within government.

Just imagine–No more MP Ahmed Hussen, Omar Alghabra, Maryam Monsef or Iqra Khalid. Sounds like heaven-on-earth to CAP. Quebec would not be sucking up hundreds of millions of dollars by way of the Liberal-Trudeau-Laurentian Mountain elite.

Also, Justin Trudeau could no longer decimate Alberta’s energy industry for the benefit of Saudi Arabia. A major bonus of there ever was one. We would also be free of the naive Atlantic provinces and the success Trudeau and Gerald Butts have maintained by way of fooling these provinces into believing the Trudeau Liberals are actually working on their behalf.

So lots of good could potentially result from an east-west split. But, of course, there is downside–potential economic volatility generally results. There is risk, for certain.

“I am tired and I believe most Albertans are tired of being treated as a second-class colony,” Derek Fildebrandt, the leader of the Freedom Conservative Party of Alberta, told CTV News in March.

Prior to the provincial election in April, a poll from the Environics Institute found that 71 per cent of Albertans feel their province does not get the respect that it should.

An Environics survey published earlier this year found 53 per cent of Saskatchewan respondents agreed with the statement “Western Canada gets so few benefits from being part of Canada that they might as well go it on their own.” One can imagine the percentage has shot up since Trudeau’s October 21st, 2019 victory.

At this point in time, it seems impossible to state definitively whether “Wexit” is truly feasible, and truly desired by the people of western Canada– but CAP will not rule it out either.

Obviously, there is a potential upside, and possible downside. No one knows for sure. However, CAP will state that the mere idea--or the development of a tangible political movement–is an indication of an extreme fragmentation resulting from the so-called “leadership” of prime minister Justin Trudeau.

For CAP, this is the goal of the Liberal-Globalist-Third World Party of Canada.

5 thoughts on “Will Justin Trudeau’s Election Victory Result In The BREAK-UP Of Eastern & Western Canada?”