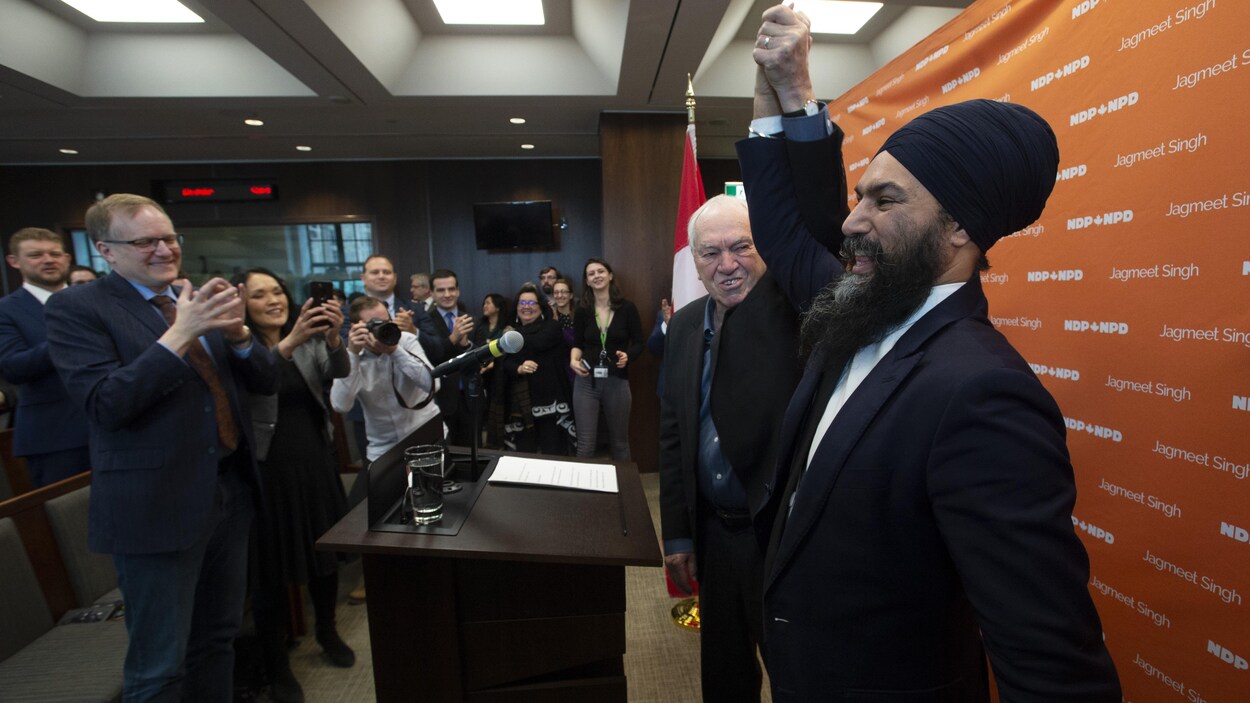 The House of Commons in Ottawa houses 338 members of Parliament. The ruling Liberals control 158 seats, with 119 for the official opposition Conservative Party. The New Democratic Party control a total of 25 seats.

On this basis, how many common sense Canadians believe it fair and reasonable that Jagmeet Singh’s NDP hold the key to which party forms our federal government?

According to establishment media, the structure is as right as rain. Nothing unusual can be found in the fact that a third place party holds the key to what is logically perceived as Justin Trudeau’s attempt to establish a Liberal Dictatorship.

A lack of condemnation from CBC, Toronto Star, and other legacy media outlets is to be expected. In 2022, media are working exclusively for the Liberal-NDP Coalition Government.

“I know the Conservatives will want to try to dress up in blue collar, but they have really always been on the side of big, wealthy corporations.”

Let CAP lay it on the line: everytime Jagmeet Singh feels the heat, he pivots to what at one time was fundamental to New Democratic Party policy: support for Canadian Unions. To do so today obscures Mr. Singh’s primary commitment.

Like Justin Trudeau, Singh is a card-carrying affiliate of Klaus Schwab’s World Economic Forum. As with our reigning PM, the NDP leader is dedicated to the Woke Globalist ideology perpetrated by Mr. Trudeau.

The two share an ideological belief system which promote the standards of woke liberal principles. Canada is racist, homophobic and xenophobic. In the name of climate change, key industries must be eroded in favour of progressive forms of energy production.

LGBT and Transgenderism are to be promoted to their fullest potential. Islam is good, Christianity is bad. Due to our press, Canadians fail to realize that every tenet of WEF philosophy is presently embodied by the Liberal and NDP parties.

On this basis, PM Trudeau has transitioned loyalty to country to dedication to WEF-based policy. From Covid jabs to covert communism, our PM embodies woke globalist ideology to the max.

Earlier in the year, the NDP and Liberals struck a governance deal to  allow the Liberals to stay in power until 2025. The deal didn’t establish a formal coalition– a definition that only applies when members from more than one party are in cabinet positions.

What to conclude? CAP offer our thoughts: the most impactful supporter of the LIberal Party of Canada is Jagmeet Singh, leader of the New Democratic Party. What an odd-ball phenomenon. To which our press respond with a shrug of their editorial shoulders. “It’s all happened before” being a standard of woke media deception.

One must understand the lay of the land in Justin Trudeau’s dying democracy. There are the chosen, and there are the damned. In this category, Jagmeet Singh stands on the shoulders of giants.

Barred from entry to India due to terrorism-affiliation accusations, Singh has not once been criticized by mainstream media. CAP has followed his career steadily since he took over as NDP leader on October 1st, 2017.

Since that time, the NDP have sank from 46 to 25 seats in the House. All good by way of the CBC. Five years as party leader, zero moments being scrutinized by media.

Why? Because he is Sikh? It’s certainly part of the equation. Canada currently has a “no-go zone” within its pluralist society. No condemnation of Sikhs and Muslims. In the meantime, feel free to bash way at the Christian faith.

“For employees who still refuse to be vaccinated without a reason related to health status, we would expect that the collective agreement would be followed. All collective agreements include a process for progressive discipline – up to and including termination.”

Not a problem for media. The sacrosanct nature of media’s approach to Mr. Singh is entirely suspect. For a man barred from entry to the birth country of his parents, the NDP leader sure has a lot of political pull.

Placed in a position where he can control the fate of federal politics is a condition which should be understood for what it is– globalist manufactured preservation of Justin Trudeau’s deepest dream:

Canada’s transition from a free and democratic society to an emulation of his family’s hero-nations. China, Cuba— take your pick. Whatever the choice, a commonality exists.

The destiny of Canada lies not in the hands of the people of Canada. In truth, a far bigger agenda has been implemented– one which is bound to transform society for all-time.

That is, unless newly-minted Conservative Party Leader Pierre Poilievre becomes the prime minister of Canada.

In this regard, one must be careful not to lean on superlatives. Mr. Poilievre will not serve as an anti-globalist superhero. If anything, the CPC leader may function as a stop-gap in a pursuit of Canada’s transformation to an authoritarian state.

If and when the Liberals regain the Canadian throne, it will be back-to-business. Cast-in-stone like a form of fundamentalist religion, the Trudeau government is set on dragging our society away from its traditional form of governance.

In its stead comes Trudeau-brand Liberalism. Which is, course, not Liberal in any traditional sense. It is, in fact, the blending of historical forms of governance. China’s communism, a touch of Cuba, a smidgen of Soviet communism, topped off with propaganda techniques drawn from 20 century European fascism.

Justin Trudeau and Jagmeet Singh are ideological partners. Upon the purchase of Canadian media by our PM, our press exist as disseminators of socialist-style propaganda.

Can one man–or one party– overcome the globalist grip upon Canadian society? Can such a party maintain control of government for the long term?

These are critical questions dealing with the political fate of our nation. Because of this, they will never be posited within the pages of our mainstream media.

In Trudeau’s post-modern Canada, ideological agendas come first. Communist in conception, government and media continue to pull the wool cap over the eyes of 38 million Canadians.

1 thought on “Will Jagmeet Singh Preserve The Trudeau Dictatorship Until 2025?”