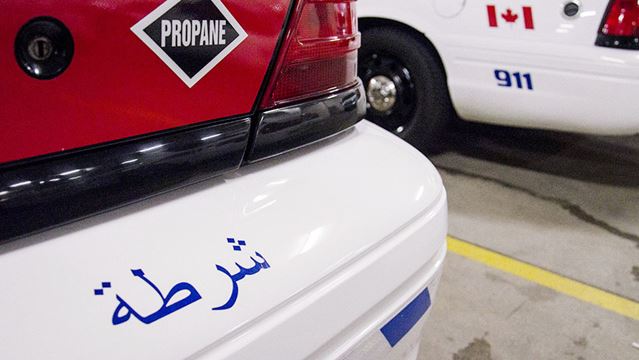 There are approximately 10,000 Muslims in Fort McMurray said Kiran Malik-Khan, Northern Lights Health Foundation board member. Fort McMurray is the home of the largest mosque in North America, a $50 million complex sized at 150,000 sq.ft.

How many Canadians are aware of these facts? Certainly a $50 million mosque, the largest in North America, is worthy of making the mainstream news in Canada.

Now, a hospital in Fort McMurray has become the first in Alberta to offer halal meal options. When people learned that halal options would be available at the hospital, Malik-Khan said, her phone started “blowing up.”

As it happens, Fort McMurray is Canada’s number one oil town.It is located in northeast Alberta, in the middle of the Athabasca oil sands, surrounded by boreal forest. It has played a significant role in the development of the national petroleum industry. A severe wildfire in May 2016 led to the evacuation of its residents and caused widespread damage.

Is there a connection between Canada’s energy resources and the rapidly growing Islamic community in Fort Mac? We don’t know. No investigative journalist has tackled the subject. This is, after all, politically correct  territory. Within Justin Trudeau’s Canada, these issues are rendered sacrosanct. No one shall question what M103-protected folks are up to. This would be an act of racism.

Being a smaller, northern community, Fort Mac is not within the purview of the 90% of the nation living along the southern border of Canada. It is not a place urban Canada is focused upon. But it is a place oil workers and other rural Canadians are well aware of.

So Fort McMurray goes UNDER the media radar. This is exactly how Liberal-Globalist forces want things to be. Covert operations implemented  in an incremental manner always roll this way. In fact, the same principle can be applied to Canada’s general society. For example, female genital mutilation, an Islamic religious practise rooted in Sharia Law, has been confirmed to have occurred upon Canadian soil.

What do Justin Trudeau and Minister of Status for Women, Maryam Monsef(ex-Afghani citizen), have to say about this? NOTHING. Turns out, FGM is illegal in Canada. Strange, eh?

Government and media in cahoots. Fort Mac morphs its way toward a new cultural and religious identity. Media say nothing. Now this is the true “post-modern” Canada– a nation where government and media are teamed up for a grand deception of the general Canadian population.

When government and media function as a cohesive unit, you have a move toward TRANS-forming Canada into a socialist state. That’s the way its done in China, and with Trudeau’s billion dollar injections into establishment media in Canada, that’s what he is attempting to do within our borders.