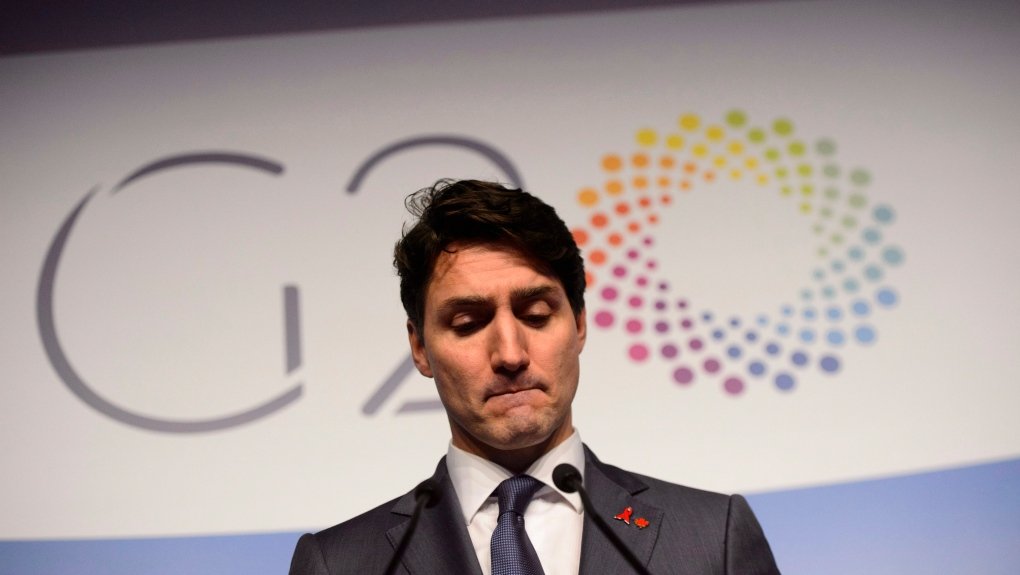 It is most interesting to witness the changing political tides in Canada post-election–particularly in  terms of establishment media presentation.

A word CAP throw around quite a lot is “obfuscation”-– the art of obscuring serious political developments, and/or a related spin to what is presented within media.

CAP believe this dynamic to be at the core of the recent Canadian federal election results. While CBC and others ramble on about pipelines, Justin Trudeau, Andrew Scheer and the rest, more insidious developments are taking place under-the-radar of public purview.

Specifically, we refer to the future of our nation once a potential eight years of a Trudeau-led government pass. Some thoughts:

Canadian immigration, refugee and multicultural policies are changing the fabric of our nation– most likely for all-time. Media say nothing. Curious, isn’t it?

CAP want to know why CBC, Globe & Mail, Toronto Star and others perpetually refrain from writing about where Canada is headed over the next fifty-odd years. Why does media continuously stay away from the topic of changing community demographics in Canada?

A truism in this regard: The percentage of “Old Stock” Canadians– a term introduced by ex-Conservative PM Stephen Harper, is on a serious downward demographic trajectory. Conversely, PM Trudeau has raised immigration quotas to their highest levels in nearly a century. Outcome? Due to immigration policy and birth-rate data, Anglophones are headed for minority status in Canada. Statistics Canada informs Canadians that somewhere around the year 2031, white Canadians will trans-sition to minority status in Canada.

A benign development? So devoid of meaning it moves one step below the importance of the winner of the Stanley Cup? A person might believe this if they are dedicated followers of the National Post and Global News.

CAP feel differently. We claim this is a giant social development–perhaps the most meaningful one in modern Canadian history. So why are media silent as the lambs about our pending minority status?

Sounds incredibly ominous to CAP--and there is more: what media have overlooked is a changing power structure as it relates to government, as well as our larger society in general.

CAP Opinion: Justin Trudeau is not working for “Old Stock” Canada– he is working exclusively for Third World Canada-– Sikh and Muslim in the main. This has not only empowered fundamentalist Muslims such as MP Ahmed Hussen(won again), MP Maryan Monsef(place of birth unknown-won again), and MP Iqra Khalid(M103 founder, won again).

These wins also happen to be a win for Islamic not-for-profit organizations–none more so than the National Council of Canadian Muslims. In our opinion, the NCCM is today the most powerful ethnic multicultural organization in Canada. The reason why is simple– Justin Trudeau.

It was he who permitted a political powerhouse to develop in this regard. Did you know? NCCM called for perhaps half a dozen Christian MP Candidates to step down from running for office. What gives them the right? Nothing at all- basically, sheer gall.

Turns out, this ethnocentric “diversity” group have a direct path to the top levels of power within federal government. It goes like this: NCCM decide an event constitutes “Islamophobia.” By what criterion do they make this decision? Easy– whatever they think constitutes so-called “Islamophobia.” Quite the privilege, eh?

Then, they speed dial MP Iqra Khalid. Remember, M103 is a motion which by its very wording elevates the Nation of Islam to a higher echelon than all other religions in Canada. It was created by MP Khalid along with Nation Council of Canadian Muslims. Sounds to CAP like power grab of giant proportions.

Of course, from Hussen to the prime minister is also a speed dial away. So what has really transpired here? CAP will tell: An incredible power grab by the Nation of Islam within federal politics–all of it 100% BURIED by Trudeau’s media puppets.

Now, we move to part two– Sikh Canada’s political push in Canada. n the 2015 Canadian election, twenty Sikh MPs were elected, the most ever. Of these, four Sikh MPs went on to become a part of the Cabinet of Canada under Prime Minister Justin Trudeau.

This means 17% of Canadian MP’s are Sikh, as well as 13% of Trudeau’s Liberal Cabinet. Percentage of Sikh-Canadians relative to Canada’s total population? 1.6 Percent of national demographic. As with all-things-Trudeau, it gets worse.

Take the riding of Brampton, Ontario. Media have failed to divulge some important ethnic political developments–namely, in all five ridings in Brampton, all five were won by Liberal Sikh-Canadian candidates.

In other words, the great untold story of the 2019 Canadian Federal Election is what mainstream media have neglected to inform Canadians about– the election was a giant win for Sikh-Canada and Islamic Canada. Everyone of Justin’s religious cabal in government won their seats again– MP Omar Alghabra, Monsef, Khalid– all of them.

Why? Immigration policy-that’s why. These and dozens of other ridings are in 2019 minority– white Canadians. Why isn’t this part of media narrative on the election outcome?

Meaningless? Irrelevant? Not on a patriots life it isn’t. Buried from the consciousness of Anglophone and Old Stock Canada? 100%–by way of media ostensibly controlled by Old Stock Canadians--how odd this is? Very–say CAP.

The problems Anglo-Canada finds itself in as a result are manifold. Under King Justin Timber-flake, the demographics are leading to a white minority Canada. But perhaps even more negatively profound is that our people are being diempowered within government.

This is how it’s done, fellow patriots–the globalist hi-jacking of Canada by way of the Trudeau Dynasty. By way of immigration and multicultural policy, Pierre Trudeau set up English Canada for its eventual decimation. Not Quebec, or French Canada. English Canada only.

Then, some forty year later, son Justin Trudeau came along to BURY English Canada forever. He would have trouble accomplishing this without communist-style media control–so the government bought the media.

This is the hidden, cover and insidious agenda of Justin Trudeau Media say nothing–not a single word.

CAP Conclusion: Justin Trudeau is having great success punishing Anglophone Canada for so-called historical racism. Of course, just as with China and India’s carbon footprints, Mr. Trudeau overlooks all racism in his favoured nations–China, Pakistan, Iran, Saudi Arabia, and the rest of the theocratic African and Islamic Nations.

Hypocrite of the Century! Winner of the October, 2019 federal election. Why did he win? CAP would say the number one factor was Canadian establishment media. When government and media function as a single unit, it is a signal that communism is in the house.

What is the Trudeau family’s preferred form of governance? Communism, of course–just as Globe & Mail informs us– NOT! What a wicked game these people play.

Justin Trudeau is nothing less than a globalist pied piper working to empower Sikh and Muslim Canada to the detriment of all other Canadians. Media say nothing.

Will eight years of Justin Trudeau bring about a geographical break up of Canada? It certainly could. Yet, other wars are being fought behind-the-scenes– ideological wars that 95% of our people are unaware of.

End of story…or end of English Canada? Let the reader be the judge.