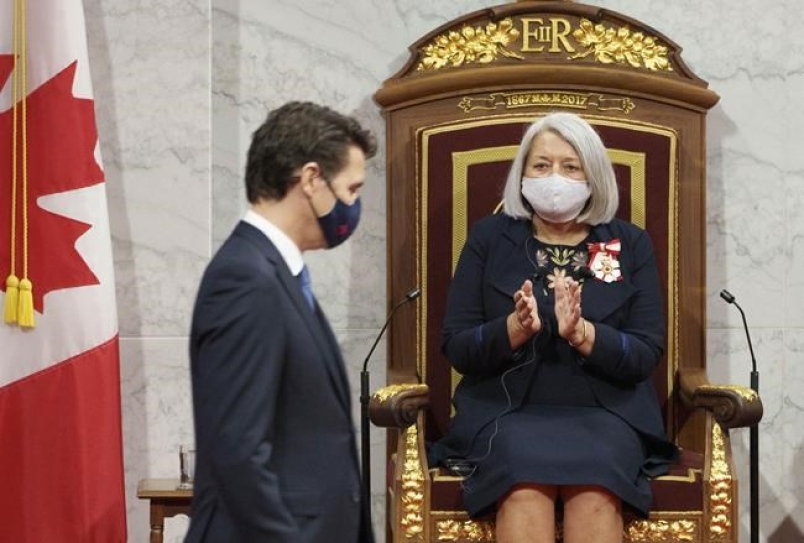 When it comes to federal election time, Canadians may note the repetition of a common thought: “the current election is the most important one in history.”

Permit Cultural Action Party to amend this– every successive federal election qualifies as the “most important one.” On this basis, serious students of politics– not to mention the general public– would do well to consider the following:

The current election is so much more than a battle between political parties. It is a battle for the life of democratic governance. What we have in our ruling Liberal government can best be described as an “ideological monolith.”

It is as if the very “soul of our nation” has been hi-jacked away from our citizenship. The “progressive” nature of Trudeau-brand politics offers little more than a progression away from the will of the people, and toward the all-encompassing will of government.

The signs are many. The Covid pandemic having paved the way for Canadians to become accustomed to authoritarian social structure. Should the Liberals win a third term in office, communist-derived internet censorship driven by Bill C-10 and Bill C-36 is waiting in the wings.

By way of the Trudeau government, Canadians are walking a steady, incremental path toward an erosion of individual rights. On a macro-level, this can be viewed as taking a silent journey from democratic governance to pseudo-communism.

Interesting to note how the process is antithetical to everything the Liberal Party claim to stand for. Founder of multiculturalism, Pierre Trudeau, integrated individualism into the fabric of society with his Charter of Rights and Freedoms(1982).

PM Justin Trudeau is methodically chipping away at this bedrock of Canadian governance. It is Canadian media who neglect to point out this piece of reality.

At the risk of spoiling the Trudeau family’s political soiree, one more term of this structure, and Canada as known from 1867-2015 will come to an end.

“Freedom is never more than one generation away from extinction. We didn’t pass it to our children in the bloodstream. It must be fought for, protected, and handed on for them to do the same.”

Thus spake ex-Hollywood actor, Ronald Reagan. The only problem is, he is correct. Democracy is not a “default” form of governance. Leave it untouched–meaning devoid of public input and influence– and it will surely morph into a political entity citizens never asked for.

How perfectly this fits Trudeau’s Canada. Let us not maintain illusions: with Justin Trudeau at the helm, our nation is one in which democracy exists for one day every four years– federal election voting day.

After which the will of the public is meaningless. Three terms of this, and on our hands will be a dead democracy. This is how much our current election matters.

Naturally, establishment media do not posit such a theory. In 2021, they are paid by our ruling government not to do so. Such is the “post-modern” state of legacy media in Canada— another dynamic indicative of a transformation from democracy to dictatorship.

Democracy is a political condition which must be fought for. This calls for action– not passivity. A lack of push-back will surely bring victory to the powers that be.

On this basis, we recognize the trouble at hand. Canadians can be fairly labelled as passive in nature. In general terms, we are not a hot-headed bunch.  Acceptance of political circumstances is the order of the day. Nationalism, as well as patriotism, have been transitioned to dirty words within the Canadian vernacular.

Read More– War Against Wokism: Has Trudeau Called An Election He Is Going To Lose?

Of course, one has to admit that the pandemic adds to our passive nature. Covid rules and regulations deny us the right to public gatherings– meaning public protests. Just as it is within non-democratic societies.

Over the past six years, our population has been taught that Canada is a racist, xenophobic, genocidal and homophobic nation. Not by First Nations or our LGBT community–but rather by our prime minister.

Pretty difficult to experience a resurgence in national pride on this basis. The outcome being an increase in our passive tendencies. Makes one wonder if these occurrences really are random in development. Perhaps there is more to condition than meets the Canadian eye.

Just as there is more than meets the eye in a third term victory for Justin Trudeau.

3 thoughts on “Will A 3rd Term Victory For Trudeau Spell The End Of Democracy In Canada?”