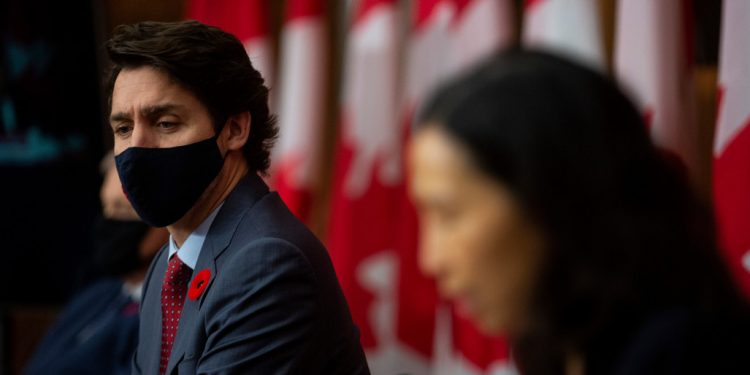 “The visit is grim,” says an elderly Canadian lady. “I have to be masked. My husband and I can’t reach out for one another. There is a chaperone sitting about 14 feet away who can overhear everything we say, and she’s there to prevent any kind of infraction.”

According to CTV News, Anna van Blankenstein says that “even a simple thing, like leaving chocolate for her husband, is not permitted.”

Welcome to the “Gulag Canadapelago.”

Yet, in reality, this is no laughing matter. Neither is The Gulag Archipelago, a novel by   Alexander Solzhenitsyn’s on internment camps in Siberia.

“He begs me to get him out of there… it’s a slow death camp.”

From Justin Trudeau’s “Sunny Ways” to slow death in 2021. What strange social transformation this has been. But you wouldn’t know it by Canadian media.  Their post-modern mandate is to present near-earth shattering social developments as if they are as typical as spring rain in North Vancouver.

Not a speck of push-back has emanated from Canadian media. On the government side, Vancouver Coastal Health did not respond to questions from CTV News about the care home’s policies.

Silence is golden. Or rather, silence is indicative. Is the pandemic in Canada resulting in an emulation of the style of governance found within totalitarian societies?

Why would this be? How about CAP take a wild guess: the reason is that Canada is presently being transformed into a totalitarian society. The desperation of Anna van Blankenstein and her husband provide a tangible microcosm.

Read More: Why Ramadan Should Be Reduced To A Single-Day Holiday In Canada

Perhaps Mr. and Mrs. van Blankenstein will brighten up upon receipt of the following news. Just this pass week, the Canadian Senate approved the following Liberal government bill:

Bill C-7 calls for “removal of the requirement currently in the law that a person’s ‘natural death be reasonably foreseeable.’ This will permit Canadians who are not terminally ill to choose to die by euthanasia.”

Some folks always look on the bright side of life. Here we have a most convenient “out” for the troubled Canadian couple, should they wish to take this Trudeau-induced option.

Isn’t the compassion shown by Justin Trudeau, the Liberals, and the Canadian Health Industry  a joy to behold?