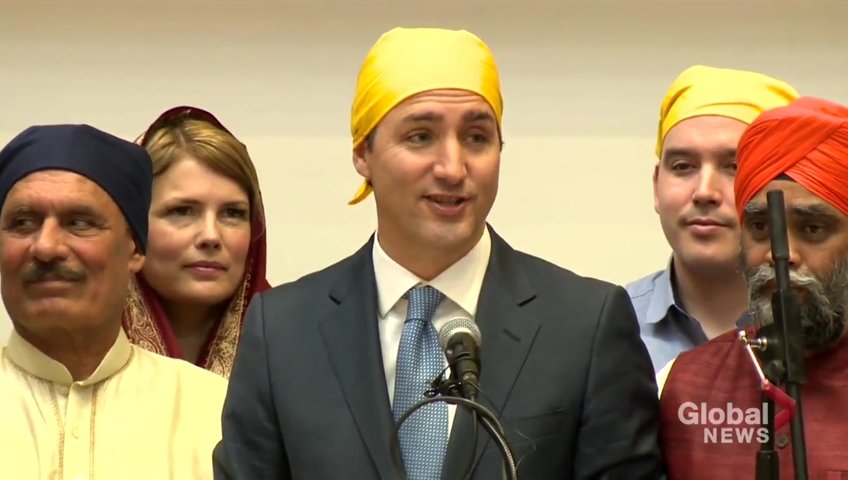 Question: How can Canadian multicultural policy be considered “inclusive” when a huge component of our population are on the “outside looking in?”

Question: Why are Canada’s “Old Stock” communities— those who comprise English Canada— as in Anglophone Canadians and other European-derived communities —excluded from the “multicultural banquets feast” as first established by French-Canadian Prime Minister, Pierre Trudeau?

All qualify as Old Stock Canadians—and not one of them has mentioned this intriguing social phenomenon? What does this say to those of us whose personal heritage derives from Britain, Scotland and Ireland?

Answer: One HELL of a lot—hence, total silence from Justin Trudeau’s team of Liberal-Globalist journalists.

How did all of this originally trans-pire?

One reason is because  a Quebecois-centric political ideology developed toward English Canada as a result of political power consolidation within Eastern Canada, and the province of Quebec in particular.

Pierre Trudeau is the original catalyst. His affection for socialism, communist regimes and despots like Fidel Castro got the ball rolling. Next, this man forced so-called “multiculturalism” upon our nation.

What is the “missing link” here by way of government and media? When one community wins, another may lose. This is what occurred over the 40-plus years since the world’s prototype globalist, Pierre Trudeau, trans-formed Canada into an entity not a single citizen ever endorsed. Media say nothing.

What CAP observe is a form of political vendetta on the part of “interested parties.” At the centre of this belief system is the hatred of the colonial heritage of our nation.

The blame goes towards those evil colonial racists—those who subjugated Aboriginals and declared themselves the “lords of the land.”

It is the British Imperialism element of the equation that the family Trudeau have always hated. Pierre Trudeau had a major problem with accepting this piece of history as reality.

This he passed on to his offspring. The heritage of Canada was to be vilified in accordance with this belief system.

What better way to gain vengeance than to eliminate the cultural identity of English Canada. It was all well-and-good for Quebec to retain its heritage— the Trudeau family are French-Canadian.

But from their perspective, the remainder of Canada—English Canada— is considered a pariah. Pierre Trudeau responded to his feelings by replacing bi-cultural English & French Canadian identity with his “multiculturalism” ideology.

Fact: Not a single Canadian citizen asked for this. Not one citizen approved this.

So why did it happen? Pierre Trudeau’s multiculturalism was accepted by government, Parliament, the Canadian Senate and every other branch not federal government without anyone batting an eyelash.

What message does this deliver to informed Canadians?

From the perspective of CAP, this suggests collusion, subterfuge and pre-meditation. Ask yourself—why were CBC and Canadian Corporate media 100% complicit in the acceptance of this so-called  “diversity” program?

The Multicultural Act of Canada became legislated in 1988. This statute— apart from immigration policy— has been an absolute “nation-changer.”

In the meantime, CTV, Globe & Mail, Vancouver Sun, Montreal Gazette, Chronicle-Herald, Toronto Star have been delivering our news from the time of the Trudeau multicultural “revolution.”

Yet, incredibly, not once has this monolithic media conglomerate expressed even one iota of what is being communicated herein.

For CAP, this can been incredibly bad news for Canadians  derived from Anglophone/European heritage.

This all played out during Justin’s series of grovelling apologies to Canada’s Sikh, Chinese, Muslim, Jewish and First Nations communities.

More than likely, however, some back room Liberal schemer(Gerald Butts) told King Trudeau to do this, and he followed suit without comprehending the true messaging—“whitey” is nothing but trouble for Canada.

Quite an abundance, actually. Sheema Khan on behalf of the Globe & Mail. Shree Paradkar via Toronto Star. Between 2015-2019—under the ruling Trudeau government— these and other writers were “dissing” our people in a major way.

How about Justin Trudeau-appointed Senator Ratna Omidvar. Did you know? There was a time when this “professional refugee” went running around to corporate board rooms asking why there were so many white men around the board room table.

Accusations of racism? Nothing— zero, nada, non-existent. How did Trudeau respond to this? He appointed her a Canadian Senator.  She was not elected. Senators hold their title until age 75, after which a fat pension awaits their twilight years.

Degree any of this Liberal-Globalist malarky has been exposed by CBC and the rest? You got it, fellow patriot—ZERO percent.

Prognostication: If this social and political dynamic continues for as long as Justin Trudeau wants it to, our peoples and our communities will end up exactly where Trudeau, Butts, Hussen and the rest of the Liberal government want us: in a proverbial “dumpster” of Canadian history