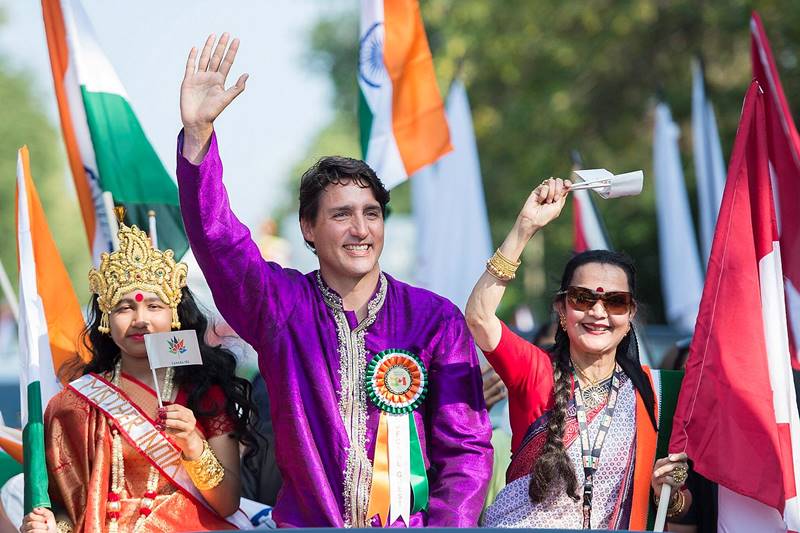 CAP Perspective: Both the ideology, and related Multicultural legislation, are in truth one giant power-grab.

Here is why: For one thing, multiculturalism in Canada has “no ceiling.” Meaning there is no point-in-time demarcated whereby this non-democratic imposition upon society will reach a point were it will be declared a “success.”

For CAP, this is ominous as heck. Think it over–it would be one thing if diversity came with a target--some kind of tangible evidence whereby the multicult agenda has come to its fruition.

Nothing of the sort exists–and CAP know why. Because the true goal is to completely overwhelm Anglophone Canada, as well as Francophone Canada. Add to this Christian-Canada as well.

Ever read anything along these lines within the National Post or Maclean’s magazine? Of course not. Why? Simple as pie– our ruling government and their liberal media partners do not want Canadians to understand this.

Why not? Because it is never going to end--that’s why. Justin Trudeau is preparing the way for “Old Stock” Canadians to become a minority community in Canada. Did you know this is coming our way? Certainly not by way of CBC--they do not speak of such things–ever.

What else does establishment media hide from the people of Canada? Try this on for size: since the time multicultural policy was forced upon Canadian society, something in the area of $30 Billion Dollars has been trans-fered from Canadian tax-payers to immigration, refugee and multicultural non-profit groups in Canada.

Merci, Pierre Trudeau!  But let us stick with the starkness for a moment. These billions have been utilized to advance, promote, and entrench Sikh, Chinese and Islamic Canada into the fabric of society. Who voted for this? No one at all.

CAP wish we could day that this is the worst of the assault upon our communities. It isn’t.

Along with this massive power-shift from Old Stock Canada to Third World Canada, comes a most oppressive agenda–the demonizing of tens of millions of Old School Canadians.

How was this accomplished? Try Justin Trudeau’s pethora of  apologies to Sikhs, Muslims, Jews, First Nations, Gays and Transgendered.

What is the sub-text in all of this? Why, the idea that white Canadians are a rabid gang of bigots and racists. We hate all non-white people–that’s the tacit message delivered.

Following this through logically, what can be gleaned from these concepts. CAP will tell:

How about the idea that playing the “race card” against big, bad whitey is a weapon to keep our community in a globalist “prison cell.” The Trudeau Dynasty sets Canada up to trans-sition from a European-dominated nation to a Third World-dominated nation.

In order to keep the socialist social experiement rolling along, any Canadian who complains–or even questions--the globalist agenda is immediately branded a racist. Is this not exactly what transpired when a lady from Quebec questioned Justin Trudeau about the costs for illegal border jumpers? Yes it did–followed by the same from Somalian half-citizen MP Ahmed Hussen.

Guess what, brother and sister patriots–your country is being stolen from you as we speak. Multiculturalism is the ideological weapon. Immigration the demographic weapon. Accusations of racism and bigotry keep Anglophones in line as they continue their journey to insignificance within Justin Trudeau’s “post-modern” Canada.