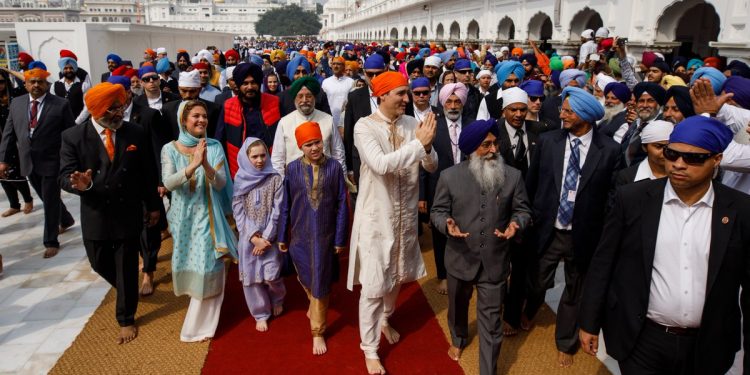 Every once in a while, most people have what may be called a “light-bulb” moment. This occurs when a new discovery crystallizes within a person’s mind—sometimes known as an “a-ha” moment.

Fair to say Cultural Action Party has experienced a lot of these. As a watch-dog organization focused on the Liberal Party of Canada, this isn’t a big surprise. Never before in history have Canadians been saddled with a spurious ruling government like the Trudeau Liberals.

Of all their machinations, the concept of subterfuge rings most clear. Here we speak of the positioning of a critical public issue as a pathway toward a nefarious political goal.

The finest example is, of course, the Covid pandemic. To our way of thinking, this plague upon society is conditioning our citizenship to accept the Great Reset Program of 2021.

CAP believe the true purpose of the “reset” is for democratic governance in Canada to be superseded by a form of pseudo-dictatorship.

What are some hallmarks of a dictatorial society? There are many. For our purposes, we will chose just one— an ability for the ruling dictator of the country to behave in “any manner they so choose.”


This is, in fact, what CAP has come to believe regarding Justin Trudeau. It matters not whether the man flies south to vacation with the Aga Khan on the billionaire’s yacht. Nor does it make a difference whether Justin sits idly by while $400,000 dollars are funnelled from WE Charity to Trudeau’s mother, brother wife and step-brother.

PM Trudeau can re-instatement citizenship for ISIS terrorists—which he has done—and he will still remain prime minister. At this point in time,  Justin Trudeau could darn well bust out in a Bollywood outfit, do the “hokey-pokey,” and still come out victorious in the next election.

What’s this all about? What is the reason for the “teflon coating” around our post-modern prime minister? Is he infallible, and cannot be voted out of office under any circumstance?

Sadly, CAP believe this to be factual. No surprise—we have a theory on the matter, and here it is:

Due to demographic outcome resulting from immigration policy, our country has reached a point of critical mass. In other words, Justin Trudeau and his back-room Liberal schemers are now aware that the voting population make-up in Canada is such that Trudeau’s position is secure.

Other circumstances contribute, of course— Covid being one of them. However, in basic terms, the time has arrived within a continuum of Canadian history that the Liberals are “locked in” for life.

For CAP, we are of the belief that neither the Conservative Party, nor any other federal party, will ever again form a federal government.

What does this mean for our reigning pseudo-dictator? As mentioned off the top, this man can behave in any manner he wishes, and still win an upcoming election. Also possible is that federal politics are at the stage where if an election is not one legitimately, it will be won illegitimately.

This raises a salient question: if this is the case—that Justin Trudeau is today 98% locked-in as national leader–why all the consternation regarding his holidays in Bermuda, etc? Is this not an exercise in futility?

Here we come to yet another in a never-ending series of political curiosities. The answer is found—no surprise— in establishment media.

Revenues come from “selling papers”– to use an anachronistic term. Nothing does the job like controversy. Therefore, the controversy surrounding Trudeau is now being manufactured for the purpose of public consumption.

For CAP, this is not only the reason for the Trudeau “hyperbole” show— it is also the reason why Conservative Party leader Erin O’Toole is positioned as a legitimate “contender.”

The man is nothing of the sort. Nor would be any other Conservative candidate. Any future election will be a “performance.” In other words, an upcoming federal election—whenever it may come along—is already over.

If it isn’t Justin Trudeau, it will be another Liberal. Our guess is more than likely, a female candidate. Still, our money remains on “King Justin” of Canada.

CAP’s crystal ball tells us that Justin Trudeau is in the year 2020 the “Fidel Castro” of Canada—in more ways than one.

Such is the hoodwinking of 38 Million Canadian citizens at the hands of the Liberal Party of Canada, their media partners, and their international backers.