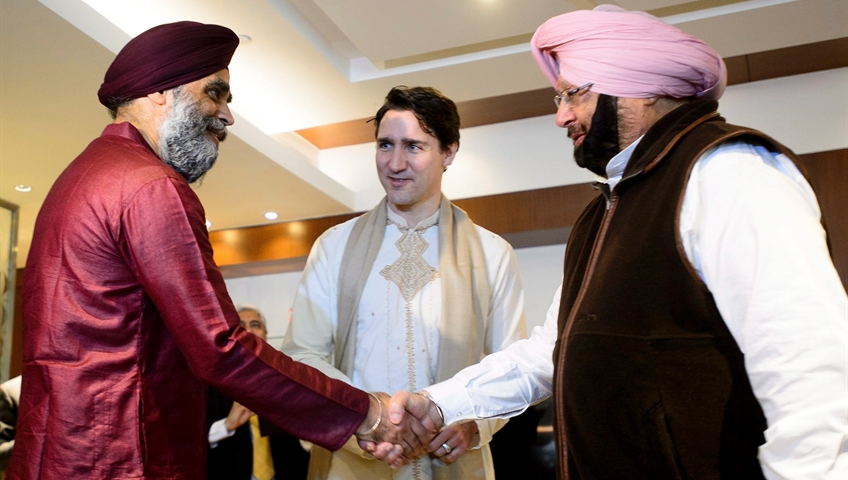 A recent development related to the Liberal government’s internet censorship Bill C-10 illuminates an issue of contention within Canadian society.

As reported by Post Millennial News, Trudeau’s censorship czar Heritage Minister Steven Guilbeault has put out a “Guiding Principles On Diversity Of Online Content,” in order to help reporters combat disinformation and misinformation.

“Guilbeault recently proposed a pre-election Anti-Racism Campaign targeting white voters. This campaign had “an emotionally compelling narrative of contemporary Canadian identity and values as antithetical to racism and discrimination.”

Regardless of whether the messaging is emotionally compelling, it lacks what must become established as a fundamental of Canadian identity: “white voters” is an improper term for these citizens.

Within an era of hyper-woke political correctness, the “white voter” designation must be rejected. An appropriate term would be “Canadians of European origin,” or a variation there of.

For citizens of British heritage, the proper term is “Anglophone Canadians.” How many times have you heard Stephen Guilbeault of Quebec utilize this term? Try never. The same applies for PM Justin Trudeau of Quebec.

The Liberal government and mainstream media have for years been referencing Sikh-Canadians, Muslim-Canadians and Chinese-Canadians. But never– meaning not once–has a comparable  verbal designation been applied to Canadians of British or European heritage.

Our communities are not “non-racialized” citizens–we are Canadians of European heritage. Think of the advantages this designation would provide. Suddenly, we have a defined identity within Canada’s pluralist society. No longer are these people a nebulous, disparate group of individuals. With “European-Canadians” as an accepted moniker, our people transition to one of our nation’s identifiable communities. This is, indeed, an entirely deserved form of social empowerment.

Which is the exact reason that it will not happen. Government won’t do it. Have any other patriots recognized the fact that after nearly six years in power, PM Justin Trudeau has not once referenced Anglo-Canadians in any way, shape or form? Nor have Canadian media.

Why not? Because to do so would be to grant official  community recognition to white Canadians. As it happens, this domain remains the exclusive property of 3rd World Canadians. What a privilege this is.

To contemplate even a shred of empowerment for European-Canadians by way of government or media is entirely laughable. It will never happen. How frustrating all of this is. This dynamic feels not unlike like the Lords Of Quebec ruling over hoards of Anglophone peasants. Can it be that in the minds of Trudeau and team, the battle at the Plains of Abraham never ended?

What all of this boils down to is simple in conception: tacit prejudice against an identifiable community. One more reason why pending second class citizenship for Canadians of European origin must be fought against tooth and nail.