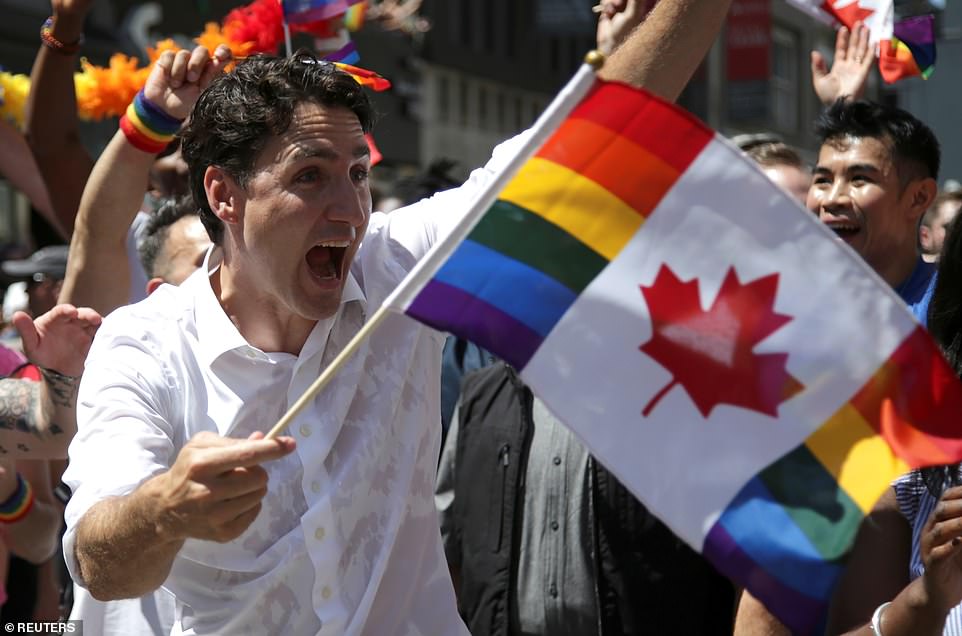 Nearly all Canadians have heard of minority rights, but a new report on transgenderism in Canada has placed the movement in proper perspective.

We couldn’t find a comparable minority segment if citizens went searching for Christians in Somalia. The transgendered in Canada comprise a paltry .03 percent of our demographic. Why then all the fuss?

It certainly isn’t based on volume-per-capita. The reasons must fall outside of demographics– thus rendering the movement political, rather than sexual. Transgenderism obviously has a social purpose beyond pure numbers.

Relative to its size, no movement in modern history maintains such a degree of influence. In 2020, 12.5 percent of Americans identified as African-American. In 2022, .03% of Canadians identity as transgender. The reason for massive over-representation is found not in human rights, but in dollar bills.

Trans-culture is big business. One of the leading promoters of the sex-change industry in America is Les Wexner, founder of a global retail empire that includes Victoria’s Secret. On a political level, Klaus Schwab of the World Economic Forum is giant supporter. So too billionaire banker George Soros. In Canada, PM Justin Trudeau leads the political charge.

Transgenderism is a cash cow for the fashion and cosmetics industries. As a result of gender dysphoria, Big Pharma rakes in billions. Studies prove that this segment of their market suffers from mental dysfunction far beyond the medium. To say nothing of the financial upside of hormone blockers and other trans-related medical procedures.

Degree to which Canadian media articulate the circumstances? Nothing at all– for good reason. Again, it comes back to the mighty dollar bill.

“Mark Crispin Miller, Professor of Media, Culture and Communication at New York University, writes If you’re a journalist now out of work, Bill Gates’ “Vaccine Boot Camp” is for you. He cites Gates as the largest donor to the National Press Foundation.

Human rights initiative, or pan-sexuality industry: that is the question. Unfortunately, one never addressed by legacy media. Or for that matter, our healthcare industry. Despite a plethora of studies indicating health risks, not a word of warning flows from the pens of Canadian journalists.

Why the sex-change industry receives carte blanche from Canada’s leading institutions is one of the most critical social issues of our time.

“While previous Canadian censuses asked only about sex, the 2021 edition asked about both sex at birth, which it said is determined by a person’s biological characteristics, and gender, which it said could differ from what’s indicated on legal documents.”

“Sex at birth”– the calling card of sexual post-modernism. While the numbers are miniscule, the sociological impact is vast. It is a  movement that is 98 percent driven by people who are not transgendered. Obviously, there is more than meets the eye within the world of trans-politics.

What are the string-pullers up to? Alternate theory offers up intriguing concepts. Intentional feminization of the male species. Population control through infertility. On a Freudian level, a method to pacify the “male warrior” archetype. Indoctrination in  schools suggest advocates are out to influence Canadians early in the game.

It should be no surprise that Canada has transitioned to the most “transgender-friendly” nation on earth. Justin Trudeau has served as an evangelist of the movement since day one in office.

There is a good reason why:

“The Partnership for Global LGBT Equality is supported by the Office of the United Nations High Commissioner for Human Rights and is operated in collaboration with the World Economic Forum.”

Is gender dysphoria being manufactured within western society? Why has Justin Trudeau transitioned Canada into a world leader in the movement?

No public approval, no mandate– no democracy. If Trudeau’s endorsement of the trans-movement isn’t quintessentially post-modern, what is?

7 thoughts on “Why The Fuss When 99.7% Of Canadians Are Not Transgendered?”