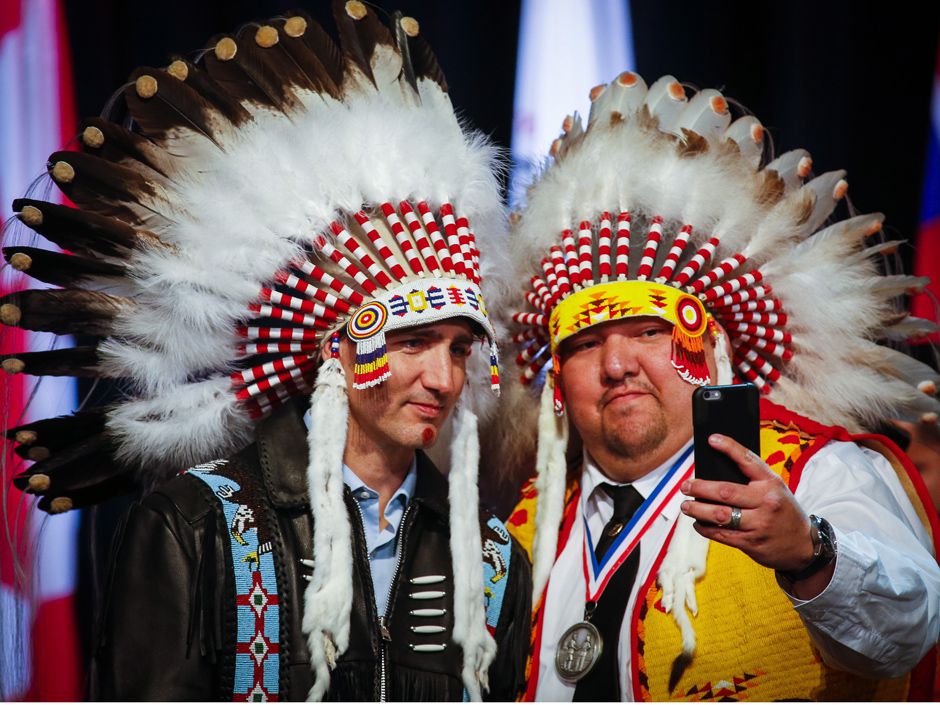 Since the second coming of a Trudeau-family prime minister, our nation has changed so profoundly it is difficult for a common sense Canadian to fathom. The reason this is not understood on a mass scale boils down to an issue of media presentation.

As far as Cultural Action Party can see, establishment media in Canada today function as a vehicle for Liberal Party protectionism. Amid myriad Trudeau government scandals, the CBC and corporate media constantly take the edge of government culpability.

It is true of WE Charity, SNC Lavalin, Aga Khan vacations, and more. It is also true regarding presentation of a recent discovery of the bodies of 215 Aboriginal children beneath a former residential school in Kamloops, British Columbia. A year later,  no evidence of children in graves has been identified.

If one thoroughly researches the history of residential school abuses, the key players will soon be discovered. As documented, the Catholic Church played a fundamental role. Next to the religious element, it is the Canadian government who are most culpable.

In this regard, it is impossible to deny the role the Liberal Party of Canada played in these historical abuses.

“Residential schools were created by Christian churches and the Canadian government as an attempt to both educate and convert Indigenous youth and to assimilate them into Canadian society.”

“During the years that Residential Schools existed in Canada, a Liberal prime minister held office 70% of the time.  Other than founding fathers Sir John A. MacDonald(Conservative) and Sir Wilfred Laurier(Liberal),the longest standing national leader during this period was ex-Liberal Prime Minister Pierre Trudeau.”

For all Justin Trudeau’s grandstanding with his “we will always stand up for oppressed communities and persecuted minorities” hyperbole, a tangible lack of action exists.

In response to the mass grave discovery in Kamloops, PM Trudeau stated that “We need to do more to support residential school survivors, and help with the healing process, and go at the intergenerational trauma that exists right across the country in Indigenous communities.”

“The Canadian Human Rights Tribunal ordered the government to compensate First Nations children who had been discriminated against by the government’s child welfare system to the tune of $40,000 each.”

“[Our current Liberal government] has been pushing back on the decision in court, with another government bid to convince the CHRT to drop two orders from the ruling scheduled to take place in June, 2021.”

Astute political observers will be aware of how much Justin Trudeau enjoys incorporating present-day shortcomings into his condemnation of historical Canada.  The fact is that at this very moment PM Trudeau is speaking out of both sides of his mouth.

When campaigning for prime minister in 2015, Trudeau made a promise to end the scourge of unsafe water found in over one hundred First Nations communities.

“Critics acknowledged the government has missed its March deadline on its own five-year promise, stating there is no credible excuse for how communities that have gone decades without clean water.”

Guilty. That’s what Justin Trudeau–as well as the Liberal governments of history– can be fairly labelled in terms of prejudice and oppression toward Canada’s aboriginal communities. Degree to which this is acknowledged by government, media, academia, multicultural institutions, elementary schools, professors, teachers and historians?

The answer is more than obvious–nothing. No such connection has been explicitly stated. On this basis, Justin Trudeau should be called upon to put his money where his mouth is.

What an ideal source this for financial reparations to our First Nations communities. This way, not only will the funds be paid out, but related culpability regarding the Liberal Party(not to mention Pierre Trudeau himself) would be acknowledged within Canadian society.

Degree to which this possibility exists? ZERO– this will never happen. Nor will any direct association between the Liberal Party and First Nations communities regarding the plight of our Aboriginal peoples.

Such is the degree of protectionism which has surrounded both the Liberal Party and the Trudeau family for the past five decades. Frankly, Cultural Action Party has never understood systemic veneration for the family and offspring of Pierre Trudeau. We just do not get it.

There is something mighty sketchy residing in the wings of the Liberal-Trudeau-Media triumvirate. Perhaps one day– long after the residual damage has occurred, the people of Canada will find out the reason for this greatest of mysteries.