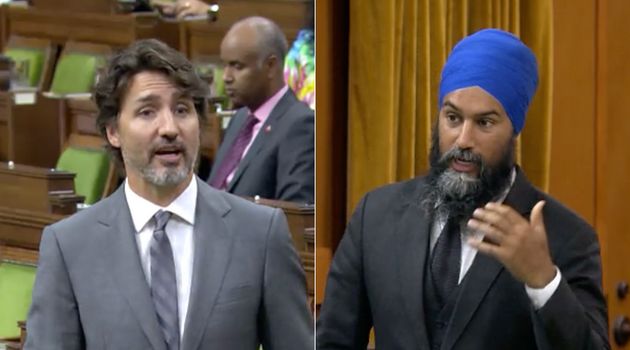 With the recent approval of Bill 96, Prime Minister Justin Trudeau has granted his home province of Quebec the greatest piece of political autonomy in modern history.

Offering an ability to amend the Canadian constitution, PM Trudeau has transitioned Quebec into nationhood status. No other province has been granted this right. Ironically, our ruling PM has selected the singular province  which abstained from signing the Constitution Act in 1982.

What a massive privilege this is. The whole thing reeks of Eastern-centric favouritism as advanced when Pierre Trudeau repatriated our constitution to erode Canada’s connection to Britain.

Despite Pierre and Justin Trudeau’s animosity toward western Canada, there now exists a ray of hope– that is, if the government of Alberta or other western province act fast.

At this very moment,  Alberta should be leveraging the development in a major capacity. From a constitutional perspective, this could serve as a game-changer for the province.

As quoted in the Calgary Herald, Alberta Premier Jason Kenney has thrown his support behind the Quebec autonomy push.

Premier Kenney says he “admires Quebec’s attempt to declare itself a nation in Canada’s Constitution.”

“In fact, he feels Quebec is leading the way for Alberta to assert its own powers and identity.”

A promising sign this is– until Kenney backtracks in subsequent statements:

“All I can say is, Justin Trudeau having acknowledged this means he’ll acknowledge it for Alberta, should we ever decide to make a unilateral amendment in an area under our jurisdiction.”

“Kenney has no interest in declaring nationhood for Alberta,“ said the Toronto Sun.

How does one interpret the words “should we ever decide?”  Sounds to Cultural Action Party as if not a shred of urgency exists. Premier Kenney will simply sit back, and permit the momentum to dissipate.

As any political pundit worth their salt knows, success is largely a matter of timing. Based on his statements, in no manner will Jason Kenney seize the moment to consolidate political power on behalf of Alberta.

The point here is not one of separation from Canada. It is not an “Alberta as a nation” agenda. But it is a political opportunity–one in which Jason Kenney is willing to watch while his political wheel deflates into a flat tire.

What a losing game Western Canada constantly finds itself in. When an opportunity appears to rectify the wrongs inflicted by Ottawa on Alberta over  past decades, the Premier goes flaccid.

“We are plotting out a longer term strategy to build a stronger, more resilient and more autonomous Alberta within the Constitution,” the premier said.

What ever happened to the concept of Carpe Diem? As in, making the most of the present moment. Strike while the iron is hot. Make hay while the sun shines. Instead, Alberta’s premier speaks only in vague terms.

“One idea could be in the future the codification of an Alberta provincial constitution. Formalizing that might be a way of expressing some of the unique values that unite Albertans.”

To what extend will this warm the hearts of disenfranchised Albertans? Try nothing at all. The countless grievances, the endless frustration directed toward Ottawa in terms of the Alberta Oil Sands, transfer payments, and all-around shabby treatment.

The messaging is clear: as it benefits the Trudeau government, Premier Jason Kenney will permit an opportunity for political autonomy in Alberta to slide through his hands

CAP find this quite sad. And the messaging is clear: Jason Kenney is not a man of action regarding the health and welfare of the people of Alberta.

READ MORE: Trudeau Grants Amendment Power To Only Province That DID NOT SIGN Constitution

In a way, this brings us back to the theory endorsed by Cultural Action Party since the day Trudeau placed the Canadian crown upon his shaggy head:

There is in existence a pre-conceived agenda at play within society. Against the will of the public, Canada is being led down a path toward irreversible political transformation.

This appears to run along the lines of a plan for an end to democratic governance. Is a covert dictatorship in the tarot cards for our future? Is Western Canada being alienated as part of this transformation? Are we at the end of an era which existed before PM Trudeau dropped a  “new Canadian order” on our national doorstep?

The questions are endless–the answers unavailable. What CAP will say is that the outcome is going to be one of clear-cut winners and losers.

The idea that Alberta, or Western Canada in general, will emerge on the winning end of Trudeau’s Great Reset game is the long-shot of the century.

The only possible remedy would be found in an emergence of brand new political players. The Conservative Party will never beat Trudeau. The federal NDP bring only harm. The Liberals are hell-bent on a destruction of democracy.

While some seeds for a break in the political status quo exist in the Maverick Party or the PPC, there is obviously “a lot of work to be done” before these parties graduate into legitimate challengers.

The very reason why Justin Trudeau pays mainstream media to ensure they never do.