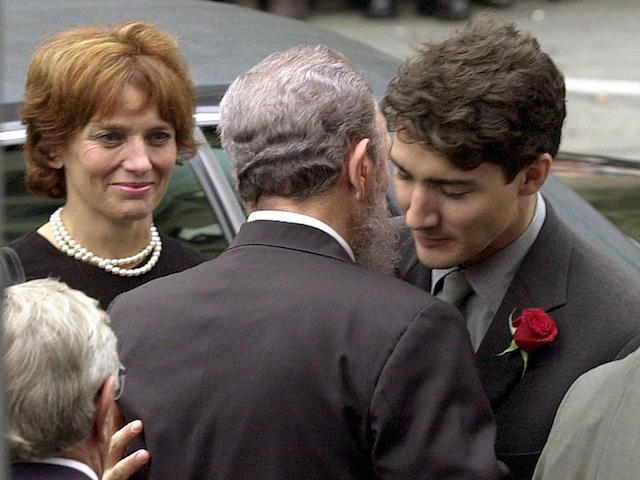 If democracy in Canada be a valued institution, our nation cannot afford to have another Trudeau-family member as prime minister.

At this stage of the game, no one can predict whether a child of Justin & Sophie Trudeau will one day run for political office. Seeing as we now live in the era of Charter breaches in the name of China’s Covid dissemination, CAP call for one of our own:

It should become law that no member of the Trudeau family of Quebec is permitted to hold political office in Canada. We admit that our desire leans toward the implausible.

Yet, if Canada knew what was good for it,  all Trudeau family members would be banned from public office.

Good thing the brother of our PM Alexandre Trudeau has stayed clear of politics. If not, Canada would have two pro-communists influencing our political order.  Canadian media cover up filial reality:

Alex Trudeau has heaped praise on China, Cuba, Mao Tse Tung and Fidel Castro. Establishment media has not a word of criticism for it. Additionally, middle brother has directed a film funded by the government of Iran. Correct CAP if we are off-base, but it’s unlikely that the Iranian government would permit condemnation of their country from a documentary film-maker. Naturally, communist enthusiast Alexandre did no such thing, instead justifying the theocracy’s build-up of nuclear arms. Don’t you know– they are for “defence purposes only,” claims middle brother.

Youngest brother Michel Trudeau didn’t live long enough to transition to a supporter of communism. In 1998, the supposed third son of Pierre and Margaret Trudeau was said to be killed in an avalanche while skiing in British Columbia.

CAP are not so cruel as to pick away at the children of Justin and Sophie Trudeau. Instead, we speak of potential future replication of the Pierre-Justin Trudeau dynamic.

It’s something media has obscured since the day Trudeau the younger became prime minister in 2015. In many ways, Justin exists as a political and ideological extension of presumed father Pierre.

To replicate this in the future would most certainty finish off democratic governance for all-time. Not that the chances of this occurring regardless is out of the question.

At this stage of the game, government has been reduced to going through the democratic motions. In reality, our transition to a socialist dictatorship has likely occurred. One more victory for the Liberals in an upcoming federal election is certain to seal the deal.

In truth, there is only one way for the offspring of Justin Trudeau to become successful in politics. That is for media to promote them. It’s far from an impossibility. What we arrive at is a condition all thinking Canadians should consider:

To vote for a Trudeau-family member is to vote for implementation of a fixed, anti-democratic and anti-Anglophone national agenda. Despite Justin Trudeau’s “progressive” platitudes, the Liberal Party are a fossilized dinosaur of ideological pursuits.

Functioning not unlike a secular fundamentalist religion, the Liberal belief system is set-in-stone. No amount of public protest will change this fundamental fact.

As such, a Trudeau prime minister serves as a mechanism for erosion of freedom and democracy in Canada. What’s to say another family member cannot be groomed to continue the  degeneration of democracy in the dying Great White North?