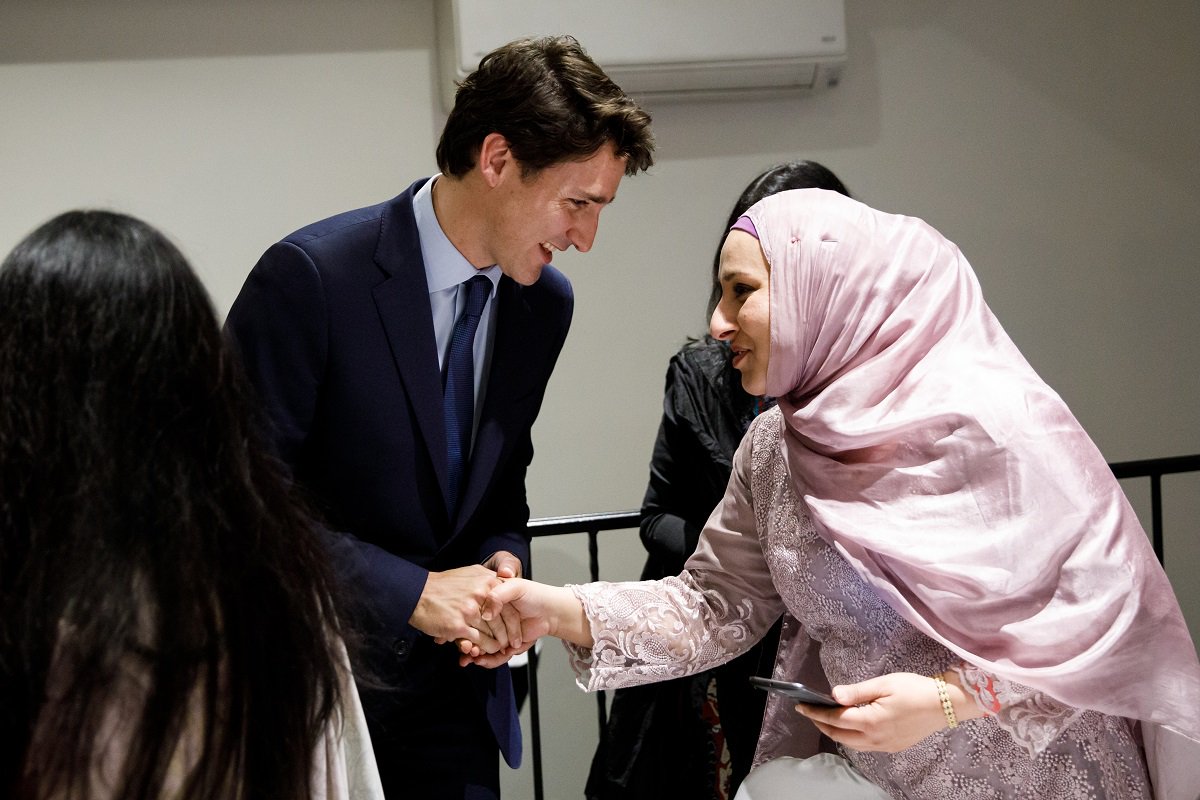 It would do Canadians well to contemplate an unnerving trend in society. Why is it that fringe social issues continuously take centre-stage in federal politics? For example, transgenderism. Based on media presentation, one would believe that transitioning one’s sexual identity is a commonplace experience among citizens.

Of course, it isn’t. 99% of Canadians do not indulge in the practice. Yet, by way of mainstream media, an objective observer would believe sex change surgery to be as common as rain in North Vancouver.

For what purpose do media stick their noses so deeply into this topic? How Canadians define themselves sexually is a personal issue. If a consenting adult wishes to indulge in a practice, so be it. Why has transgenderism moved from the periphery to a core Canadian value? More than likely, money lies behind the motivation.

Another issue stirring up social discord is the wearing of the Hijab. As with transgenderism, some 1% of society indulge in wearing an Islamic head-covering. It didn’t prevent Conservative Party leader candidate Patrick Brown from launching into the Hijab debate on day one of his campaign.

Brown accused Pierre Poilievre of supporting a proposed “Niqab ban” at citizenship ceremonies, part of the Conservative election platform back in 2015. Patrick Brown must want dearly want the Conservatives to lose the next federal election. The move is dog’s breakfast. In an instant, Mr. Brown reinforced the worst stereotypes advanced by media against the CPC. All the more material for PM Justin Trudeau’s hired guns at CBC to fixate on the “race-card” as applied to the Conservatives.

We uncover a common theme purported by Cultural Action Party. Trudeau’s Liberals do not have to beat the Conservatives– media are going to do it for them. In typical fashion, they omit elements of the debate in order to exacerbate social conflict.

Not once have the usual suspects– CBC, CTV, Globe & Mail, Toronto Star— pointed to a relevant fact: the religious garb Bill 21 is provincial legislation. Pierre Poilievre and Patrick Brown are running to lead a federal party. The Hijab controversy falls outside federal jurisdiction. Media don’t give a damn– resulting internet clicks take priority.

Among all consternations surrounding these religious community issues, not once has media– or “experts” of any kind– offered a simple solution. To solve their problem, the hijab-wearers could take off the head-coverings.

“An outrage” scream woke Liberal warriors. “This is racism at its most extreme,” say the Canadian Anti-Hate Network. It is, in fact, nothing of the sort. Rather, it falls under the category of adaptation to the values of the majority.

We illustrate our position: If a Canadian moves to Iran, Saudi Arabia, Afghanistan or Iraq, would their governments request they adapt to local customs? The answer, of course, is no. Government would demand they do so.A problem for CBC, CTV, Globe & Mail and Toronto Star? Not in the least. It is a double-standard typical among Canada’s “woke” community.

We break the dynamic down to elemental terms: is the problem one of accomodation, or adaptation? Among issues of this nature, even the slightest expectation of adaptation is construed as an act of racism. When ex-Ontario Premier Kathleen Wynne visited a local mosque to campaign for votes, what went down? The Imam told her she must wear a head covering if she wished to enter the mosque. She accommodated their wishes.

All fine and dandy by way of media. But when the Quebec government inform teachers that religious garb must not be worn on the job– it is racism. Or better stated, it is “Islamophobia.” Does the fact that Bill 21 applies to Christians, Jews, Buddhists, Hindus and Muslims detract from the claim? Not in the least.

At an October, 2015 press conference during that year’s election campaign, Pierre Poilievre “defended the policy of forcing Muslim women to remove the niqab while they recite the oath of citizenship.”

Poilievre said it was “reasonable to ask someone to show their face and the party would not succumb to political correctness by accommodating the veil at such an important event.”

A fair and reasonable request for a measure of adaptation. It didn’t happen. What transpired is what always results in these situations. It is incumbent upon the host culture to adapt to the demands of so-called “minorities.” This piece of reality is in no manner arbitrary– it constitutes the essence of Canadian multiculturalism.

And what of media’s role? To what extent do the press serve as arbitrators in these  social conflicts? Their behaviour is the exact opposite. Media exacerbate the problem. They pour vinegar in the wounds and pick at the scabs afterward.

Such as it is that issues affecting one percent of society serve as “make it or break it” elements of federal politics. In reality, it is a case of usury all-around– a favourite hobby for PM Justin Trudeau. Canadians deserve better than this– but they’ll never get it.

Instead, media stir up the dust in a perpetual attack on the federal Conservatives. Let us cut to the chase: the press want the Liberal Party to win the next federal election.

A Conservative Party leader will not be selected until November, 2022. Already the race-card is in high-gear. An election is likely two years away. By the time it occurs, establishment media will have drawn, quartered and buried the Conservative Party of Canada.