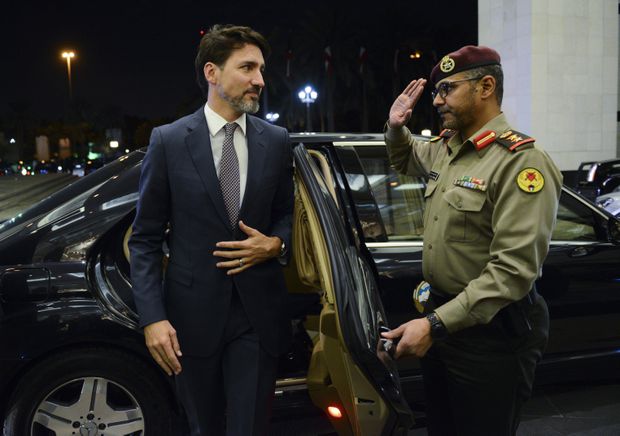 So states current prime minister Justin Trudeau. Beyond his personal belief system, media’s role in the debasement of Canada remains a curious outlier.

Throughout Trudeau’s trashing of history and heritage, our media have tossed aside a rational concept: history is most accurately viewed within the context of its times. The result being an unjustified government and media attack upon society.

Take as an example Trudeau’s apology for the Komagata Maru incident of 1914. Are we to toss aside the fact that in 1914 concept of civil rights did not exist? This incident– one in which no violence or death occurred– took place before the creation of the United Nations. It occurred previous to Martin Luther King and the American civil rights movement.

Long before John Diefenbaker’s Bill of Rights in 1960. As well as six decades previous to Pierre Trudeau’s Charter of Rights and Freedoms.

Degree to which son Justin Trudeau gives a damn? Try nothing at all. Nor does the CBC and corporate media. What to conclude?

On this basis there has been, and continues to be, an unspoken agenda of systemic degradation aimed at “non-racialized” Canadian communities.

How the flame fired up after Justin Trudeau became PM. No politician has ever lit a match under the fire of anti-Anglophone prejudice like our current PM.

It is within this context that over a six-year period Mr. Trudeau did a giant disservice to our communities. The Liberal government has vilified “Old Stock” Canadians. A collective of multicultural organizations, diversity advocates and “woke culture” experts have rallied behind him.

Throughout the process, PM Trudeau remained a popular figure. It is therefore with a sense of irony that his popularity began to crumble after an election call in August, 2021.

Despite media complicity, it appears the general public are turning on Justin Trudeau. To remain level-headed, this does not guarantee he is lose this election. The smart money says “we will believe it when we see it.”

The reason resides in a idea which transcends party platforms, political campaigns and MP candidate door-knocking. In 2021, these are the little things– mechanics which may influence– but do not necessarily determine election outcomes.

We speak of the “big picture” found in the power of political ideology. Moving to a global context, there are forces in the world pushing for a Liberal Party victory.

China is one of them. WeChat, the government-controlled social media giant, has made up its mind which party they want to win the Canadian federal election:

“Please vote for the Liberals and use your power in the Chinese community so that we can have a chance to influence the future of Canada.”

The United Nations, Middle Eastern governments, 3rd World nations– all want the Liberal Party to win. It only makes sense. They know from experience that Justin Trudeau will throw more money at them than any other politician.

Fascinating it was to witness the election candidate debate on September 9th, 2021. The vibe was obvious– money is tight, budgets are micro-managed. Delivering additional program funding is like pulling teeth.

Seeing as this is the case,  why is Justin Trudeau shipping off billions of tax-dollars per year to nations of the Middle East and Africa? Why not re-direct even 50% of those toward domestic economic needs?

Interestingly, it never happens. Incredibly, no one ever mentions it. Do tell, Mr. Prime Minister– is it fair to conclude that you care more about foreign nations than you do about Canada? Are political systems in Iraq, Pakistan and Somalia more to your liking?

Now, for the penultimate question:

Why would a prime minister demonize the citizens of our nation while at the same time work so diligently on behalf of non-Canadian interests?  When did the people of Canada endorse, approve or vote for an inversion of governance of this nature?

Never is when. Therefore, an agenda must exist outside of the will of the Canadian people. Is Justin Trudeau the leader of such a movement? If so, could this be reason why the most unpopular prime minister of all-time could win a third term in office?