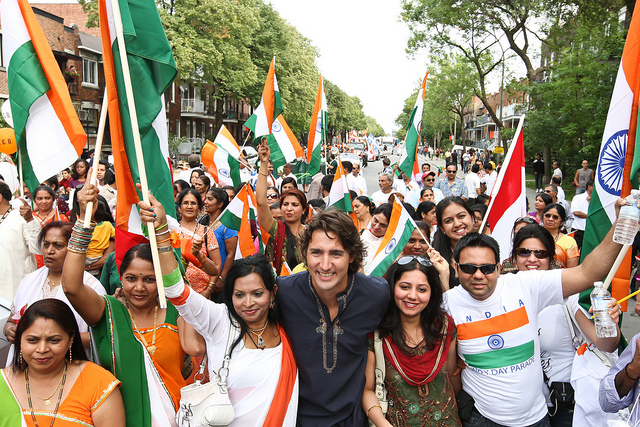 Cultural Action Party has written extensively about the transformation of Canadian politics that began at the time Justin Trudeau first became prime minister of Canada.

The thrust of our commentary is consistent— since the advent of PM Trudeau, democracy in Canada has been eaten away like a beaver chews on a log.

Steadily, incrementally— Canadian governance has become a tag-team event—government takes the lead, while establishment media dance around Trudeau transgressions. Under these circumstances, political leadership has developed an orientation in 2021 that is best described as “pseudo-communist.”

It is the fusing of the two entities–government and media– which form a foundation for all socialist and communist societies. To paraphrase Canadian media critic Marshall McLuhan, the “government is the message.”

Reading between lines can bring a degree of enlightenment. For CAP, certain concepts filter to the top of the political totem pole:

The thought that Justin Trudeau is the first national leader who got his job because parties other than Canadian voters wanted this to occur. We believe Trudeau wasn’t voted into office as much as he was planted into office.

Under such circumstances, this also means that after Trudeau attained his post-modern Canadian crown, he is to remain there indefinitely. Within nations the Trudeau family most admire— Justin, brother Alexandre, and Pierre Trudeau before them—there are no elections.

For the past forty-plus years, the Trudeau boys have venerated communist nations such as Cuba, China, and the former USSR. The same applies for dictators Mao Tse Tung, Fidel Castro, and various Soviet leaders.

Strangely, Canadian media have never had a problem with this. What an odd state-of-affairs. Canada is an historical democracy, while these countries are totalitarian. Why on earth would this be “fine and dandy” by way of mainstream media?

Distilling down this information, logic informs us of a simple concept— if the intention is for Justin Trudeau to be a “Castro-clone,” how will an opposition party leader become voted into office as prime minister?

Such a simple question, really— it will not happen. Any and all competition to the throne of Canada will be smothered to give additional breathing room to the “chosen one.”  In other words, Conservative Party of Canada contender Erin O’Toole will not lose the next federal election. He will, in fact, be barred from winning an election.

HIDDEN BY MEDIA:  Was The Mysterious Death Of Michel Trudeau Covered-Up By Canadian Media?

Between the two lies a world of difference. Democracy is rendered non-existent, elections morph into a  media side-show, and election results are given before the ballot booths even open.

Media have for decades refused to expose a profound truth: immigration from 3rd world nations has created a Liberal-lock upon federal governance in Canada. Ground zero is the Greater Toronto Area, where every majority 3rd world riding is complimented  with a Liberal MP of 3rd World origin. A whopping 55 ridings out of 338 exist in the GTA region alone.

Also hidden by media is the fact that Brampton, Ontario is a “minority-white” constituency. It is not the only one. Brampton contains five ridings. Every one of them has a Sikh-Canadian Liberal as MP.

CAP wonder if such a thing actually qualifies as “multiculturalism.” It can be concluded the situation is really more one of mono-culturalism.

Such political incorrectness is, of course, one reason why CAP articles are banned from mainstream publication in Canada. Continue on with the largest immigration quotas in history, and one day there will be no such thing as a riding that does not fall into a circumstances herein described.

Media say nothing. Nor do they breathe a word about a specific factor in the demise of democracy—the Covid pandemic. While the pandemic results in myriad  transformative effects upon society, media only focus on only one— the health of our citizenship.

Here is another element— the process of voting. Ostensibly due to Covid, Justin Trudeau continues to push for high levels of online voting. Talk about a methodology open for abuse and manipulation. Ever heard of hitting a delete key? How about vote-counters apply this to several hundred thousand votes for  Erin O’Toole before their noon-time lunch break?

Where is the accountability? With no paper trail, this idea becomes more than feasible. Yet, in reality, we still have not come to the “silver bullet” that is sure to gun down Mr. Erin O’Toole.

This is, of course, the branding of his political self as a racist, bigot or xenophobic candidate by the Liberals, and their media partners.

It is already occurring. Perhaps the ramping up of said activity means rumours of PM Trudeau soon calling a federal election may be correct.

CAP hereby refer to Conservative Erin O’Toole by the following: the man is dead meat. He won’t win, because he will not be permitted to win. If election manipulation doesn’t get him, the “race card” will. It worked against Andrew Scheer and Stephen Harper, and it will be just as effective against Erin O’Toole.

If fair was fair, Mr. O’Toole would be packaged with a “Not Permitted” sign attached to his campaign marketing strategy. True democracy in 2021 Canada is a myth, and any future election will return Justin Trudeau to his political perch for a third term.