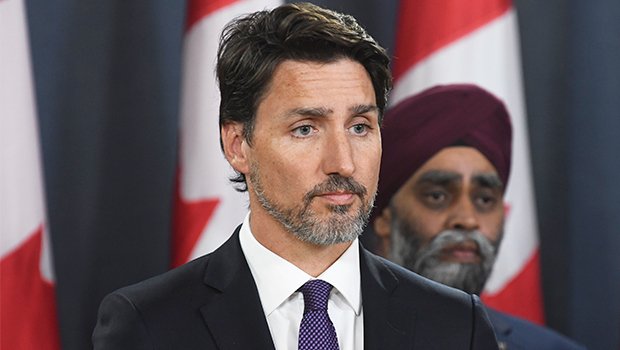 As CAP has rambled on about incessantly, we believe there is far more meaning to Prime Minister Justin Trudeau’s unilateral branding of Canada as a “post-modern” society.

One reason we do so relates to general media response to this curious proclamation– as in, they do not have one. Do other patriots find it odd that such a statement would be washed away like a spin-cycle on a Sears washing machine?

Why did this statement fly by the consciousness of 37.8 Million Canadians? Because CBC and corporate media want it this way. Unfortunately for the socialist machinations of Trudeau’s media protection agencies, others are cluing in to the true meaning of Trudeau’s words.

Over the four or five years since Saviour Justin “blessed” Canada with this invisible identity, one meaning is bubbling to the top more than all others:

In Trudeau’s mind, the post-modern label means an erosion of the political, social and economic power Anglo-European citizens have maintained for a century. In this we find the contents of our PM’s animosity toward English Canada. Contained within is a thinly-veiled animus toward  those of us who are of Anglophone-European extraction.

For CAP, all this points toward to a singular conclusion: the government of Canada is in the process of trans-itioning Anglo-European Canadians into “second class” status.

CAP has coined this community “Second Nations” Canada. For Trudeau, this is a legitimate and fair payback for a certain historical conclusion– Anglo-Canadians treated First Nations Canada like dirt in the early days of Confederation, and for decades beyond.

The piece CAP cannot understand: If white Canada stole the land from Aboriginal Canada, why is it that Trudeau’s Liberal-Globalist plan to  steal it back comes not from First Nations, but rather from Globalist- Third World political forces?

On with the show, this is it. See the scheme worked up by PM Trudeau, MP Ahmed Hussen and the rest of the ruling Liberal government of Canada?

So in reality, the agenda is one not of cultural payback, but rather one of “national theft.” Now for the bad news–this is the Canada of PM Trudeau, Finance Minister  Bill Morneau, Cabinet member MP Chrystia Freeland, and Cabinet member MP Ahmed Hussen.

Without question, Canada has been morphed into a nation which hates itself. Not so much actual Canadian citizens, however. It is found more in a comprehensive program of community demonization–something Trudeau has indulged in everyday he has remained PM of Canada.

CAP has a term to elucidate the phenomenon: “Anglophobia.” We believe this is an integral element of post-modern Canada. CBC disagree. That is, we guess this is the case. We don’t know for sure, because in the four decades since Multiculturalism was forced upon society, CBC and corporate media have never issues a SINGLE WORD about what we are speaking of within this article.

It’s downright mystifying: Since the year 1971–nearly a 50 year span— the government of Canada, CBC, CTV and Globe & Mail have informed us about how racist Canadians are. Of course, the historic element pales in comparison to what has gone down since King Justin seized control.

Racism against the Chinese in 1905. Prejudice against Sikhs in 1910. Refusal of Jewish Refugees in 1939. Bigotry toward Muslims 2015-2020. Homophobia, genocide–the whole nine yards from establishment media for the past 40 years.

The impact upon “Old Stock” Anglophone-Canadians? Not a SINGLE SENTENCE. Now come on–for heaven’s sake– how can this be anything but pre-meditated ideological warfare?

The fact is, Canada is getting more and more “Anti-Anglophone” as each day passes. Racism in 2019 has trans-itioned into the more potent “systemic racism” in 2020. Know what this means?

Here it is: “Multicultural” Canada gets to push around Old Stock Canada at will. In “Justin-land” a caucasian Canadian can be refused employment because of their skin colour and ethnicity– when they are an Anglophone. This is no laughing matter–it is reverse racism in the flesh.

CBC say nothing–while promoting the “trend” with almost daily vitriol against our communities. Meanwhile, we sit back and put up with it.

Why? One reason is the “racist tag” our people will be stamped with when we speak out against it. Conclusion? In 2020 society, a singular identifiable community is officially sanctioned as a “villain” community– PM Trudeau took care of this one between 2015-2019, and he continues to this very day.

This entire phenomenon must be rejected by Canadians. The problem inherent in this relates to the extent that Canadians Of European Heritage actually comprehend the program.

The more who do, the greater the pushback against a blatantly punitive agenda toward one specific community. Media hide all this away on behalf of government–therefore they must agree with government.

If not, the only conclusion is that CBC and the rest are forced into this position by the Liberal quasi-dictatorship currently controlling the destiny of our dying democratic society. Our communities must reject this pseudo-totalitarian agenda–or die trying.