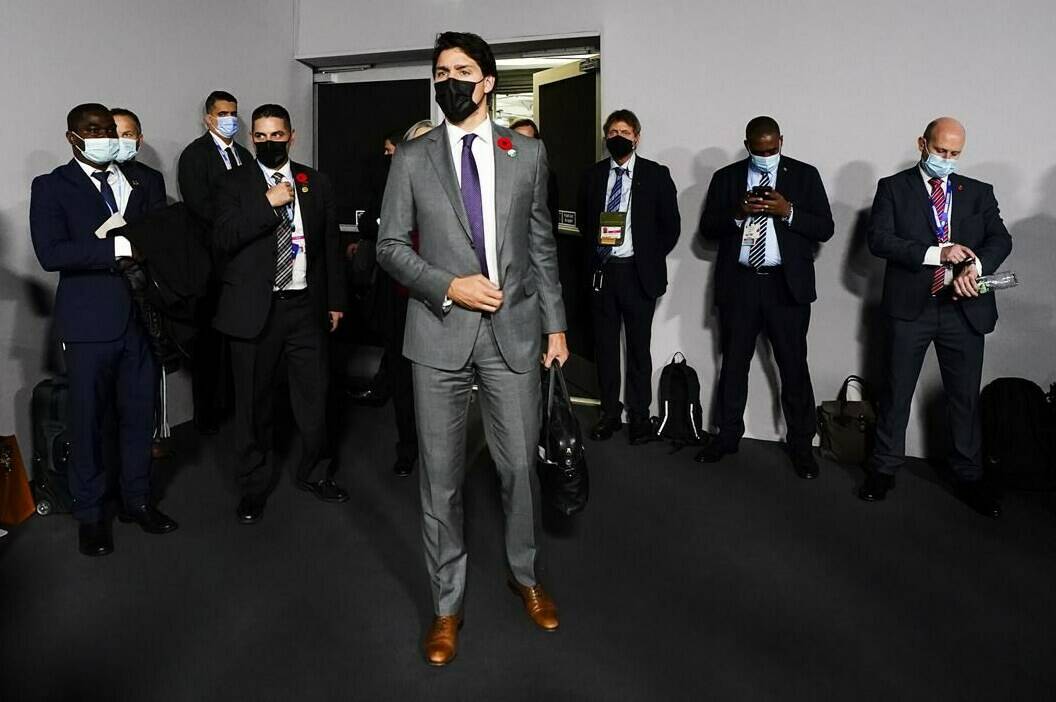 To post to facebook, click here:
The country of Canada is the most curious of nations. Over the past decade, citizens have stood as witnesses to an unprecedented social phenomenon. In this we recognize a profound transformation: our nation has become an inverted society.
This has been the case since the advent of Prime Minister Justin Trudeau. In 2021, non-Canadians are our society’s most celebrated inhabitants. Narry a month passes by without some form of  celebration of non-Canadian cultures of the world.
In Ontario, home to 300,000 Hindus, November 1st marks the beginning of Hindu Heritage Month. To commemorate the event, enormous billboards have been placed throughout the Greater Toronto Area.
Despite Covid, fireworks for Diwali were permitted in the City of Brampton. PM Justin Trudeau and minister of national defence Anita Anand were there tojoin in on the festivities.
“There are stories of us scapegoating minorities in this country that, unfortunately, is a part of our past — to leave aside the shameful colonial history that we’re trying to reconcile.”
— Justin Trudeau
Turns out Canadians could barely catch their breath from the previous month’s celebration. October is Islamic Heritage Month:
“Canadians have an opportunity this month to learn about the history of Islam in Canada and recognize the many achievements of Muslim Canadians. It is also a time to acknowledge the ongoing challenges and barriers that Muslim Canadians face.”
“There are many institutions that we have in this country, including that big building across the street from us, Parliament, that has and is built around a system of colonialism, or discrimination or systemic racism.”

— NDP Party Leader Jagmeet Singh
Getting the picture? If you are, it’s because CAP has brought together disparate pieces of data to paint a cogent portrait of our social condition. You won’t find it anywhere else– mainstream media would not dare to do such a thing.
What conclusions can be drawn? We head back to “inverted society” theory. Within contemporary Canada, our natural order has been reversed. Praise be to foreign cultures. Woe be to pride in Canadian identity.
Don’t you know? New arrivals and refugees serve an imperative for our very existence. PM Justin Trudeau has transitioned Canada to a “Salvation Army Nation Of The World.” And watch your back bacon if you disagree. To the racism doghouse with you, right quick.
Here is short list of what British/Anglophone heritage has delivered to Canada:
Democracy, human rights, civil rights, parliamentary structure, constitutional governance, law, judicial system, legal jurisprudence, habeas corpus, freedom of speech, freedom of the press.

Irony of ironies— it is through these systems that a privilege to publicly run down our nation exists. These rights don’t exist in China, Iran, Pakistan, Syria or Chad. Degree of appreciation from diversity enthusiasts?  Not one speck of it.
What is wrong with our country? Call CAP crazy, but we do not see even one nation of the world functioning in this manner other than Canada.
Does China have a perpetual self-esteem problem? How about Pakistan? Are they indulging in daily self-flagellation like Canada is?  How about Iran— are citizens found on a collective psychiatric couch pouring out angst over their national identity?
It’s all so absurd– yet it is the reality of life in what Justin Trudeau has branded “no core identity” Canada. Any Canuck worth their salt should know what this means. If our nation is presently devoid of a core, in time it will be filled with a brand-new core.
“We failed them,” stated PM Trudeau when offering one of a plethora of apologies to our “minority” communities. Nothing epitomizes our national ethos like these three words. According to a three-time elected prime minister, our country is a failure.
To think no ulterior reason exists for this social dynamic is the absurdity of the century.
— Brad Salzberg, CAP Founder(Est. 2016)