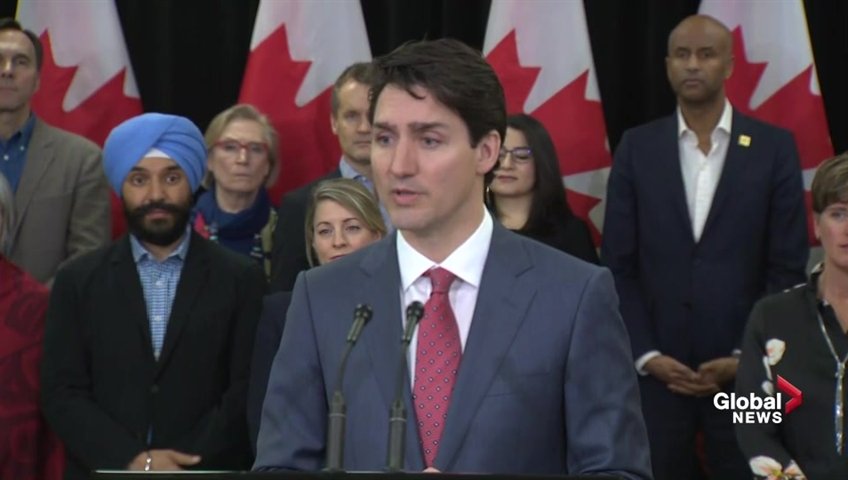 And now we are looking at the “crime of the century.” For Canadian patriots born between 1950-1970,  this refrain from rock band Supertramp is right on the money.

What is the crime? First of all, it is subtle. We are not speaking of a social agenda which is easy to identify. Of course, this is because in 2020 society, government own media.

It is this pre-conceived globalist cover-up which is hiding away the most profound development within the past 100 years— the path Anglophone Canadians have been set upon leading to community vilification, marginalization and pending minority status.

For CAP, the day that Justin Trudeau became PM—October, 19th, 2015–is the day civil rights for Anglophone and Christian Canadians became essential. It has never happened–partially because media crush all attempts by branding “whitey” racist and bigoted.

Make no mistake, fellow patriots–this is calculated to keep our communities in a virtual prison Trudeau has created for our peoples. Community Pride? Sorry–that’s racism. Anglophone rights? No way, Jose–that is reserved for Canada’s “nouveau-privileged” peoples– Sikh, Chinese, Muslim and other 3rd world communities in Canada.

You see, without a real awareness, a form a post-modern “warfare” has been waged against the descendants of the founders of Canada.

This is not your “guns and tanks” brand of warfare, but rather an attack from the “inside.” What makes this attack so formidable is found in which entities are leading the battle.

First and foremost is, of course, Canada’s Prime Minister Justin Trudeau. In 2015, Mr. Trudeau assembled a crack team of Liberal traitors for his Cabinet. This marked a “first” for our nation– Cabinet was filled with members who actually HATE our country--beginning with PM Trudeau, and advancing to several half-citizens from the 3rd World.

Fast forward to 2020, and we find Anglophone Canadians to be the brunt of all problems faced by our incoming new arrivals. The agenda goes like this–keep on whining, bitching, and crying racism until those doing the accusations steal away social and political power for themselves. Leader, J. Trudeau.

Did you know that the CBC has now implemented employment hiring practises which PREVENT the hiring of Canadian because they are white? Do you why 90% of Canada has no clue about this? Because CBC neglected to inform 38 Million citizens that this is the case at this very moment.

What an absolute sham! Witness as our communities are thrown in a trash pile based on Pierre Trudeau’s entrenchment of “multiculturalism” within society. No referendum, no vote– NO democracy.

This is the Trudeau family to the max. Justin has done the very same with the Nation of Islam, who are set to become the most powerful social force by way of the highest per-capita immigration policies on earth–another tid-bit that CBC hold back from our knowledge.

Simply put, if Anglophone and Christian Canadians do not begin to leverage Charter Rights as successfully as, for example, Islamic Canada has, we are in deep,deep trouble.

Think about our future as a “minority community” lacking the minority rights that 3rd World Canada now have the privilege to maintain. This is it, folks– the method of how “Old Stock” Canada will become a “Second Nations” community in Canada in due time.

Now for the truly frightening part: there are many, many power players in Canada who DREAM of this becoming a reality. Some are prime ministers, others are ex-immigration ministers. Many are found in the so-called “multicultural” organizations which Anglophones are funding with their tax dollars.

Paying for the demise of your own people? Yes! This is the crux of the matter, right here.