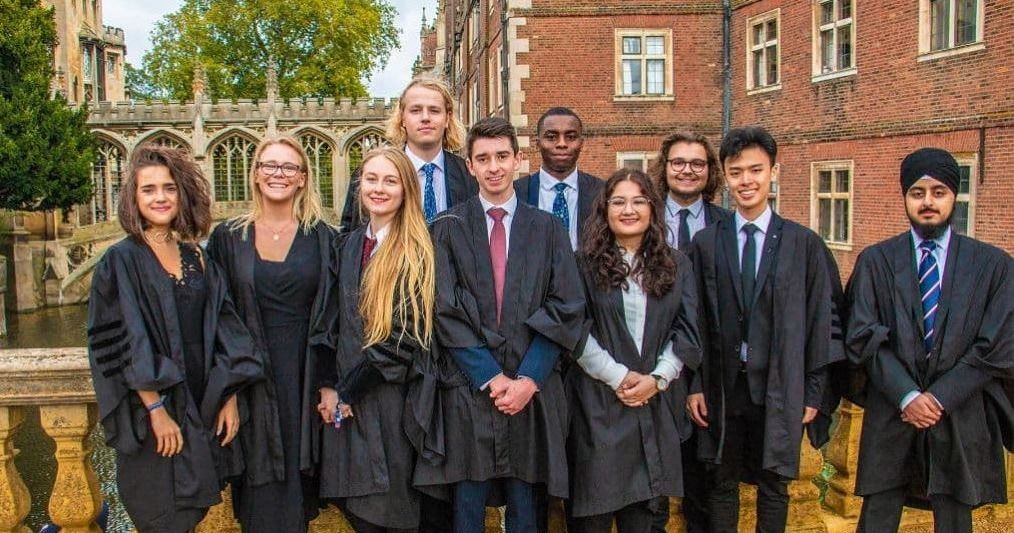 A division of Cambridge University has amended its guidance following accusations that it implied white people could not be victims of racism.

“An ideology and a set of practices based on ideas of racial superiority that normalise control, domination and exclusion on the basis of racial difference, while legitimating privilege and oppression.”

The previous definition stated that racism is based on ideas of inherited white racial superiority that normalises control, domination and exclusion over people of colour.

Cambridge University’s vice-chancellor issued an apology and said its publication of a “micro-aggressions” list was a mistake.

This may be the first time an institutionalized definition of racism has been inclusive of prejudice against caucasians. How “progressive” it is.

Our world is a rapidly changing entity. Mobility unheard of in the previous century has resulted in mass immigration throughout western nations. What constitutes a “minority” community today is very different than in past decades.

In Canada, a time existed when affinity between minorities and an oppressed communities was legitimate. It isn’t the case anymore. “Racialized” communities in Canada hold a great deal of power politically, as well as economically.

The idea that racism is a one-way street is today an anachronism. Cambridge University recognize the fact. Unfortunately, one cannot say the same for the controlling institutions of Canada.

Ironic it is that our Liberal government has played the “progressive” card in ubiquity since Justin Trudeau became PM. If government was truly progressive, they would recognize the fluidity within these social conditions.

They haven’t, and neither have media or our academic world. Turns out our country is living in the land of the antiquated, where racism is a one-way condition of white on non-white prejudice.

Don’t think so? Kindly come up with an example from mainstream media suggesting otherwise. A by-product of which is a branding of Anglophone-Canadians as racists, bigots and xenophobes.

Who dares do such a thing? Some gang of pink-haired woke generation radicals? Best to back up, and look toward  Prime Minister Justin Trudeau.

An emphasis on diversity leads to another federal party leader, Jagmeet Singh of the NDP Party. Both men have for years been using the “race card” against Anglophones to make political hay. All in the name of fighting racism within society.

Dr. Arif Ahmed, a philosophy lecturer at Cambridge University, said it is “important that the definition is about race rather than about colour”, while another academic said the change was the “common sense thing to do.”

So Dr. Ahmed gets it– but not Trudeau or Singh. Or CBC, CTV, Globe & Mail, Toronto Star and National Post. Seems like England’s intellectuals have a lot more intelligence than those of Canadian academia.

Then again, maybe the real issue is found not in intelligence, but rather in the policy of multiculturalism. Perhaps the time has arrived to recognise a profound truth:

Institutionalized “diversity” has never done a speck of good for “Old Stock” Canadians. As forced upon society by ex-Liberal PM Pierre Trudeau, multiculturalism transitioned into a piece of political weaponry.

For the past 50-years, multicultural ideology has remained sacrosanct. Untouchable it is– never to be diagnosed or dissected. As written in stone, the policy is antithetical to the concept of social progress. It never changes.

Is this to be the case for another 50 years? After 100 years of this policy, take a guess as to which Canadian community will constitute a minority? That’s progress, and that is why a Cambridge college has changed their policy on racism.

PM Justin Trudeau believes in progress too– but only in a capacity that leads to a Liberal lock in government in perpetuity.

2 thoughts on “White People Can Be Victims Of Racism: Cambridge University”