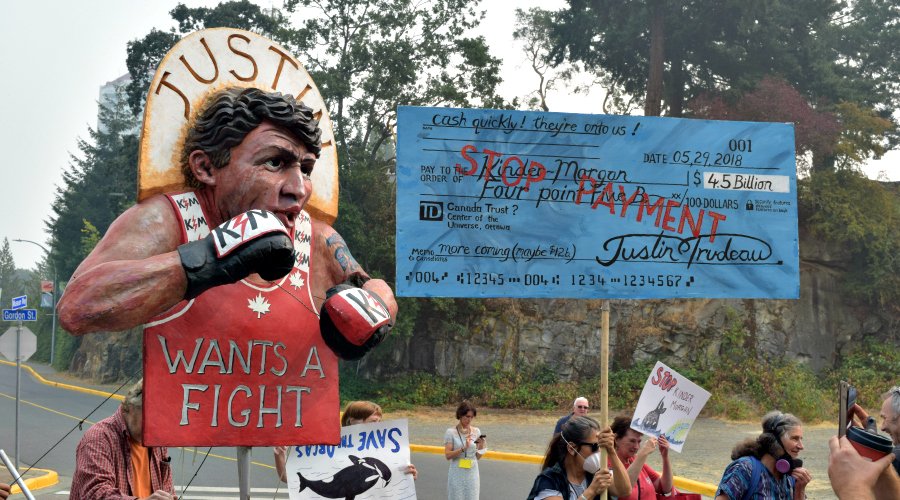 As a watchdog group for the antics of the pseudo-socialist Liberal government of Canada, Cultural Action Party maintain a laser-like focus on Canadian politics. Every day since  Justin Trudeau became prime minister is a day CAP have watched our political arena with microscope-like precision.

Admittedly, we maintain bias. Our organization despises PM Trudeau with full conviction. Yet, even on this basis, a most unusual circumstance exists within contemporary Canadian politics.

Justin Trudeau is one hell of a hated individual. Here’s a meaningful observation: after following state-funded CBC News for the past five years, a dramatic change can be noted. It used to be that within the comments section of Trudeau-oriented articles from CBC, the feedback was reasonably positive. Yet, over time, the commentary has transitioned to perhaps 75% negative.

This is no small matter. CBC News is without question “Liberal-land.” Truly, the examples are endless—CAP won’t even begin to point to the specifics.

Beyond this– to the chagrin of establishment media as well as government,  an “entire world” exists which is permeated with hatred for Justin Trudeau. Social media, alternate media, conservative media are absolutely chock full of malevolence toward our current national leader.

After which– on November 28th, 2020— in the midst of what Canadians  hope is the apotheosis of the Covid pandemic, this piece of news is issued:

“Our latest national survey puts the Liberals ahead by 6 nationally – and with leads in BC, Ontario, Quebec and Atlantic Canada that would give them potential to win a majority if an election were held today.”

Surprised? CAP are not– while countless theories can be presented regarding this monumental curiously.

There are a few conclusions one can immediately draw–the first being the poll is a lie–which CAP does not doubt. Another is bias by way of geography. For example, the poll focused on the GTA region, where Liberals lord it in political terms–largely due to 3rd World immigrant population.

READ MORE– Democracy In Decline: The End Of The Relevance Of Public Opinion Within Trudeau’s Canada

Another theory– the polls are irrelevant. In reality, Justin Trudeau is  pseudo-dictator installed by globalist forces to move Canada from democracy to dictatorship– a CAP favourite, for certain.

No surprise, CBC, CTV, Globe & Mail and the rest of the “usual suspects” downplay the collective animus toward our current national leader.

“Figures from the Royal Canadian Mounted Police (RCMP) show there were 130 threats against Mr Trudeau and ministers from January to July In July 2020, an armed suspect was arrested for breaching the entrance of the estate where Mr. Trudeau lives.”

Here’s a real heart-warmer, this one from Canadian media outlet, National Post:

“Members of Parliament have paid for their own private security. Politicians have started changing their route to work, to shake stalkers. I’ve had to change all the doors in my house, get extra locks, get a security system,’ MP Zann says. “It has cost me money out of my own pocket.”

Mississauga, Ont. MP Iqra Khalid told the House of Commons  she received more than 50,000 emails in response to M-103, many of them with overt discrimination or direct threats.

“I have asked my staff to lock the office behind me as I now fear for their safety,” she said. “I have asked them not to answer all phone calls so they don’t hear the threats, insults and unbelievable amount of hate shouted at them and myself.” After which, GTA Liberal MP Khalid won an additional term in office by a landslide.

And yet, multiple polls of late predict not only forthcoming federal election victory for Trudeau & Co– they predict a return to a majority government.  What to make of all this?

CAP will summarize from our perspective. It goes like this: Canada is no longer a true democracy. This we predicted as an outcome from the first month Justin Trudeau seized control of Canadian society.

What remains is not that complicated: the task of media is to cover-up this reality  for as long as possible. The objective is to delay public awareness until it is TOO LATE for the transformation to be reversed.

China is communist. The Trudeau family admire communism. Fidel Castro was a pall-bearer at Pierre Trudeau’s funeral. And yet, the so-called “intelligensia” in Canadian media cannot put two plus two together?

What a sad state of affairs as a Liberal Party dictatorship unfolds within a dying “Great White North.”

4 thoughts on “Strange Days: The Most Hated Prime Minister in Canadian History LEADS In The Polls”