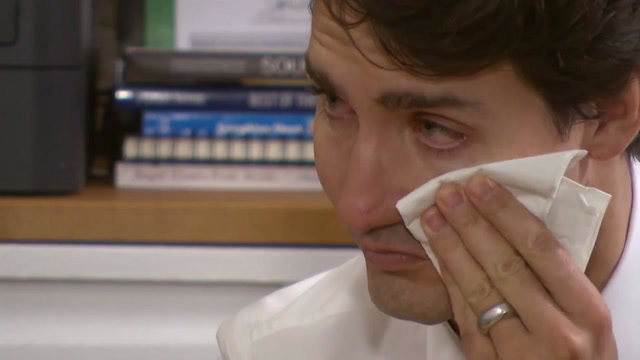 On May 30, 2021, the Canadian flag on Parliament Hill was lowered to half-mast to commemorate a discovery of unmarked graves beneath a former residential school.

The tribute has been in place for three months. On August 15th, Prime Minister Justin Trudeau announced that he was calling a federal election– the 44th in Canadian history.

As of August 28th, the flag remains at half-mast. Can a more appropriate microcosm exist regarding Trudeau’s loathing of the nation he was selected to lead?

Political observers would be hard-pressed not to pick up on a chip-on-the shoulder manifest in the Trudeau psyche. The man has a giant problem with acceptance. Our PM simply cannot accept Canada as it has existed since the year of 1867.

The manner in which our country is founded is no good. Despite the inability to re-live our history, the colonial nature of Canada’s founding eats away at the brain-matter of our PM. As a corollary, the subject of racism– re-branded by Trudeau as “systemic racism”– is never found far from our prime minister’s mind:

“There are many institutions that we have in this country, including that big building right across the street from us, Parliament, that has and is built around as system of colonialism, or discrimination or systemic racism,”  Trudeau informed our country.

Shame permeates the picture for the six years Justin Trudeau has sat atop the throne of Canada. On this basis, why wouldn’t the Canadian flag be hung at half-mast? Ours is a nation with a prime minister who half-likes and half-hates our country.

In psychological terms, there is a word for such a condition: “ambivalence.” Associated with it is mental rumination–also known as obsession. Oscillating back and forth, the mind lacks an ability to arrive at a final conclusion. Thus, manifestations of mental illness can result.

A flag at half-mast during the time period in which Trudeau’s Liberals are scrambling to win a third term in office. There she sits on Parliament Hill. Not as a symbol of honour. But as an indication of the state of contemporary society.

A half-cast flag. Justin Trudeau as a half-prime minister. Canada’s national history –immutable as it is– a total embarrassment. So much so that he and his handlers have for six years been unable to separate the “wheat from the chafe.”

Tethered to this lamentable history are the communities associated with it– Anglophone and Christian Canadians. Let us ask ourselves a question: within this context, to what extent has PM Trudeau made an effort to distinguish between historical Canada and present-day society?

The correct answer is no effort at all. Are modern-day Anglophones really responsible for the behaviours of their historical predecessors? Turns out Trudeau doesn’t care– and neither does mainstream media. Both share this form of malevolence.

A lesson to be learned, indeed. As voters head toward election say, the ruling government of our nation is in a state of mourning. Bad, awful Canada. As we consider such circumstances, what lesson will Canadians learn if half-prime minister Justin Trudeau is re-elected for a third term in office?