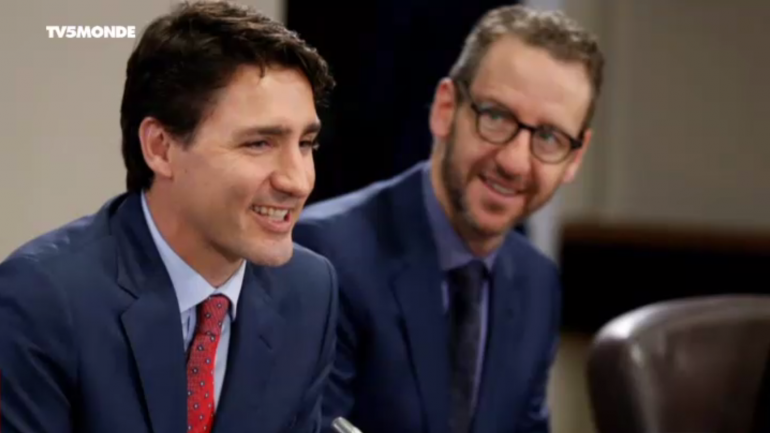 With the incredible polarization resulting from the victory for Justin Trudeau, the concept of a separate nation for the western provinces of Canada appears to be growing, viable concept.

One look at the “colour map” which details the MP wins and losses provides tangible evidence of a near-total split between political sentiment in Eastern and Western Canada.

CAP are not here to espouse the break-up of Canada. In some respects, we find this irresponsible. What we will attempt to do is offer an interpretation of this growing phenomenon, and its place within the political narrative of our country.

First of all, the entire province of Alberta went blue conservative. This is itself is symbolic of a comprehensive dislike of Trudeau and his Eastern-Globalist cultural assassins. Therefore, the wise thing to do–along with an actual exercise in true democracy(Trudeau doesn’t indulge), is for Alberta Premier Jason Kenney to hold a province-wide referendum on his province abandoning federation, and establishing an independent nation for themselves.

Would a separation from Trudeau’s eastern globalist-third world nation-state be the best move for Alberta, or western Canada as a whole? Saskatchewan, Manitoba, and much of B.C. went Conservative after the recent election.

From the CAP-Patriot perspective, what would western Canada gain? A great deal, actually.

For starters, Justin Trudeau would not be our prime minister. This would be fabulous–a joy in-and-of itself. The Liberals would no longer have an ability to lord it for Alberta oil and energy industries- another bonus.

A serious, but poorly understood benefit– Western Canadians may well be freed from King Justin’s agenda for power to trans-fer from Anglophone Canada to Third World Canada. This is would be one of CAP’s greatest joys.

Just imagine: No Somalian religious supremacists as immigration minister. No M103 permitting the Nation of Islam to lord it over the nation of Western Canada. Pure bliss, no?

Yet, economically, we must be careful. The Trudeau-derived break up of Canada may well result in unstable financial markets. Volatility is never good for a national economy.

Yet, if the west could withstand these potential problems–most obviously by a re-generation of the energy industry Justin worked to decimate for the past four years, perhaps we would emerge at least unscarred enough to make the thing work.

Nationalists must keep in mind, however, that Trudeau Globalist-Liberal media will fight this to the death. Why? Because the top priority of Canada’s “three-headed hydra” of Third World globalism are interested in one thing only–the retention of the status quo of the current agenda to eradicate 152 years of Canadian identity.

See the parallel?  This is globalism, after all–similar patterns exist whether in Canada, Britain, Australia or France. So again, western Canadians, patriots, nationalist and Old Stock Canadians would be fighting a similar battle.

This fight is not simply against Justin Trudeau, Gerald Butts and refugee pit-bull, MP Ahmed Hussen. Rather, it is a monumental battle agains globalism–Liberals, media, political Islam, political Sikhism, as well as our Marxist-infused academic world.

A big job, to be sure–yet it can be done, CAP do believe. To succeed, western Canadian must understand exactly who our enemy is. Our media are tasked by government to muddy the waters, obscuring who the actual foes are.

CAP Crystal Ball: As this movement progresses, the Liberal and media puppets will do their usual thing–blame everyone other than those truly responsible–the Trudeau government. Once again, in a most tedious manner, “Wexit” supporters will be branded like Alberta Beef with the racist and bigot tag.

“Separators are bigots,” says Somalian citizen/MP Ahmed Hussen.  “These western Canadians are racists, states King Justin. In other words, the usual malarky intended to keep our people in a political prison. To succeed, we must trans-cend these labels.

The group is calling for the separation of western Canada from the rest of the country.

“We’re going to be free from the blood-sucking, parasitic relationship we have with eastern Canada right now,” Wexit Alberta founder Peter Downing said.

CAP Comment: Of course its a blood-sucking, parasitic relationship– Canada has a blood-sucker for a PM. For the past four years, Mr. Trudeau has been sucking the life our of English Canada, and its Anglophone peoples.

We have been bled dry by taxation which provided the Third World with multiple billions of dollars. A billion to Africa for abortion here, a billion to Syria to help their citizens improve their lives–not a damn thing to do with a benefit for Canadian citizens.

Beyond this, Trudeau is bleeding Anglo-Canada dry of its identity, history, and heritage. In its stead comes Third World, Sikh and Muslim heritage and identity. Media breathe not a word about this.

Western Canada as a whole rejected Trudeau and his Liberal-Third World Party of Canada– excellent news.  Now, work is required to overcome the great globalist push-back against Wexit.

Can this be done successfully? CAP believe it can. If the circumstances are right, and the plan is well thought-out and projects well into the future, the agenda may well be a success.

It begins, however, with a referendum, or some other serious exercise in democratic process. –something our pseudo-dictator Justin Trudeau will never agree with in a million years.