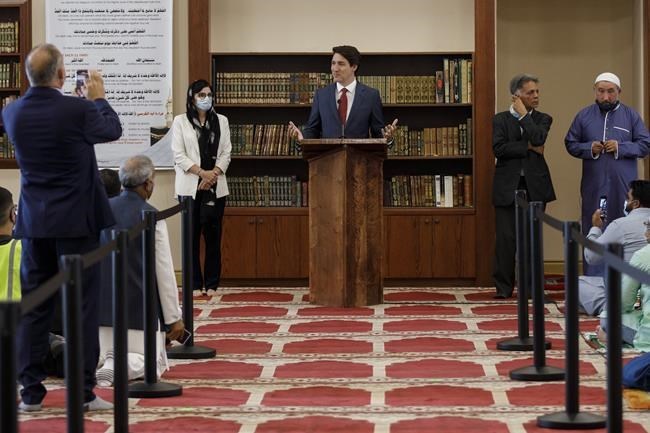 At a July 2021 summit on “Islamophobia,” National Council of Canadian Muslims submitted a 100-page proposal to the Liberal government to counter anti-Muslim prejudice in Canada.

When asked if he would adopt the proposal, Prime Minister Justin Trudeau responded by saying “we’re going to move forward” on the recommendations.

According to conservative journalist and social critic Ezra Levant, the demands contain “more police and political tools than Pakistan to hunt down anything judged to be critical of Islam.”

There are 61 recommendations in the proposal, covering everything from internet censorship and amendments to the criminal code to a cut back in terrorism investigations. Additionally, the proposal calls for the Islamic faith to be promoted throughout schools, media and the arts across Canada.

Although Trudeau’s endorsement was all-but immediate, whether or not he will instruct his Liberal government to endorse all 61 demands is unknown. Yet, if the track record of a prime minister is anything to go by, PM Trudeau will endorse the lion’s share.

Without articulating why it is the case, our current prime minister has dedicated himself to advancing and promoting the Islamic faith within society. At no time has establishment media pointed out the fact, or questioned Trudeau on his dedication.

If media did so, they might consider asking a few pertinent questions:

— Why wasn’t dedication to an advancement of a specific identifiable community part of Trudeau’s original campaign platform?

— How do you reconcile the idea that blatant community favouritism runs counter to the Charter of Rights and Freedoms?

— How can you sleep at night considering the imbalance between your dedication to Islam, contrasted with your indifference to Christianity regarding current arson attacks on Canadian churches?

How fortuitous it is that Justin Trudeau maintains the privilege of never being obligated to respond to inquires of this nature.  In reality–- away from media spin–- six years of iron-clad control of our nation reveals a hypocrisy unprecedented in Canadian history:

PM Justin Trudeau preaches equality among all communities within our pluralist society–- but in no manner practices what he preaches. Blatant favouritism for specific communities combined with punitive damages for others is the way our PM rolls.

On this basis, concerned Canadians should be preparing themselves for what will likely be a forthcoming government policy of unprecedented community favouritism.