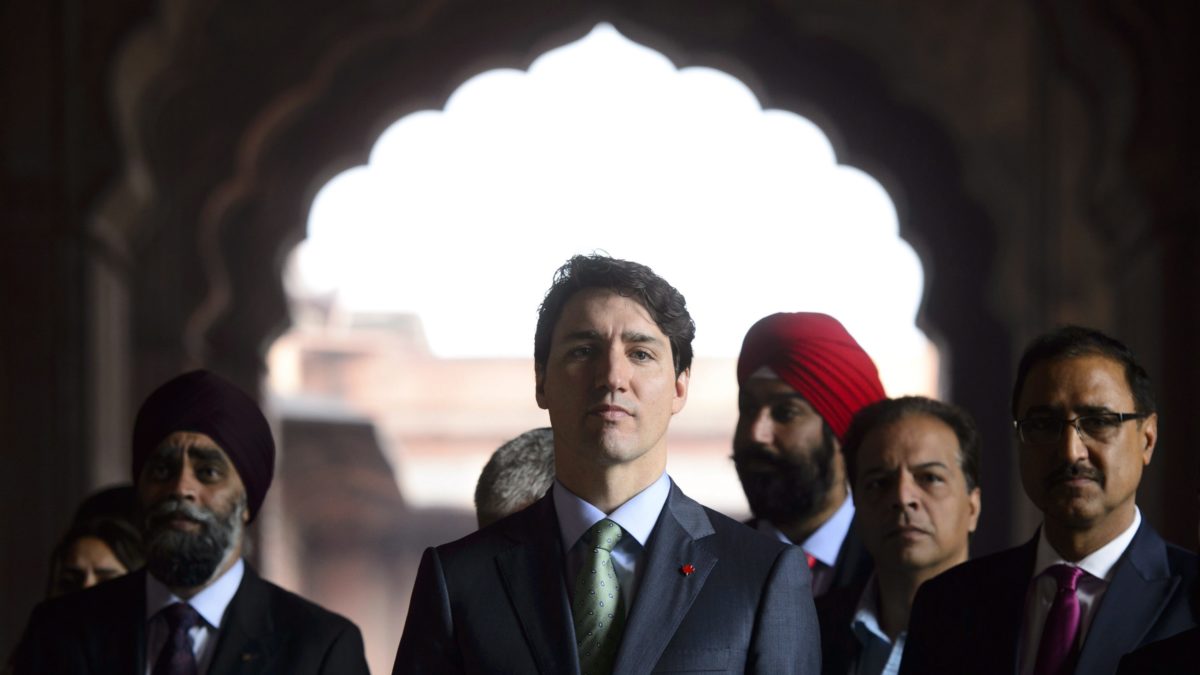 Call CAP paranoid—you will be far from the first. Yes, it is true–our organization advances “alternative” concepts regarding what we see as the Liberal-Globalist assault upon Canadian society.

For over four years Cultural Action Party has exposed these concepts. Tens of thousands  read our opinions on globalism on a regular basis as it related to the degeneration of society by way of PM Justin Trudeau and his motley crew of globalization-destroyers.

So why stop now? It is on this basis that CAP espouse the following theory: We have never—and never will—trust a single word King Trudeau has to say—period.

Therefore, we do not trust our illustrious PM’s recent commentary on a pending antidote for China’s coronavirus plague.

Hear ye, hear ye— CAP wouldn’t submit to the Trudeau-endorsed Covid-19 innoculation if it was the last remaining remedy on earth.


Here is why: the solution may provide a remedy for Covid— but what else is contained in the pending globalist “elixir?”

Why would any sensible, astute observer of Trudeau-brand globalist decimation trust this so-called remedy? The Liberals have more than proven their dedication to “outside forces” above the people of Canada.

Have you heard? Liberal Minister of Health, MP Patty Hadju, claims that if Chinese officials inform the world of the number of their citizens who have died from Covid-19, it must be true.

No questioning, no criticism, no nothing—apart from full-blown dedication to China’s media Ministry of Communist Propaganda.

Fact is, which ever entity is approved as the founder of the virus antidote will make an absolute fortune. Ever heard this nasty little rumour—unconfirmed by CAP:

The antidote to Coronavirus is rumoured by some to be the creation of the Pharmaceutical company formerly controlled by Canadian Pharma-King, Mr. Barry Sherman.

CAP utilize the past-tense for a specific reason—Mr. Sherman is dead from hanging in his own home. A pharma-creation with the cryptic name of “Hydrodroxyholoroquine” is said to be a product of the late Barry Sherman’s pharmaceutical corporation.

True? CAP has no idea. Yet, the thought is rather intriguing, to say the least. If this rumour is factual, it means “special forces” of a globalist nature understood that Coronavirus was to be disseminated into the world in a pre-meditated capacity.

But enough of rumours. Let  us return to the socially tangible. Justin Trudeau has proven to “Old Stock” Canada that in no manner can he be trusted. His endless inversion of political priorities attest to this unpleasant reality,

Will the Trudeau government call for a scientific analysis of the contents of this pandemic solution? Will CBC News publish such a report? Why would they—after all, Trudeau, Hadju and crew trust China implicitly— so why would they question “big-boss-man” China’s so-called Covid remedy?

Within the post-modern, post-Canadian world of Liberal-Globalism, CAP believe that indeed “anything is possible.”

Therefore, we believe it is possible that the remedy injection may contain “secondary” elements— such as brain-washing material. Who says this has not been a common practice in the past as it relates to totalitarian regimes.

Fact is, the manufacturers could include—or augment— the antidote with “mind-altering” substances.

Can you imagine? 30 Million Canadians get innoculated, and subsequently morph into globalist puppets like Justin Trudeau? What a sick thought, eh?

CAP believe this is not beyond the scope of social reality. Would you trust an injection into your body by K.G.B. agents in the former U.S.S.R.? Shots in the arm from a government-sponsored program during Chairman Mao Tse Tung’s “Silent Revolution?”

If not, then do not trust the Trudeau regime either. Could Justin’s Covid-Solution not fall into a similar capacity?

Yet, there is no way to disprove the theory either. Please consider that despite establishment media obfuscation, the Canada of 2020 and that of 2014 are not the same nations at all.

The dying Great White North was once a nation based upon freedom, democracy and to a reasonable extent—truth.

Then came ex-Liberal Prime Minister, Pierre Trudeau. Anyone recall the old stand-by tune “American Pie?”  Did its lyric not contain the ominous line “the day the music died?”

CAP Theory: The day Pierre Trudeau became PM is the “day that democracy died.”  If not for socialist media-puppets, perhaps the majority of Canadians would comprehend this. Of course, it never occurred.

What CAP see in all of this is the following” an incremental, covert emulation of communist society in Canada. Within such nations, government brain-wash their citizenship in no uncertain terms.

Will the Covid-19 innoculations replicate this totalitarian dynamic? What a sketchy, “underworld” concept. Yet, is it will be impossible to verify this is not the case.

“If Canada keeps strong epidemic control measures in place, between 11,000 and 22,000 people could die over the course of the pandemic — the best-case scenario for the country, the federal projections released Thursday suggest.”

“The number of possible deaths due to COVID-19 would surge into the hundreds of thousands if 25 per cent or more of the population is infected, according to the models.”

Witness as the Globalist fear-mongers set up the Corona vaccine as the only possible remedy to China’s bio-weaponry.

Will Justin Trudeau offer a Corona-virus vaccine  as a “final solution” for the worldwide pandemic? This  tells CAP one thing—never, ever go near this supposed “remedy.”

CAP will not touch it with a ten-foot pole. If Canada’s self-appointed globalist saviour recommends it, we recommend “running for the hills.”