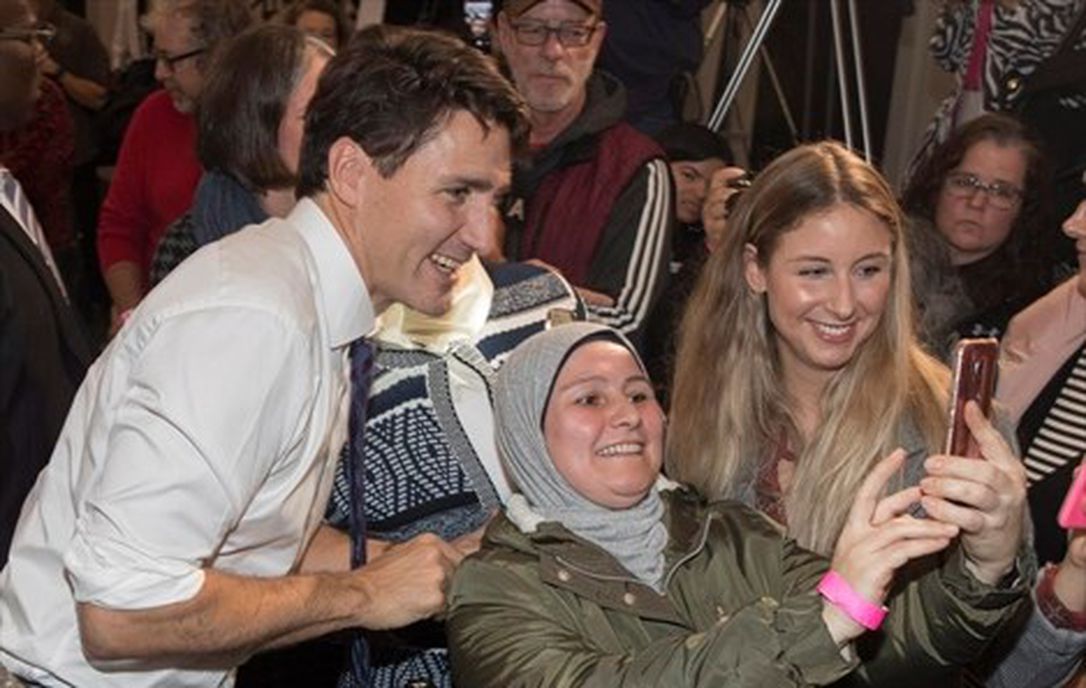 Yes, it goes against the grain. True, it is a long shot. Despite these factors, Cultural Action Party must admit that during the early stages of the federal election game, Prime Minister Justin Trudeau is faring worse than we expected.

We admit, positivity regarding the success in bringing down the Eastern-Liberal-Quebecois-Globalist cabal is not a concept we have promoted. The very nature of the beast suggests skepticism toward their downfall.

Still, there are elements in society that may play to our favour. One we shall label “citizen fatigue.” In the history of our country, no former prime minister can compare with the tediousness that is Justin Trudeau.

Example: After nearly six years in office, his Liberal strategists deliver this piece of election marketing to the public:

Fair it is to point out that CAP do not represent the average voter. Some may look at this and conclude it is not a tired piece of tosh. Yet the possibility may exist that more Canadians are sick of this kind of thing than Team Trudeau would imagine.

In an attempt at the philosophical, PM Trudeau once stated that “people tend to see things from different perspectives.”

Indeed they do, and it is the job of political strategists to successfully read the “zeitgiest” of the times. Failing to do so can cost them an election. Could this be a possibility for Canada’s quasi-dictator?

Let patriots stay grounded in the matter. Surely we should not pull a Julie Payette, rocketing off into outer-space based upon our intuition. Yet, more down-to-earth factors have come to play–some of which may have blind-sided the globalist gods.

One is Afghanistan. The Taliban take-over could have taken the Liberals by surprise. For reasons difficult to comprehend, Canada has again been thrust into the limelight as a saviour nation for the problems of the Middle East.

Not neighbouring Pakistan, or Iran. Not religious “brethren” nations Saudi Arabia or Iraq. No– the responsibility falls to a democratic nation half way around the world– our Canada.

Next up, the portentous 4th wave of Covid– another “left hook” in the boxing match against Liberal-Globalism. As it magnifies enforced vaccine debates, the more federal parties push for the mandatory, the more they appear to be what some of them are– authoritarian neo-communists.

Trudeau has played this carefully. He has alluded to retribution against anti-Vaxxers without detailing the punishment. NDP Leader Jagmeet Singh has taken a step further, informing voters he thinks the vaccine-hesitant should be fired from their jobs.

Among all that has unfolded in the nascent stages of election 2021, CAP  suspect that a general malaise regarding the character of our prime minister is emerging. Thus serving as a key possibility for an end to Justin Trudeau’s authoritarian Liberal government.

Are Canadians becoming as sick of Justin Trudeau as CAP was after his first week in office? Could it be that a chink in the amour of Canada’s teflon king is hereby manifest?

Let us hope so– and vote so. If Justin Trudeau gets all that he currently cares about in the world– his majority government– democracy in Canada will soon reach its final day of existence.

1 thought on “War Against Wokism: Has Trudeau Called An Election He Is Going To Lose?”