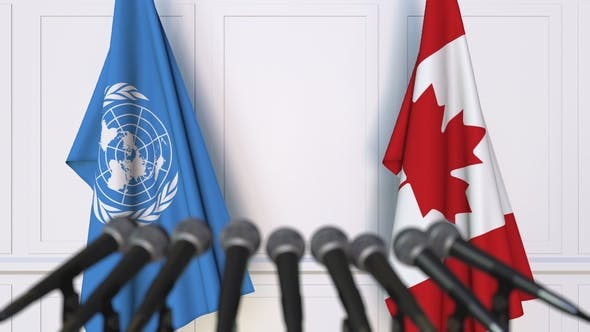 Somewhere along Canada’s multi-decade transformation into what Prime Minister Justin Trudeau describes as a post-modern society, a “light-bulb” type moment occurred within government.

This process involves what Cultural Action Party see as an amalgamation of two political entities: the Liberal Party of Canada, and immigration policy.

Liberal Political Advisor: “You know, Justin, if we can create a public perception that Liberalism is synonymous with immigration, we just may be able to establish the post-democratic state you so desire.”

You know what CAP call this? Smart–- that’s what. Not that we do not oppose it with every fibre of our being. Yet, if we were a conniving globalist government, more than likely we would do the very same. In other words, if the political goal was to transform our country into a post-modern dictatorship, this is the best method to employ.

Cultural Action Party of Canada has written a great deal on the topic of transition of governance toward a post-democratic nation. At this point in time,  brevity is called for in terms of anecdotal evidence.

Suffice to say–- when immigration to Canada is perceived in the public eye as synonymous with Liberalism, it is “mission accomplished” for the Great Reset agenda of 2021.

In terms of the concerns of government, it is important to understand their head-space. The Liberals have a defined goal to achieve. Those who contribute to post-nationalist Canada take priority. Those who push-back against the process are shipped to the bottom of the social order.

Such as it is that Justin Trudeau has established a social inversion. New arrivals take precedence over Old Stock communities. Sikh and Muslim communities trump Christian Canadians. What immigration brings to the table is taboo material for mainstream media: immigration policy as a form of social engineering.

“We advocate for policies to increase Canada’s population to 100 million by 2100.   And we support the long-term thinking and planning required to manage this growth well – ensuring a high quality of life and standard of living for all Canadians.”

There’s your silver bullet. CAP will bet dollars to Tim Horton’s donuts this is  Justin Trudeau’s political obsession. Here is the piece which CAP vehemently disagree with:

“High quality of life and standard of living for ALL Canadians.”

Not a chance. Rather than guesswork, CAP base this upon something tangible: Trudeau’s attitude and behaviours toward “Old Stock” Canadians.

Simply stated, Mr. Trudeau has no attitude toward English Canada and its people. That is, other than running them down for our indulgence in racism, bigotry and xenophobia.

Outside this realm, Anglophone-Canadians are non-existent in the minds of our ruing government. That is, apart from tax revenues extracted from the pockets of Old Stock Canadians.

It is in this spirit we posit this salient question:

If Old Stock Canadians had understood the long term outcome of Liberalism, Immigration, Diversity and Multiculturalism in the first place, would these communities have gone along for the globalist ride?

Which brings up a following proposition: If our communities did not comprehend the program along the way, does this not indicate the existence of a program of pre-meditated deception?

Here’s the thing about the Liberal Party and immigration policy: new arrivals upon our soil are a vehicle to erode and bring an end to democracy. No one is  saying these are bad people–the point is that they are being utilized to eliminate competing federal parties.

The true goal of Liberalism is a transfer from a hard democracy to soft dictatorship. As immigration captures more and more seats for the Liberals, a time will arrive when the election process is rendered futile. What’s the point of elections if one party control 95% of Parliament?

This is the unspoken goal of Justin Trudeau’s Liberal government. It is in this capacity that Liberalism and immigration policy maintain a synergy which one day lead to a trans-ition of Canada from democracy to dictatorship.