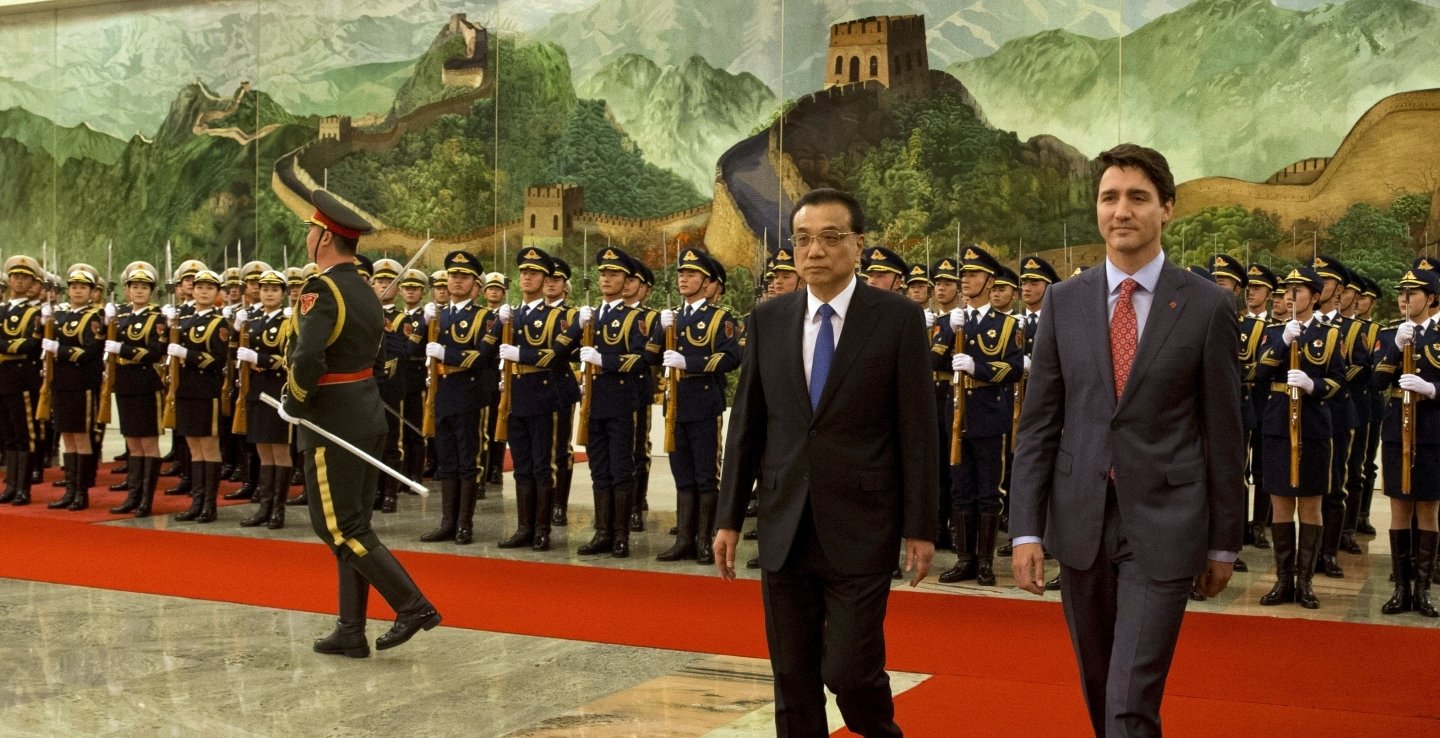 The Trudeau Family of Quebec— Pierre as patriarch, as well as sons Justin and Alexandre Trudeau— have been surrounded by a teflon wall of public protection for over forty years.

We begin at the beginning— the day Pierre Trudeau became prime minister of Canada in the year 1968. It was at this time that a fundamental change in immigration policy occurred— a move  to a “points system” approval method for migration to Canada.

The piece media neglected was simple, yet profound. Over the following three decades, immigration intake transitioned from a majority European-based migration to Third World-dominated intake. Over this time period, migration to Canada began to be sourced by Asian nations— China, India, as well as Pakistan, Philippines and Korea.

A ground-breaking event served as a catalyst— one which has never been understood in proper context. In the year 1970, PM Pierre Trudeau became the first western leader to establish diplomatic ties with communist China. Subsequently, PM Trudeau held a series of face-to-face meetings with Chairman Mao Tse Tung.

Was the topic of multiculturalism on the itinerary? To this very day, manifold elements of this ground-breaking event allude the people of Canada. For one thing, media has never properly positioned Pierre Trudeau’s enthusiasm for communist governance. In what became a recurring theme amongst the Trudeau family’s admiration for China, media consistently  approached this situation in a jocular manner.

One media aberration does exist: a 2018 article from Maclean’s magazine entitled “The Trudeau Family’s Love of Tyrants” takes a look inside the the Trudeau admiration phenomenon. Despite a focus on the family’s veneration of Cuban dictator Fidel Castro, the article did not create as much as a blip in public perception.

Indeed, Pierre Trudeau’s self-perception as a “citizen of the world” went right over the heads of Canadians. It would take the passing of four decades for astute citizens to begin to comprehend the ramifications of “prototype globalist” Pierre Trudeau’s decision-making.

The era of Liberal-Trudeau-China collusion had begun. Immigration priority to Hong Kong and Mainland China brought hundreds of thousands of migrants to Canadian shores.

By the 1980’s the nation of China—and therefore their government— had entrenched themselves within Canada’s business environment. Downplayed by  media, organizations such as the Canada-China Business Council were working to place control of Canadian companies  in the hands of government-controlled Chinese corporations.

What has been revealed even less is the blatant dedication of the sons of Pierre Trudeau to the behemoth Asian nation.

As most Canadians are aware, PM Justin Trudeau admires China. He has said so publicly. What is less understood is the attitude of second son and brother of our PM, Alexandre “Sacha” Trudeau.

Brother Alexandre once made a film which not only supported the Iranian government’s build up of nuclear arms— the film was also financed by the government of Iran. The title of the film is“The New Great Game.”

“The experience of that superb strategist Mao Tse-tung might lead us to conclude that in a heterogeneous country[Canada], the possibility of establishing socialist strongholds in certain regions is the very best thing.”

“I could have kept going – I find stories that are disgusting[regarding China], but in a way I’m harsher on Canada.”

Incredible. Not only that the first family of Canada has collectively dedicated themselves to China for the past 45 years. Add to this the fact that Canadian media have never put this critical information together, and exposed the facts to the citizens of our country.

No exposure from CBC, CTV, Globe & Mail and the rest. Why would establishment media cover up so much for so long? In the year 2020. the mystery of a lifetime continues to allude 38 million citizens of our nation.

In the words of humourist Borat Sagdiev, is what we have here a case of “Make Glorious Benefit For Countries Of China?” Certainly looks this way.

5 thoughts on “Unmasked: The Trudeau Family’s Multi-Decade Admiration Of China”