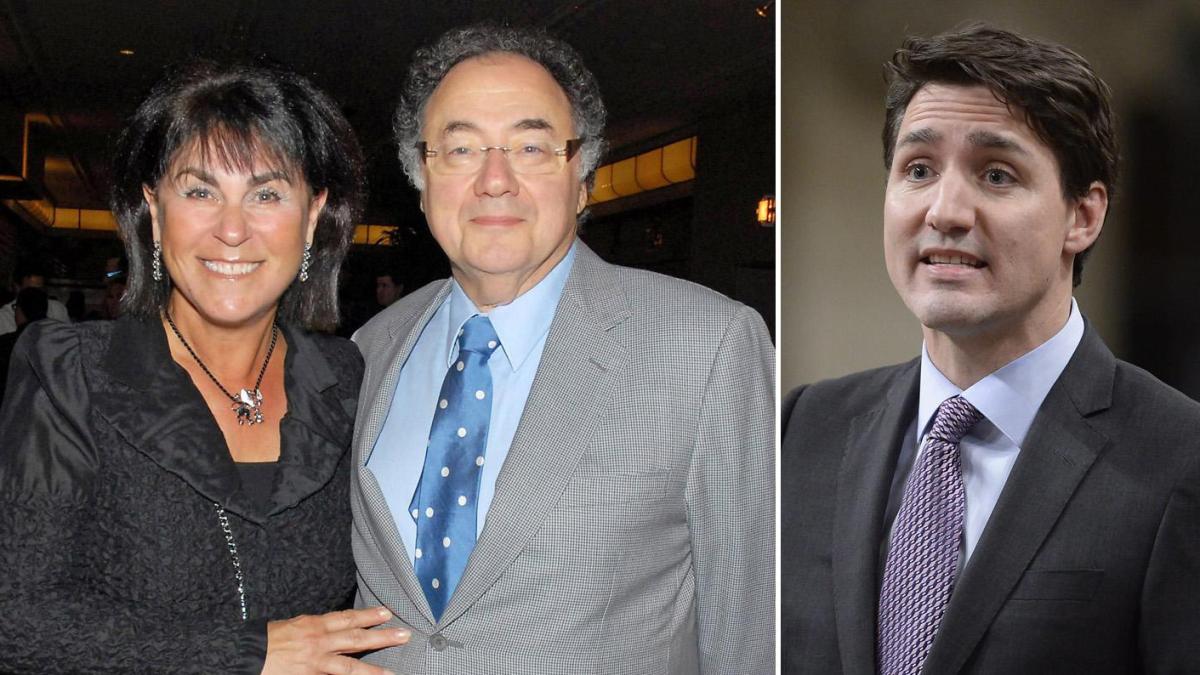 A targeted killing is “an assassination by a government authority of individuals for a perceived threat.” This is what Toronto Police meant when issuing a statement that pharmaceutical giant Barry Sherman had been “targeted” for murder.

According to a Presscore.ca article from 2020, Det.-Sgt. Susan Gomes agreed: “I believe they[Shermans] were targeted.”

At the time of the murders, RCMP had been conducting a criminal investigation of an August, 2015 fundraiser held for Justin Trudeau at the Sherman home in Toronto. A possibility existed that a legal conviction would prevent the PM candidate’s chances of being elected.

As reported by Presscore, Trudeau “responded by paying the Office of Commissioner of Lobbying $400,000 to obstruct/defeat Barry Sherman suit & a court hearing that was to be held February 2018 to address the OCL refusing to comply with a court  order.”

Admittedly, we arrive at a slippery slope when postulating on motives for the murders. Presscore.ca is a Canadian website founded by editor Paul W. Kinkaid in 2008. Reviewing its contents, Cultural Action Party found consistent dedication to incriminating evidence against the Liberal government, Covid, and other issues concerning Conservative citizens.

If their reporting on the Sherman murders is credible, it reveals what no media organization would dare to expose– a connection between Justin Trudeau and the murders of Barry and Honey Sherman.

“Material evidence leads to the conclusion that they were targeted and killed because of the RCMP’s ongoing high profile criminal investigation of Barry and Honey Sherman’s August 26, 2015 fundraiser for 2015 election candidate Justin Trudeau.”

Phil McIntosh, director of investigations for the lobby commission, stated in a report that the directorate found evidence indicating Barry Sherman engaged in political activities that “risk creating a sense of obligation on the part of public office holders via the August 2015 Trudeau fundraiser.” If accurate, it constitutes a breach of the Canada Elections Act.

To be followed by a conclusion bound to result in a massive sigh of relief from Team Trudeau:

“In light of Dr. Sherman’s passing, the purpose of the investigation to ensure his compliance with the (lobbying) code can no longer be fulfilled,” stated the Lobbying Commission in a letter dated January 24, 2016.

Case closed. Does this indicate the vehemence by which Trudeau’s backers insisted he  endure as prime minister? This part of the picture makes sense. The push for Justin Trudeau to become national leader was no casual affair. We consider in retrospect what was riding on his installation as prime minister:

Has our country not undergone its greatest transformation in modern history under the “leadership” of Trudeau?  Have the desired of 1% Elite not been fulfilled during his tenure? Everything that the World Economic Forum and World Health Organization desire? Climate Change, Carbon Tax, Open Borders– you name it, and the prime minister of Canada facilitates it. Racism and Gender politics– ideological weaponry of the “woke revolution” have been a core component of Trudeau politics since the day he assumed his Canadian crown.

Are the Sherman murders indicate that nothing on earth was to prevent globalist seed-sowers from planting straw man Justin Trudeau as prime minister?