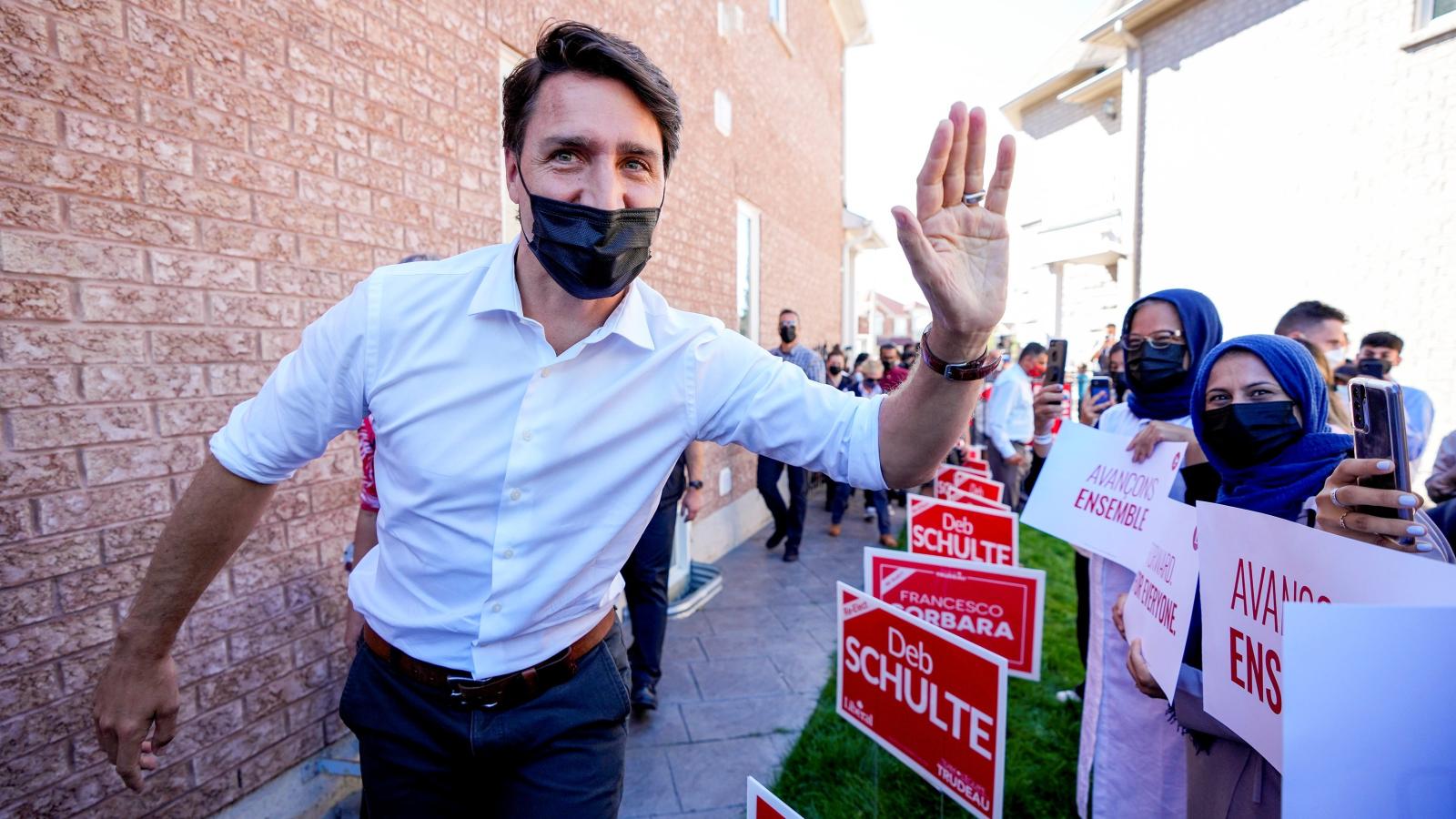 Many a warning has come in the form of a familiar phrase: “be careful to read the fine print.” We apply the theory to Immigration Minister Sean Fraser’s declaration regarding those currently fleeing war in Ukraine:

“Canada prepared to welcome an ‘unlimited number’ of Ukrainians fleeing war, minister says” reads the headline from CBC News. His wording fails to note a critical detail. The arrivals must leave Canada within a two year period:

“Today, I announced a new program that will cut through red tape and expedite arrivals to offer Ukrainians safe harbour for up to two years, tweeted Liberal MP Sean Fraser.

A related issue has been a hot topic of late. Refugee advocates have called on the Liberals to drop a visa requirement to allow all Ukrainians to travel to Canada unencumbered. When questioned on visa-free travel Minister Fraser hesitated, saying that such a change would “require 12 to 14 weeks of work to implement because the department’s IT systems would need certain renovations, and airlines would have to change their normal processes.”

According to The Guardian, Russia’s invasion of Ukraine could see the “largest refugee crisis this century, with up to 4 million people fleeing the country in the coming weeks and months. More than 1 million people have already crossed borders since 24 February, when the Russian invasion began.”

Canada has permitted approximately 4000-5000 Ukrainians to enter our country. If they cannot prove to have family members in Canada, they must leave within two years.

Let us compare this with Prime Minister Justin Trudeau’s approach to government’s Syrian refugee policies. In 2015, Canada welcomed 25,000 Syrians within a 100-day period. Proud they were as Cabinet patted themselves on the back for its efficiency. Yet, when it comes to the Ukrainians, Canada’s Immigration Minister claims the 100-day period cannot be replicated because of  government IT problems. Lost lives versus computer system upgrades– a difficult choice it is.

Perusing through media articles on Syrian refugee intake uncovers not a single mention of time limits. Upon arrival, Mr. Trudeau waited for the refugees at the airport, greeting them with a definitive “welcome home” while offering winter coats to the children.

A majority of Canadians opposed the intake. More than half of Canadians (54 per cent) either moderately or strongly opposed Trudeau’s plan to bring in 25,000 refugees by Jan. 1, 2016. Our PM being himself, he did it anyway.

We pick up on the Liberal’s general vibe regarding Ukrainians fleeing the war. A certain reluctance permeates the atmosphere. Or at the very least, a lack of zeal which surrounded the intake of Syrians fleeing warfare in the Middle East.

Apart from Justin Trudeau, Canada’s greatest political advocate for refugee intake is current Liberal Cabinet member MP Ahmed Hussen. Serving as Immigration Minister from 2017-2019, the former Director of the Canadian Somali National Congress was positively ebullient regarding the Syrians, as well as refugee intake in general. Speaking to participants at a conference marking World Refugee Day, MP Hussen– a Somalian refugee and current half-citizen of that country, had the following to say:

“My wish is that we continue to increase levels in our immigration system for refugees. I’m very open to saying that, and I will do whatever I can, in whatever position I am in, to continue to push for higher refugee numbers every single year.”

Subsequent to his Immigration Minister portfolio, PM Trudeau shifted Hussen to Minister Of Multiculturalism, a position he holds at present. Degree to which Ahmed Hussen has endorsed refugee intake for Ukrainians? Begin with zero, and don’t stop until you reach nothing.

Upon which CAP pose a salient question: why the divergence of treatment by government regarding Syrian and Ukrainian refugees?  Because the Liberals never speak of it, and mainstream media never write about it, what remains is speculation.

One idea lies in the area of religious persuasion. Since Justin Trudeau became PM, Canada has undergone a perplexing transformation. On an institutional basis– government, media, academia–  our country is today an anti-Christian, pro-Islamic country. Myriad examples illustrate this reality. The most prescient being found in the Trudeau government’s attitude toward the burning down of some thirty-five Christian houses of worship in 2021.

Both Justin Trudeau and scheming sidekick advisor Gerald Butts claimed the acts of arson “were understandable.” CBC, CTV, Toronto Star and the rest barely blinked an eyelash. Yet, when a young Muslim girl claimed her hijab had been torn off(a fabricated story), Justin Trudeau quickly branded Canada an “Islamophobic” society. Does PM Trudeau favour Islam over Christianity? Could this be a factor in terms of the Liberal government’s privileged treatment for Syrians over Ukrainians?

To the point of annoyance, Cultural Action Party has referenced Trudeau’s 2015 statement in which he claimed Canadians are living in a post-modern society. What this means is that Canada is not so much a country as it is a social experiment. Government’s role is to pick and choose components which best tailor society toward their vision for our future.

Can it be that the Ukrainians do not fit the utopian model Trudeau is carving out for Canada? Might he believe these people are not so gullible as to buy the pseudo-dictatorship being sold to 3rd World migrants? In this we recognize a political affinity. His approach is so very socialist– there are those who fit the social model, and those who do not. The latter are to be shunned.

Over a six-year period, battle lines have been drawn. Not by the public– but by government. We observe the identity of the ostracized. Canada’s working class for one. Conservatives, Christians, Anglophones, “Old Stock” Canadians, Pro-Lifers. Namely, those who refuse to buy into the woke socialist revolution being perpetrated upon our nation.

Such irony abounds: in the name of “inclusivity” according to the tenets of Liberalism, government has divided Canadians into the acceptable and unacceptable. Chairman Mao Tse Tung would be mighty proud.