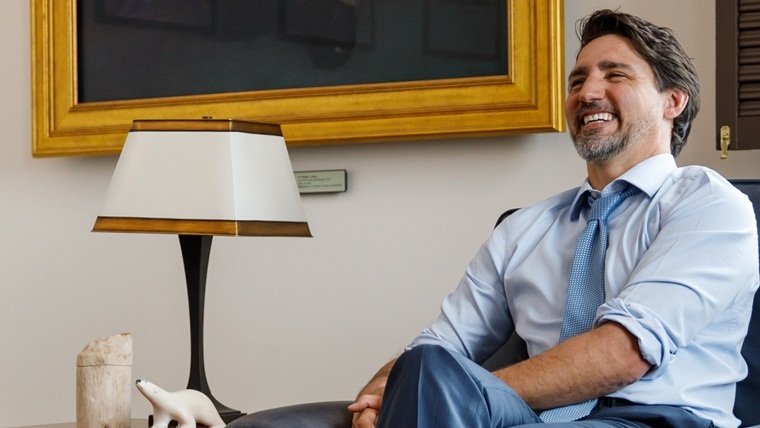 “In an interview with The West Block‘s Mercedes Stephenson, the former environment minister addressed an incident last week in which a member of her staff was targeted at McKenna’s constituency office in a violent and misogynistic tirade posted on social media.”

“I would much rather be talking about our infrastructure program and the thousands of projects we have but I think it’s also important Canadians realize that these incidents are happening,” McKenna said.

Please focus away, Ms. McKenna. Of course, Trudeau’s Cabinet Minister of Infrastructure and Communities is neglecting the primary reason for the vitriol– Prime Minister Justin Trudeau. In this situation, hatred flows from the top down. Why Catherine McKenna fails to intimate the fact speaks volumes.

Do tell, fellow patriots– why Liberal Catherine McKenna –in addition to establishment media– is unable to conclude the following:  PM Justin Trudeau has established the most fragmented, bitter and resentful population in modern Canadian history.

Media say nothing. The root cause is found in the divisive nature of Trudeau-brand media propaganda. For five years running Trudeau has placed  Immigration, Multiculturalism, Islam, China, Sikhism and the rest of “3rd World” Canada as our nation’s top priority.

Add to this a massive, multi-billion dollar pay-out from government to the following nations:

On the flip-side, Mr Trudeau demonized Anglophone Canada by accusing our people of being “systemically racist,” while delivering vote-pandering apologies to every “special interest” community he could drum up.

Our PM has shunned, ignored, chastised and belittled Anglophone Canadians–as well as practising Christians– since the day he gained his political crown. Media go along for the ride. In fact, CBC News goes along with every “ride” the Liberal government unroll. In post-modern Canada, government and media have fused into a united propaganda factory–just as it is in the Trudeau family hero-nations of Cuba and China.

Catherine McKenna simply doesn’t “get it.” She refuses to recognize this reality.  For McKenna, there’s nothing about this situation which isn’t a manifestation of misogyny and racism. How typical she is. It’s a regular “mantra” within Trudeau government–when in doubt–or when not getting exactly what you want– simply scream “racism.”

“It seems to be focused on women, racialized politicians, but men as well and it’s not okay. We need to make sure you can work in a safe and secure place and also address the harassment that happens on social media.”

See how the Liberal-Globalist ethos treats the anger expressed by Canadians over political policy in Canada. Hatred of Women, hatred of so-called “minorities.” Round up the the usual suspects– white Canadians, Anglophone males— then ship them directly to the globalist “doghouse”  Justin Trudeau created for our communities.

Frankly, its the very same specious drivel we hear from Trudeau, his Somalian sidekick MP Ahmed Hussen, and his good family friends at myriad so-called “multicultural” not-for-profit groups in Canada.

Frankly, Anglophone Canadians are sick of this. Our “Old Stock” communities have grown weary of these tedious generalizations, and community blame. MP McKenna does not get this. Nor will any Trudeau Cabinet Member. The explanation for this is simple as pie: a person cannot be a member of the Trudeau Cabinet unless they tow the globalist line.

Seems within King Justin’s Canada, the “fine art of victimhood” permeates all aspects of society. The kings of the hill come from the same place as Liberal Catherine McKenna–a desire to control society— in particular, 20 million or so Old Stock Canadians.

It’s a trap. High level political players such as Catherine McKenna, MP Ahmed Hussen and the other Liberal-Globalist hustlers are fully united in spirit– as well as the destiny for the dying Great White North.

Canada does not hate women– Canadians hate lying, scheming Liberal-Globalists who only have the worst in mind for the future for Canadians of European Heritage. As it happens, McKenna is one of these people, and yet she still bashes and trashes our communities, branding us racist, bigoted and xenophobic.

This is how far gone Canada has become after nearly five years with an elected prime minister who has personally elected to transition Canada from democracy to dictatorship.