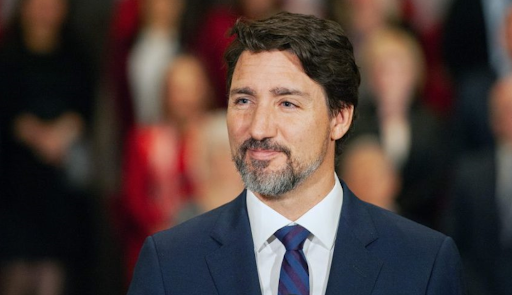 The absurdist environment of a Justin Trudeau-led Canada appears to know no limits. The George Floyd murder in America has added rocket-fuel to the fire in the belly of an organized political movement dedicated to advancing Canadians of European heritage as virulent racists toward all non-white peoples.

The prime minister of Canada agrees. Justin Trudeau acknowledged the last thing many people wanted to hear was “another speech on racism from a white politician.”

Many others agree as well, most of which come from a strain of society which so desperately desire vengeance against present-day Anglophone Canada for the “sins of their fathers.”

Government-endorsed messaging from Canadian Human Rights Commission has set the tone for the post- George Floyd condition of society:

Talk about “heavy-handed.” Does this not inculcate a blatant message that white Canadians are nasty, bigoted and racist citizens of our nation?

Is this not an example of serious prejudice that exists as a breach of Canada’s penultimate human rights legislation, the Charter of Rights and Freedoms?

Media say nothing. CBC report nothing, while Globe & Mail print nothing. You see, within Justin Trudeau’s Canada, society is structured in a manner whereby prejudice against an identifiable community is permitted for just a singular community: Canadians of Anglophone and European Heritage.

Yet for those of us from this ilk, it is 100% open season on throwing this community into a proverbial trash bin. Turns out the stereotyping of white Canadians in the manner in which 3rd World Canadians state is perpetrated daily toward their communities is perfectly permissible

Feel like branding Anglophone Canadians as all-pervasive haters of non-white Canada? Step right up– keeping in mind that dozens of MP’s of the 3rd World variety have done so before you.

Add CBC, apply CTV, Toronto Star and National Post— as well as every leading university in the land. How does all this continue to roll without even a “blink of an eye” within society?

No one complains, no one protests, no one steps up to expose the unprecedented hypocrisy manifest within 2020 Canada:

Within the spectrum of the hyper-vigilance of the anti-racism movement in Canada, white Canucks are a singular exemption. What this tell CAP is simple and basic:

The concept of multiculturalism as a mechanism to establish racial and ethnic equality in Canada is one GIANT lie. If the egalitarian nature of government-sanctioned “diversity” was truly a reality, then Canadians of European heritage– Polish, German, Ukrainian, Italian--would be included in the liberal-left’s multicultural “banquet feast.”

They are not. Therefore, multiculturalism as a ideology of inclusiveness is also a lie. Media response? Nothing at all. Think about it, fellow patriots– in the nearly 50 years since this anti-Anglophone ideology was forced upon society, not once has media alluded to any of the ideas herein expressed.

CAP Conclusion: Multiculturalism is not a policy, ideology or panacea for Canada–it is a social weapon. The target is Anglo-Europeans of Canada, who are at present walking a path toward their permanent branding as the nemesis community of our country.

Will this change over time? Will the accusations and targeting ease up as immigration policy transitions Anglo-Canadians into a minority community? When this inevitability arrives, will government then sanction that traditional minority rights be applied to those of European extraction?

Yes– on the 12th of Never!  This will never happen. The globalists don’t give a flying fig about the fate of our people–save a desire to punish us for the awful “sins of our fathers.”

Please do tell, fellow patriots–where is CBC’s analysis of the future of Canadian demography? Where is Globe & Mail’s “crystal ball” to inform us of the position our communities will find themselves in by the year 2038?

Nothing and nowhere— and there is a good reason why. Hidden away in the back of media’s mind is the idea that a future persecuted people are presently being lined up by government.

“Old Stock” Canada is a term sometimes used to define these Canadians. They are those of European heritage. These folks are generally Canadian-born citizens of Christian persuasion.

It is this segment of society which government are railroading into a “Second Nations” community. The time is nigh. These citizens are headed toward a wholly unique, unprecedented position within Justin Trudeau’s “no core identity” nation:

The only community in Canada that will exist as a minority, yet will not be privy to the minority rights accorded to Chinese, Muslim and Sikh Canada.

Such is Justin Trudeau’s “solution” for endemic racism in Canada: create a post-modern villain community, transition them into a minority, and witness the punitive “payback” English Canada is to receive in return for all national short-comings since the founding of our nation in 1867.