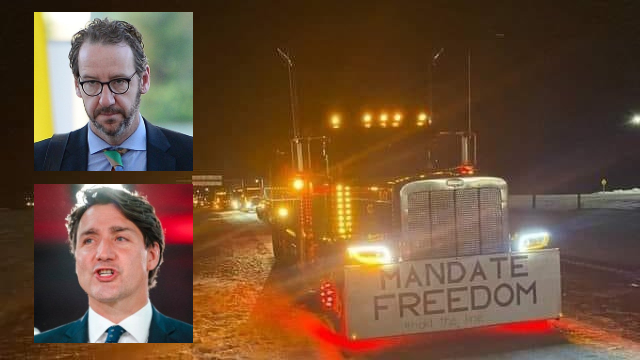 In comparing Justin Trudeau to national leaders of the past, there has always been something “off” about our current prime minister. Despite media’s attempt to have it appear otherwise, Mr. Trudeau general vibe is underpinned with an aura of the authoritarian.

Throwing aside the will of the public, to uphold democratic standards is anathema in Trudeau’s books. While it began as an element of his character, the phenomenon has over six years crept into his relationship with the public.

Within authoritarian nations, the relationship between leader and public is tenuous. It is a rare occasion when dictators can stroll through the town square to catch a breath of fresh air. Such spontaneity is off-limits. To appear in public requires coordination with a team of bodyguards, armed if necessary.

Is the situation so different for Justin Trudeau? We don’t know, because he never does it. He has the perfect excuse not to– Covid 19. A sensible observer can see why he refrains. He is the most “unpopular popular” PM in history.

In this way, Trudeau is cut from the same cloth as despots in communist societies. A tangible wall exists between leader and public. This condition now exists in Canadian society.

Take the current truckers convoy to Ottawa. Where in the world is Justin Trudeau? Silence is golden as our supreme leader hides his head in the sand– possibly next to the surf in Tofino, B.C.

The man has no relationship with the public. Yes, there are select areas he can appear– Brampton, Ontario for example. He can still get by in majority immigrant communities. But let’s see him walk unencumbered down 8th avenue mall in Calgary. Not gonna happen– it is not safe.

Regarding the current trucker convoy, Trudeau has thus far taken a page from Monty Python. “Run away, Run away” is the designated solution. If our fearless leader had any form of relationship with the public, he would be able to stand up and make a statement.

He doesn’t, and he won’t. Justin Trudeau is an ivory tower prime minister. Cut off from the public, he exists in a vacuum surrounded by sycophants convincing him of his popularity.

Our PM can count his lucky stars he is able to transition some $1.5 billion dollars a year from tax-payer bank accounts to Canadian media. Without this, his charade would have crumbled years ago.

As the truckers roll their way to Ottawa, what must Justin Trudeau be thinking? While Canadians do not know the answer, we can draw one conclusion:

Whatever he is thinking, he is not doing it in Ottawa. Rather, he has hit the road in cowardly fashion. Unwilling– or unable– our PM is taking the easy way out.

Justin Trudeau refuses to confront Canada’s trucker community on what has transformed for him into a religion–the Covid vaccination industry.