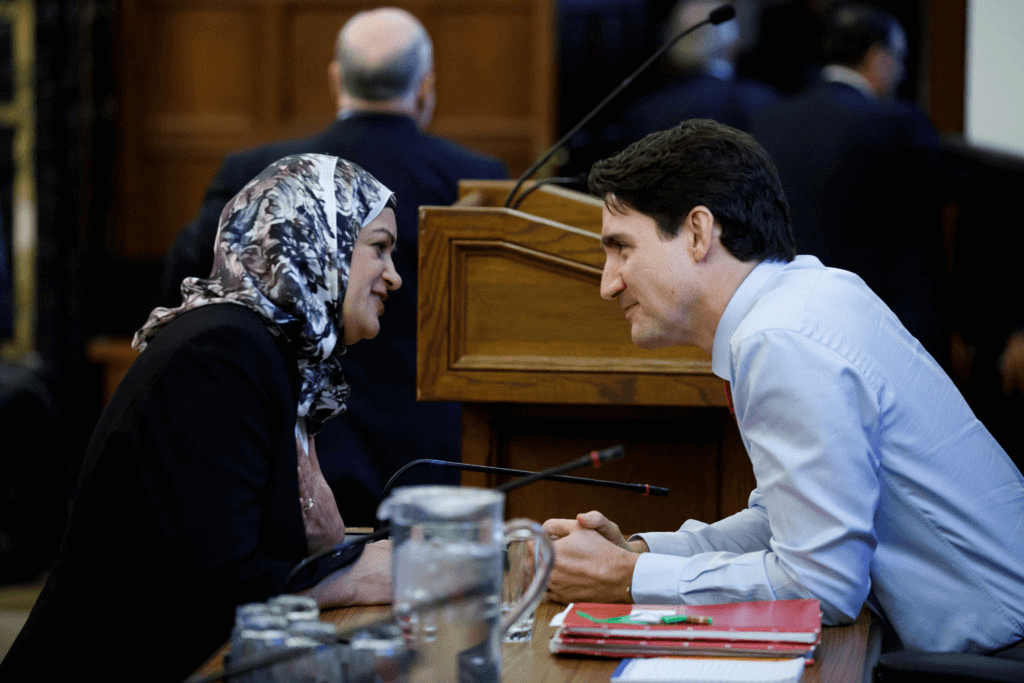 According to their website, Blacklock’s Reporter cover news “you won’t find anywhere else”—  bills and regulations; reports and committees; federal court and public accounts.

“We’re the only reporter-owned and operated newsroom in Ottawa that finds the facts needed by business, labour and associations.”

Blacklock’s Reporter is not popular among Canada’s political elites. This media organization work to expose backroom political dealings which fail to penetrate mainstream media, and by extension, awareness of the Canadian public.

“The foreign agents’ source country was not named though cabinet has accused China of clandestine activities. What we know for sure is we have various foreign countries that succeeded in recruiting elected officials – again, municipal, provincial or federal.”

All of which opens the door to a broader discussion. Too bad it will never to flow from the pens of CBC, CTV, Globe & Mail and the rest of mainstream media.

CAP speak of the “internationalization” of Canadian society. Perhaps more than any social dynamic, it is the “open-door” policies of our federal government that results in foreign control of leading political figures.

On a practical level, immigration policy has facilitated the rise of foreign-controlled Canada. The dynamic serves as a catalyst for erosion of national sovereignty.

To contribute to the decline, PM Justin Trudeau maintains a porous Canadian border. The result is a steady stream of illegal refugees entering our country. To facilitate further cultural decay– with an exception of immigration autonomous Quebec,— Trudeau has established the highest immigration quota in Canadian history. The target for the year 2025 is 500,000 immigrants.

Government-watcher journalist Spencer Fernando has thoughts on these issues:

“We can’t trust our democracy and we can’t even call it a democracy if we have numerous elected officials that are working for a foreign power rather than Canadians.”

“Why haven’t Canadians been told who the foreign-controlled politicians are? asks a perplexed Fernando. Time to get real– these names will never be exposed to the public. As such, all one can do is make assumptions– like this:

Could it be that half-citizen members of Parliament are more susceptible to foreign government influence?

It makes sense– so we know legacy media won’t speak of it. Half-citizen MP’s are naturally more susceptible. They are politicians who maintain a vested interest in their original homelands. Should they choose to return one day, their behaviour while “vacationing” in our country is critical.

In 2017, 56 foreign-born members, 22 with dual or triple citizenship, hold seats in House of Commons and Senate. CBC News confirmed at least 22 Members of Parliament currently hold citizenships from other countries.

Another commonwealth nation, Australia, has had enough. Between 2018-2019, fifteen Australian MPs and senators were removed from office for violating a constitutional rule prohibiting federal political candidates from holding dual citizenship.

Would this policy not be an astute move for our country? Dual citizenship has become commonplace among Canadian MP’s. Some of the most powerful members of Justin Trudeau’s Liberal Cabinet hold this distinction.

CAP consider the chances of this coming to Canada. We begin at zero, and end up at nothing. It will never happen– certainly not while neo-communist Justin Trudeau holds our country’s fate in his hands.

One can imagine the cries from our nation’s powerhouse woke Liberal movement:

“It’s a breach of Charter rights,” claim Liberal snowflakes. So is the lack of mobility resulting from Covid pandemic measures– but who’s counting? Hypocrisy is par for the course in Liberal la-la-land. Hustling all push-back into an arena of racist behaviour, government circumvent citizen opposition to their woke globalist agenda.

“There are clearly people within the Liberal government – likely very high up – who work for a foreign power rather than Canadians. Many Canadians felt that kind of doubt about Justin Trudeau himself.”

Count CAP in on this one. From day one, Justin Trudeau has maintained a “just flew in from Davos, Switzerland” aura. He’s a smarmy one, smug in his dedication to improving the lives of those who live in foreign countries.

“Thus, at this very moment, foreign-controlled operatives are working in our government and making decisions that impact our lives, and the government has denied us the ability to know who they are.”

For his current incarnation of a Liberal Cabinet, Justin Trudeau has assembled a socialist SWAT team of political players. Minister of Multiculturalism, MP Ahmed Hussen, is a half-citizen of Somalia. Minister of Canadian Heritage, MP Pablo Rodriguez, is a shaggy-haired communist enthusiast from Argentina. Minister of Transportation MP Omar Alghabra is a citizen of Syria.

Most of rest of Trudeau’s Cabinet are Quebecois. These MP’s perpetually tow the liberal-communist line. That some of these politicians work on behalf of governments such as China, Iran or Pakistan should come as no surprise.

“Allegations against the member of Parliament were made by freelance journalist Alireza Sassani on the program ‘Window on the Homeland’ on the Iran-e-Farda network.”

Describing Iranian government influence in other countries, Sassani said “Masoud talked to me about someone by the name of Majid Jowhari. He’s a member of the Parliament of Canada. He’s from the Liberal Party, representing Richmond Hill.”

“He said that Jowhari was in touch with some of the intelligence officers of Iran, and that he  visited the representatives of Taeb and Mojtaba Khamenei. He even received financial support from these people. Now he’s been elected in Canada for a second time.”

Seems once these people get into office, the exit door is removed from their constituency offices. The only Liberal MP who has lost their seat in this capacity is ex-Liberal Cabinet member Maryam Monsef. Infamous for calling the Taliban “her brothers,” Monsef barely lost her seat in Peterborough, Ontario. Must be a heck of alot of Taliban fans back east.

Interestingly, Canadians don’t know which country Ms. Monsef is from– period. Likely its either Afghanistan or Iran–only her hairdresser knows for sure. Who votes for these people? Are hoards of “Old Stock” Canadians lining up at the gate like ticket-holders at a Pink Floyd concert? How unlikely it is.

“MPs, provincial legislators and city councillors are known to be in the pay of foreign agents, a former espionage officer told the Commons ethics committee. The source country was not named, though cabinet has accused China of clandestine activities.”

“What we know for sure is we have various foreign countries that succeeded in recruiting elected officials – again, municipal, provincial or federal.”

Stop the planet, CAP want to get off. What a treat we have here. Turns out foreign infiltration is not limited to federal government. The same occurs at a provincial and city level.

To what can patriots attribute this clandestine infiltration of Canadian politics? Since legacy media has never addressed the issue in the first place, they are free from expanding on the notion.

Readers know who Cultural Action Party will hold responsible. Pierre Trudeau comes first, followed by Justin Trudeau. Or is it the other way around? It matters little, as the bottom-line outcome is obvious as rain in Deep Cove, British Columbia.

More than any individual figures, it is the family Trudeau who has internationalized our society. China, India, Pakistan— come on down. PET’s prototype globalist movement– Multiculturalism, has eroded Canada’s national sovereignty.

The result is what we have in 2022– a culmination of Liberal Party policy for the past fifty years:

Except for Quebec, home province of the anti-Anglophone, communist Trudeau family.