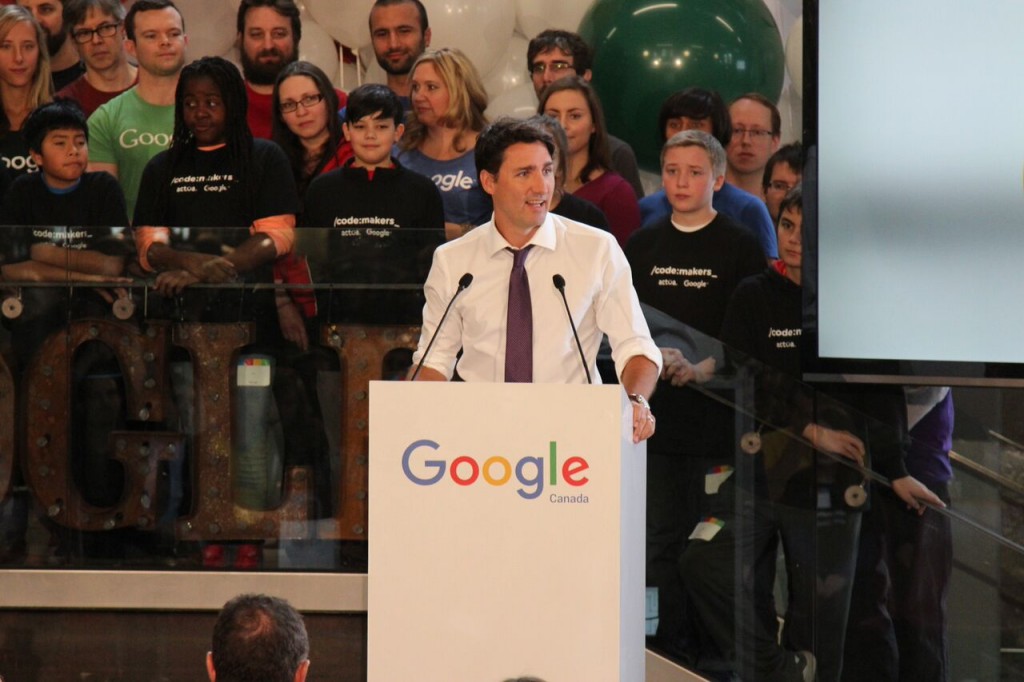 To post to facebook, click here:
A recent blog post from Google Canada tells the story. The internet giant has stated that “there are aspects of the government’s proposal that could be vulnerable to abuse and lead to over removal of legitimate content.”

In what has to be the most hated piece of proposed legislation in modern times, Prime Minister Justin Trudeau says he has had enough. Tired of the tedium of freedom of speech, Mr. Trudeau is calling for the implementation of an internet censorship program within 100 days of return to Parliament.


Canada is currently on a path to regulating online harms that internet authorities such as Global Network Initiative, Ranking Digital Rights, internet scholar Daphne Keller and legal scholar Michael Geist have decried as among the worst in the world.


“Canadians won’t notice the strong arm of government controlling their internet posting and browsing right away. This is going to be creeping censorship – death by a thousand bureaucratic edicts.”

“The million little affronts to free speech will begin two to five years from now when the big targets have been mostly subdued.”

In other words, the stifling of diversity of opinion on the internet will unfold in the fashion of all Trudeau-led social transformations: incrementally, for the purpose of seducing Canadians into passivity and acceptance.

Another method of seduction reeks of Trudeau-brand neo-liberalism: a fusing together of draconian measures with human rights-based altruism.

What sensible person doesn’t want child abuse to be curtailed? On this basis, censorship Bill C-10 and Bill C-36 can be perceived as wholly benevolent– meanwhile, the devil remains in the details.

According to a National Post article from July, 2021, the Liberal government’s online harms bill would create a new regulator for illegal content with sweeping powers that critics say raise concerns about secret proceedings and Canadians’ Charter Rights:


“Its authority would include the ability to send inspectors into workplaces and homes in search for documents.”


Meaning authorities would maintain the right to walk into the homes of Canadians to investigate hate crime allegations. Memories of George Orwell’s “1984?” Or rather, the creeping phenomenon of neo-totalitarianism comes to Canada.

According to Daphne Keller, Director of Stanford University Cyber Policy Center, Canada’s proposal “is like a list of the worst ideas around the world– – the ones human rights groups have been fighting in the EU, India, Australia, Singapore, Indonesia, and elsewhere.”

Catching our collective breath, we ponder the ramifications of a comprehensive rejection of the Trudeau government’s proposal. To what extent will this affect internet censorship?

Cultural Action Party has an opinion– the answer is to no extent at all. In this dynamic we discover an axiomatic truth regarding contemporary Canada: what government wants, government gets.

Democracy, or neo-communism? Time and again, Team Trudeau utilize the same methodology. Position the agenda as one of social benevolence. It is in the best interests of society.

According to a poll from Blacklock’s Reporter, “80% of Canadians believe the online content they consume is factual and truthful. 66% feel confident in their ability to tell if online content is fair and balanced.”

Let CAP deliver a conclusion in our typically candid manner: no one wants what the ruling Liberal government is proposing. Except perhaps Canadian media organizations. After all, if Bill C-10 and Bill C-36 pass, it will re-route revenues lost to them resulting from the rise of alternate media– aka the internet.

We arrive at the crux of the matter. In a pattern which encapsulates post-modern Canadian society, what we have here is a battle of government/media versus the people.