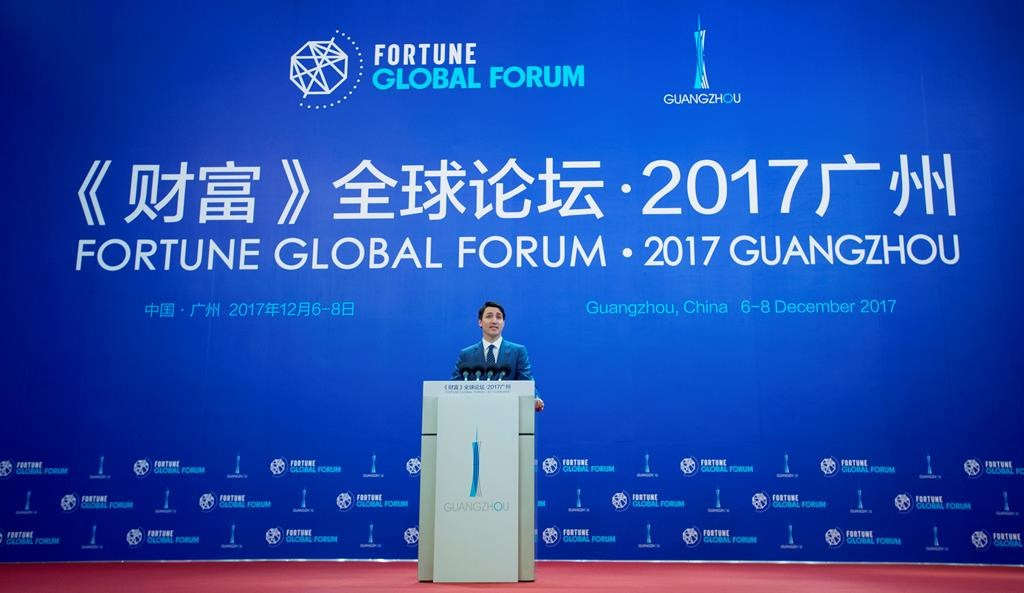 According to reports, CSIS told the government in January, 2022  about [the interference] in a series of briefings delivered to Prime Minister Justin Trudeau.

As exposed by China-watcher and Canadian journalist Sam Cooper, Justin Trudeau stated that “he hasn’t received any information on federal election candidates who allegedly received funds from China in the 2019 federal election.”

“I do not have any information, nor have I been briefed on any federal candidates receiving any money from China,” Trudeau told a Global News reporter.

How can it be both things at once? Is CSIS lying when they say they informed Trudeau of the circumstances? The truth is, it barely matters. Seven years in office has proven that this Trudeau character can survive scandal after scandal, and still qualify as a contender for re-election.

“It’s virtually neck-and-neck between Justin Trudeau and Pierre Poilievre as the preferred prime minister in the minds of Canadians.”

“New polling from Nanos Research[October, 2022] has found that the Conservative Party leader is the preferred prime minister for 30 per cent of Canadians. But Trudeau isn’t far behind, sitting at 29.8 per cent.”

Un-frackin’-real. The time has come, fellow patriots. Show us these supporters. Let us think about this. How many times have media cameras revealed crowds of Justin Trudeau supporters fist-pumping in favour of Canada’s pseudo-dictator? It never happens–because the PM’s popularity is a political construct.

Simply put, there are no examples– save carefully plotted crowds inside Liberal Party rallies. Who likes this guy? The correct answer should be no one. The real answer is that apart from Trudeau’s Snowflake Liberal Cult and the”special interest” communities he panders to, Mr. Trudeau is holistically despised by Canadians.

Sources with knowledge of the 2022 briefs told Global News that “this elected official subsequently disbursed that amount[$250,000] to members of the network, which included at least 11 unidentified MP candidates and 13 campaign staff,” according to intelligence memos.

Did the government of China successfully swindle victories in 11 federal ridings? Seeing as, in fact, the Conservative Party won the popular vote in the election, is it not possible that these 11 seats constituted a victory for Trudeau and the Liberals?

Did the government of China win the election for Justin Trudeau?  The CSIS report came out nine months ago. Trudeau never looked at it, eh? Bollocks to that.

Upon which CAP turn to our original assessment back in 2015. China assisted in getting Trudeau “elected,” and he paid them back with among myriad favours, selling them Canada’s government gold repositories.

READ MORE: The Hidden Story of Trudeau’s Sale Of Canadian Gold To China

Those who believe a clandestine partnership between the Liberals and government of China is some form of post-modern phantasy should think again. The Liberal-China connection has been in existence for the past half century– at a minimum.

It began with another Trudeau-family communist, first name Pierre. In 2015, the role transitioned to Justin Trudeau, also a communist.

Will Justin Trudeau get away with these lies regarding Chinese election interference? Of course he will. Proof positive: SNC Lavalin, WE Charity, Jody Wilson-Raybould, Emergencies Act. You name the scandal, and here are the results:

29% support for Pierre Poilievre, 28.8% for Trudeau. Welcome, Canada’s first communist dictator. Is the entire picture pre-ordained? Was this Trudeau person elected into office, or was he selected by China for his position?