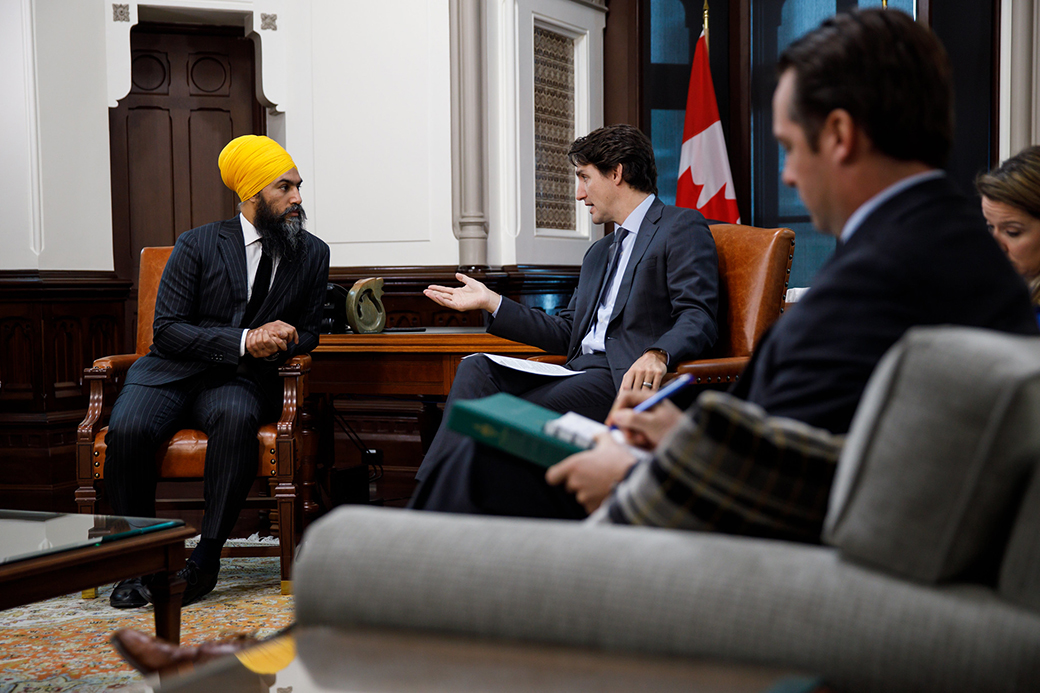 Balpreet Singh Boparai, of the World Sikh Organization, says Canada is the “top choice” for Sikh immigration. “Our community is like one family. It is a way of life.”

According to Statistics Canada, the Islamic faith is the fastest-growing religion in Canada. Blacklock’s Reporter says the Muslim population as a portion of the entire country has more than tripled in the past 15 years.

As reported by Global News, “these minority religions are at the point of surpassing once major religions in Canada.” The surpassing is oriented toward one religion in particular: Christianity. “Unlike churches nearby that sit nearly empty during weekend services, on a Friday at noon in mid-December 2021, Masjid Toronto is overflowing with people.”

On this basis, the future of the Christian faith is mapped out before us. Within a generation, what was once our country’s dominant religion will transition to a religious relic. All signs point to this inevitability. We drill down on reasons why:

On a pragmatic level, we recognise the impact of immigration policy. The Liberal government is knowingly eroding Anglophone and Christian demography in Canada. Eventually, these communities will be reduced to minorities.

Canadians are aware of what it’s like to be a member of a minority. For the past half-century, immigration and multicultural organizations have been telling us how awful it is. Perhaps vindication is coming their way through a “taste of our own medicine.” Media say not a word about the eventual transition.

There is more to the story than statistics. A whole other dimension is discovered within contemporary social dynamics. Christianity is out-of-style. It is today the nemesis of Canada’s controlling institutions. Government, media, academia– all are prejudiced against the religion of Canada’s founding fathers.

No better microcosm can be found than the treatment of Christian churches and pastors during the time of Covid. So extreme is the situation that American lawmakers are urging the U.S. Commission on International Religious Freedom to add Canada to its Religious Persecution Watch List. The press have buried the story.

Media in Canada– the majority of Christian heritage– are on board. Our educational institutions have gone all-in. We draw an ominous conclusion: from every possible point-of-view, Christianity in Canada is in free-fall. Meanwhile, Sikhism and Islam are flowering in a form of religious renaissance.

Out of this quagmire Canadians gain insight into the future of our country. Over time, those who adhere to the Christian faith will become members of a second-class community. This arrives as payback for crimes these people never committed. None were alive when systems for second class status for historical minorities were formulated.

Does it matter? Not one bit. Canada’s woke liberal community and their multicultural partnerships are out for vengeance. Chances are high they will receive exactly what they desire. After all, this is not simply a power struggle of community against community.

All controlling institutions support an erosion of Christianity. The movement has become institutionalized. It is systemic in nature. How curious this is. While Justin Trudeau and Jagmeet Singh rant on about systemic racism against “minorities,” the truth is the very opposite. In contemporary Canada, the “system” is anti-Christian.