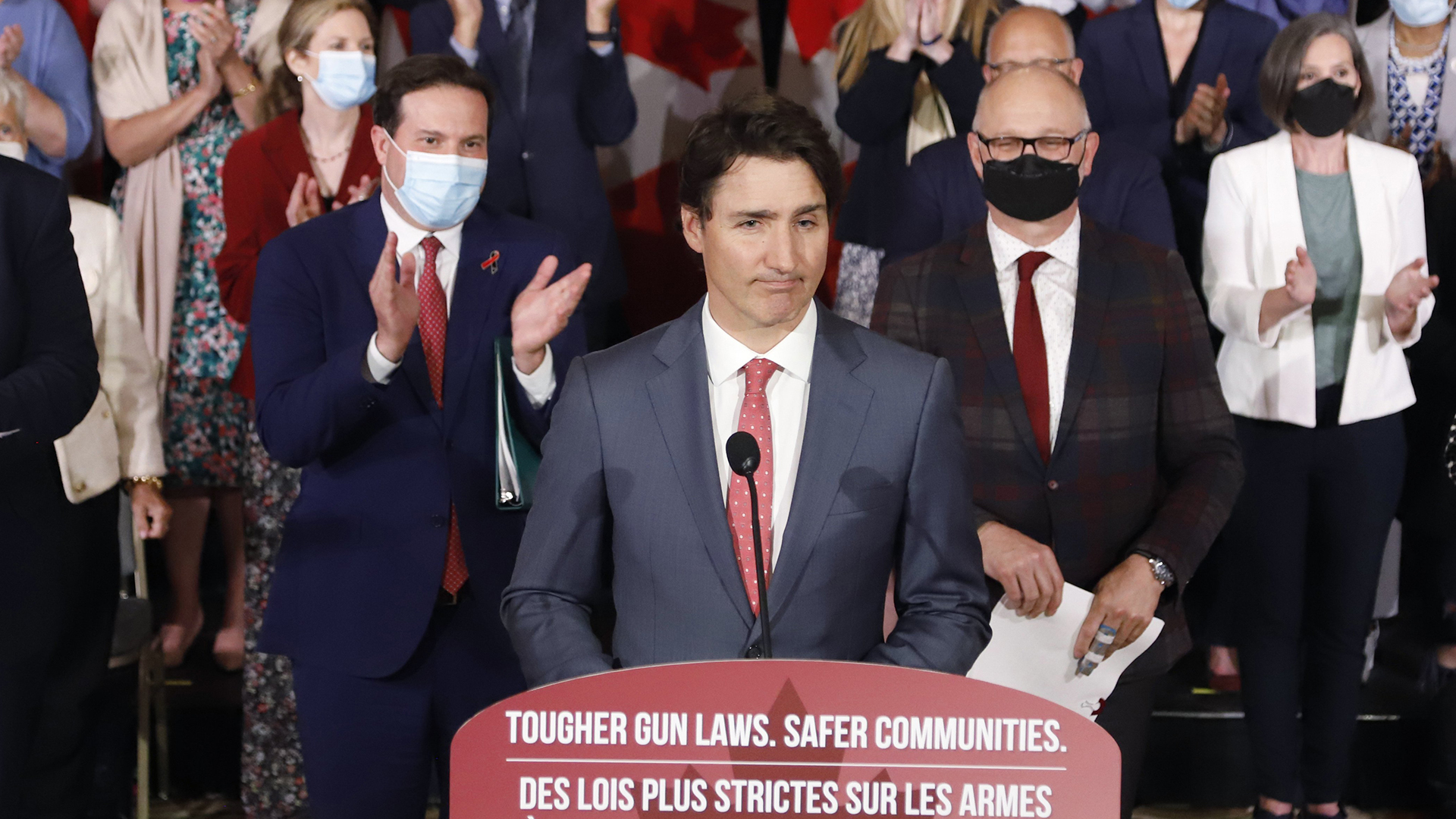 In the years following World War I, the Weimar Republic passed strict gun control laws in an attempt to comply with the Versailles Treaty of 1919 – laws that required the surrender of all guns to government.

“The laws remained in effect until 1928, when the German parliament relaxed gun restrictions and put into effect a strict firearm-licensing scheme. These licensing regulations foreshadowed Adolph Hitler’s rise to power.”

In her 2011 book, Professor of Criminal Justice Dyan McGuire wrote that “it is frequently argued that these laws, which resulted in the confiscation of weapons not belonging to supporters of the Nazis, rendered disfavoured groups like the Gypsies, Jews, homosexuals, Poles, and their potential allies defenseless.”

Seems gun confiscation is no longer limited to fascist regimes– Canada’s Liberal government are getting in on the action.

Recently reported is a plan suggesting the Trudeau government will recruit private entities for a mass weapons round-up. Rather than rely on law enforcement or government agents to seize, disable, transport, and dispose of the firearms, the Liberals are putting the program out for private tender.

In July, 2022, the government’s public services and procurement website posted a Tender Notice – Request for Information (RFI)” related to the Buyback Program.

“The daily rate is a floor, not a ceiling, as respondents are asked to specify how their technologies or solutions would meet the initial working rate of 1,000 – 1,500 prohibited firearms per day and how they would handle increases in that volume.”

While the Feds expect firearm seizures to focus on urban areas, the RFI wants to know whether respondents have the ability to “collect, handle, transport and/or store NPFs in non-urban, rural, remote, northern and/or First Nations communities.”

In other words, PM Justin Trudeau is out to seize guns from those qualifying as his nemesis communities. Rural Canadians, Conservatives– the type who more often than not stand in opposition to government’s transition to a Liberal Dictatorship.

A report by the Parliamentary Budget Officer indicates that the number of firearms presented a range of anywhere between 150,000 and 518,000 guns, although the total could be considerably higher.

Half a million guns– enough to secure complete surrender to the will of a neo-totalitarian government. Is the process in reality an agenda to seize weapons from Trudeau’s political enemies? If so, he is mimicking the behaviour of authoritarian governments of 20th century history.

“Strict centralized stance on gun control was officially instated in China in 1966, and extended in 1996 when the government banned the buying, selling and transporting of firearms without official permission.”

1966 marked the beginning of China’s Cultural Revolution as directed by Chairman Mao Tse Tung. A pattern emerges. Both fascist takeovers and communist revolutions contain a common thread of citizen gun confiscation. Now, Justin Trudeau is doing it too.

Why not add the Russian Revolution:

“The December decree of the CPC of 1918, ‘On the Surrender of Weapons,’ ordered people to surrender any firearms, swords, bayonets and bombs, regardless of the degree of serviceability. The penalty for not doing so was ten years’ imprisonment.”

What do you know? All 20th century totalitarian crackdowns include seizures of public weaponry. One wonders if they all used the excuse that Justin Trudeau has trotted out:

“It’s all for the safety of the public.”  Astute political observers take a different tact. “It’s for the protection of government from the hostility of the people.” If Trudeau’s Liberals are to successfully implement Canada’s revolutionary equivalent to 20th century dictatorships, private weapon seizure is essential.

Fortunately for our federal government, they have media in the pocket to obscure the truth. A fundamental for success, Justin Trudeau bought the press for such purposes.

A history of public disempowerment. This is the true legacy of Justin Trudeau. A post-modern political tyrant, our prime minister sugar-coats everything with concern for “the oppressed” of society.

“We will always stand up for the rights of the racialized and homosexuals” being our PM’s personal mantra. CAP see why he does this. To wrap government decision-making in a false cloak of human rights concern is a standard of government’s deception of the public.

Ostensible acts of benevolence are used to offset the neo-fascist ways of our Liberal government. With media disseminating the propaganda, Trudeau can get away with anything he wishes– inclusive of guiding Canada toward socialist dictatorship status.

All of it in the cards from the moment Justin Trudeau became national leader.