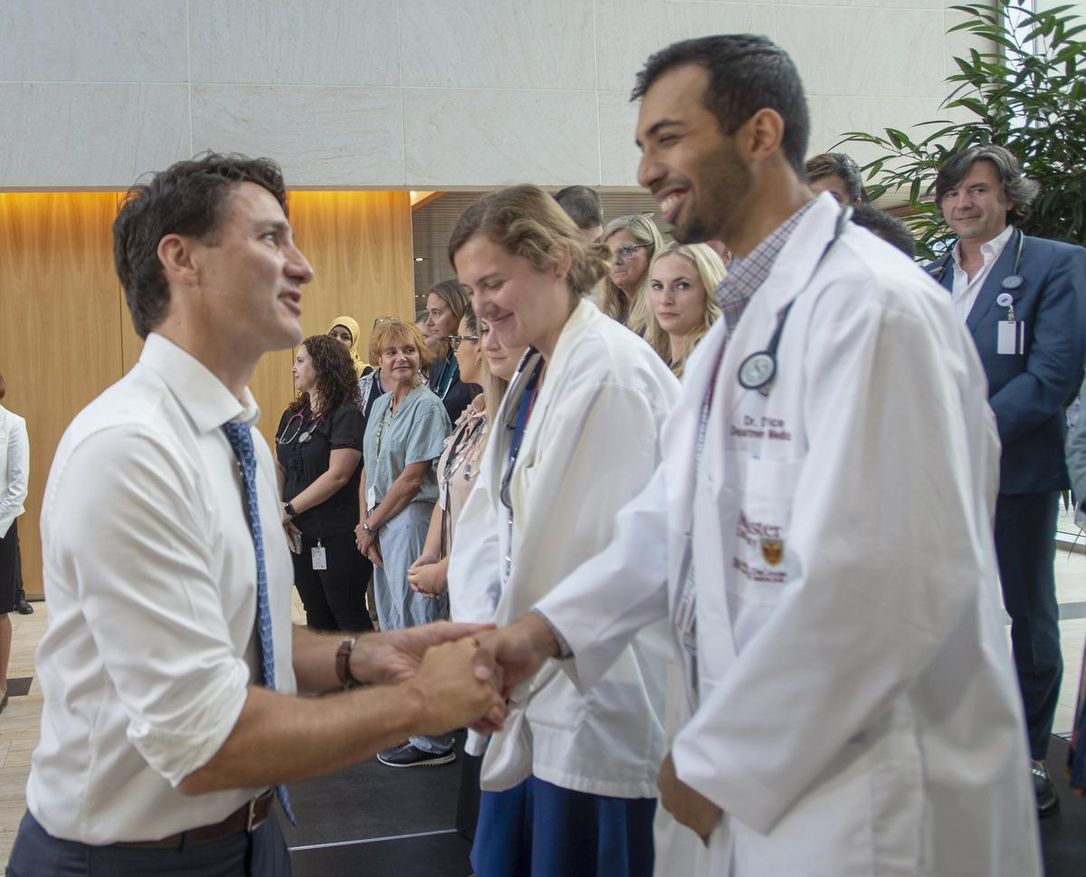 “The federal Liberal government has unveiled plans for a massive increase in the number of immigrants entering Canada, with a goal of seeing 500,000 people arrive each year by 2025 as it seeks to address a critical labour shortage across the country.”

In contrast, CAP reveal the opposite side of the spectrum:

Across the planet, critics are ripping Trudeau’s systemic assisted dying program to shreds. Back in Canada, one of the difficulties within this post-modern misery is that some people want Euthanasia to exist as social standard.

On this basis, Canadian media can always point to examples which rationalize these person-elimination policies. These folks are thinking about their loved ones– not to mention themselves.

As such, the “big picture” element is not entering the consciousness of general society. It’s how Canada’s neo-communist government roll. Deception, obfuscation by way of the media they pay to tow the Liberal-Communist line.

A Canadian man has applied  for “medical assistance in dying” (MAiD). The reason for his application is not that he is terminally ill, or even that he is depressed, but rather that “his rooming house is up for sale, and he can’t find anywhere to live that he can afford.”

Enter Justin Trudeau, Canadian prime minister. Make no mistake: this man is the founder of systemic reduction of elderly citizens. It was his Liberal government who first established Euthanasia policy in Canada.

Since its inception in 2016, the program has ramped up incrementally. First, the death had to be “reasonably foreseeable.” Next, the Liberals changed the age of eligibility to 18. Then, a removal of the foreseeable element. To be followed in March 2023 with assisted suicide for Canada’s “mentally challenged.”

CAP note the political affinities. So much of this smacks of fascist policy during the Hitler years in mid-20th century Europe. Media might not say it(they don’t), but then again, they are financed by the Trudeau government.

“Last year, euthanasia accounted for 3.3 per cent of all deaths, a third more than in 2020.” Word on the street is that the Feds are aiming for a much higher quota in forthcoming years– somewhere around 8.8% is rumoured to be the target.

How fortunate government are. Under this policy, the Liberals will save tens of millions in health care costs. Patriots know what this means: Justin Trudeau will be able to give away even more tax dollars to remedy illegal fishing in Cambodia. Or perhaps, he will increase foreign aid to Iraq from its current $100 million per year to $133 million annually.

In terms of incremental uptake, Dr Louis Roy of the Quebec College of Physicians recently recommended to Canadian lawmakers that MAID be ‘offered’ to children born with severe disabilities up to the age of one.

Congratulations, Canadastan. Without a single word of buy-in from 38 million citizens, Justin Trudeau transitions Canada the Euthanasia capital of the world. The move is holistically anti-democratic. It’s akin to a law the communist government of China would introduce to curb population explosion.

Except for one point. China doesn’t share Trudeau’s policy. Can you imagine Canada as a more draconian society than communist China? Canadians would do well to comprehend this. But they won’t. CBC, CTV, Globe & Mail and Toronto Star are doing all they can to ensure 38 million Canadians do not properly understand Trudeau’s post-modern Canada.

As in China, the Feds want a dumbed-down demographic. It’s one reason why they prefer 3rd World immigrants over “Old Stock” Canadians. Speaking of the latter, no one should be surprised that the lion’s share of recipients are Canadians of European origin. When it comes to Trudeau’s “progressive’ policies, we are always to stand at the front of the line.

“These arguments marshalled in favour of Euthanasia in Canada bear a striking resemblance to those made in the past to justify Eugenics. At the turn of the 20th century, the most fierce proponents of euthanasia and eugenics were physicians and academics. In the US, Dr Ella K Dearborn cheerfully called for ‘euthanasia for the incurably ill, insane, criminals and degenerates.”

Well, would you look at that– academics and the healthcare industry. Just as it is in “no core identity” Canada in 2022. Why are Canadians putting up with the post-modern madness? For the same reason they tolerate all Woke Liberal policy: we have no choice. Sound like authentic democracy to you?

Of course it isn’t. Speaking of death, democratic governance in Canada died the day Justin Trudeau was installed as national leader.

“Some justify MAID in terms of a cost-benefit analysis. In 2020, one unnamed Canadian senator requested details on the potential financial impact of expanding MAID. An official Canadian government document, produced in response, claimed that existing MAID legislation was likely saving $87 million in taxpayer-funded healthcare costs, while expanding it would save a further $62 million.”

Glory Hallelujah. There’s money in this deal. Can you imagine a Canada steeped in a utilitarian business model of this nature? Isn’t this all a bit too neo-communist for a country like ours?

Not a chance. Justin Trudeau is a “progressive” politician. In the beginning, there was “sunny ways.” Next came neo-communism. To be followed by neo-fascism. All the while, Canadians bend over and take it. They have no choice. No vehicle exists for the public to oppose the Trudeau regime.

Witness as Canada falls to the neo-fascist ways of our Liberal government. Of course Justin Trudeau is a tyrant. He and his back-room schemers have got our nation by the short-hairs.

Powerless, low birth-rates, maximum death rates– coupled with an ability to end one’s life at will–for any reason.  A manipulation of demography lifted from Chinese communism?

This is the Justin Trudeau’s Canada. It’s an absolute disgrace, but what can you do?