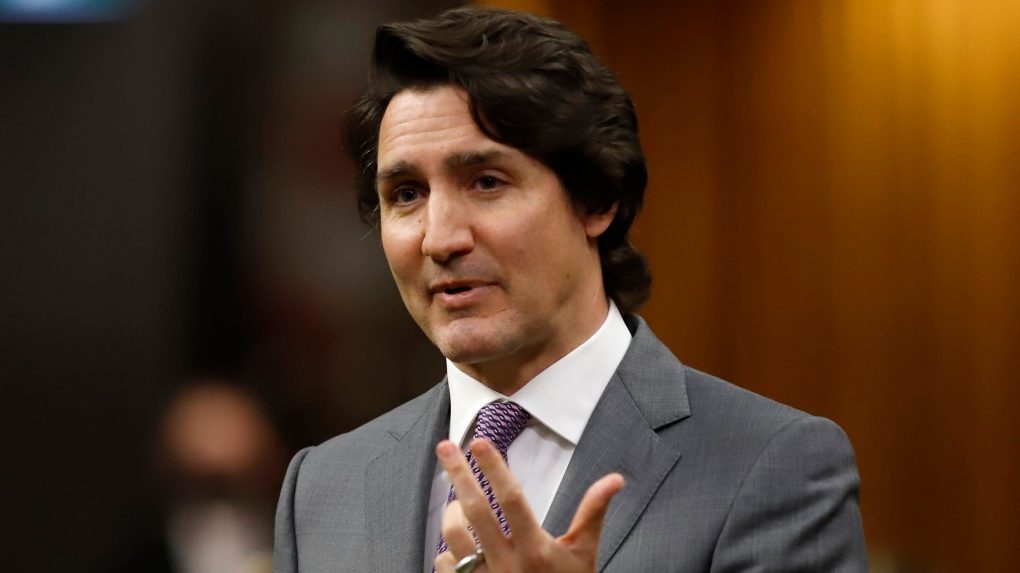 Historically speaking, an establishment of a communist state utilizes a specific political ideology to achieve its goals. Such is the case when China and the former Soviet Union based their  social revolutions on Marxist principles.

The post-modern pursuit of an authoritarian state augments traditional methodology. Take contemporary Canada as an example. Our Liberal government’s path toward authoritarianism is “progressive,” picking and choosing from a variety of historical precedents.

For Prime Minister Justin Trudeau and the strategists empowering him, it’s a matter of cherry-picking the “best of the best.” First, government attacked Canadian identity, rendering it racist, homophobic and genocidal.

Away from media presentation, commonalities involve the fundamentals of Marxist theory. Divide and conquer. Pit ethnic community against ethnic community, stirring up anger and resentment in the process. Attack historical identity. Saturate our educational system with national self-loathing. Utilize Canada’s colonial founding as a springboard to steal the nation from its citizens.

Together with media, transform working class Canadians into a pariah community responsible for historical and present-day racism. Edge them toward the periphery of society, to be replaced with a post-modern social class: “minorities,” racialized, immigrants, gays and transexuals.

Sounds dangerous enough to CAP. Naturally, there is more. Obscured by legacy media is a component of society laced with elements of totalitarianism. It’s macabre nature is poorly understood by Canadians– if at all. We speak of the concept of social engineering.

The goal of totalitarian manipulation is to establish a fully complicit citizenship. To say the Liberal government presently indulge in this behaviour is the understatement of the millenium.

Immigration is key. Based on the highest immigration quotas in history, the Liberals are lining up future voters for the goal of never again losing a federal election. On an ideological basis, PM Trudeau displays flagrant, unbridaled favouritism toward Sikhs, Muslims and other racialized communities. Conversely, “Old Stock” Canadians serve as the bane of his existence.

Why not minimize the problem? Statistics Canada confirm a rapid decline in Anglo-European child births. New arrivals are free of comparable concerns.

Government’s sacrosanct approach to abortion has given birth to a poorly understood social dynamic. Between 80,000-100,000 fetus removal procedures have occurred in Canada each year for the past three decades. We stumble upon what can be referred to as the “macro-element” of the abortion debate.

Throughout this 30-year period, media has never once spoken of it. As a result, millions of potential Canadian-born citizens do not exist. We speak not of an individual female’s right to control of her body, but rather more broad demographic implications.

Justin Trudeau’s position on abortion: “we will always support the right for women to control their own bodies.” For reasons unknown, this doesn’t apply to Covid vaccines. Our PM’s specious commentary belies the larger social picture.

So too for Euthanasia. Again, the demographic leans toward the “Old Stock”variety. It’s something of a financial conundrum. The average elderly care facility cost per day is $1400. A euthanasia experiment is $600 all-in. How efficient a process this could be. Pierre Trudeau founded Canada’s abortion policy, Justin Trudeau founded our euthanasia program.

We reference a standard of totalitarian control: step-by-step, gradual implementation. A look at fascist Europe in the mid-20th century provides a template. Introduce a punitive measure against communities. Ramp up the intended outcome over time. Gradually massage the public into acceptance. Present all of it in a banal fashion. No big deal, it’s all been done before.

“To make assisted dying available not just for people at the end of life, but anyone who has an incurable physical condition. For example, a young person with Diabetes; an older person with Arthritis.”

In early 2023, Canada will become one of the few nations in the world allowing medical aid in dying for people whose sole underlying condition is depression, bipolar disorder, personality disorders, schizophrenia, PTSD or any other mental affliction.

“I think there’s going to be lots of uncertainty about how to apply this in March 2023,” says Dr. Grainne Neilson, past-president of the Canadian Psychiatric Association.

There will not be a shred of uncertainty from Trudeau, cabinet or caucus. All hail the mighty dictator. In Liberal-land, no MP dare deviate from his decree from on-high.

Predating mass destruction in 20th century Europe was the “Euthanasia Program,” resulting in elimination of institutionalized patients with disabilities.

Caution: this is not “Sunny Ways” Canada. Drawing together the political ties that bind, we see that social engineering is critical to the formation of an authoritarian state. A touch of Castro’s Cuba here, a splash of Soviet Union, and of course, communist tenets innovated by the government of China.

Heard of an app called ArriveCan? Anyone noticed the aggression by which Public Safety Minister Marco Mendicino advocates its use? Despite endless traveller frustrations, the Liberals say the data-mining security application is to become permanent.

Of course it will. In reality, ArriveCan is an implementation of China’s Social Credit system. It is the future of our society. It’s purpose is one of expansion beyond the parameters of financial credit ratings. In China, government judges citizens based on “social performance.”

Attend a government protest in Beijing, and your credit score is reduced. Attend a second event, and lose your ability to get a job. In this manner, government comes to control citizen behaviour in totality.

This is what Justin Trudeau is going to do to Canadians. It is also an element of a cashless society.