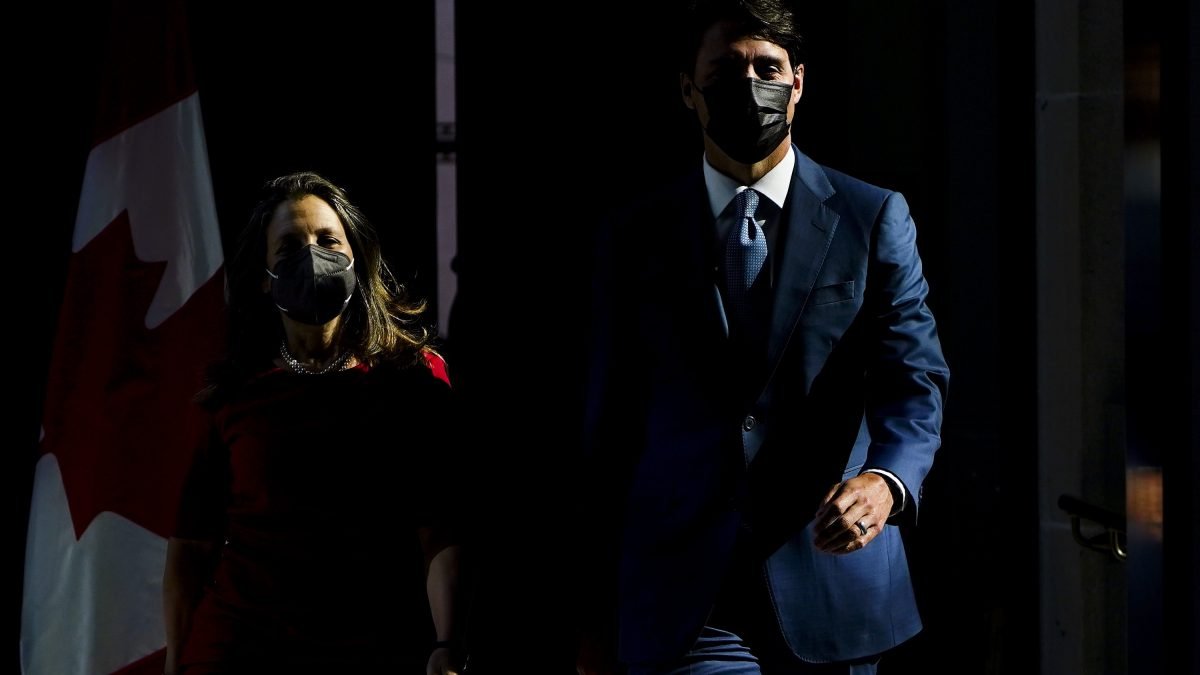 Prime Minister Justin Trudeau will not call Parliament to session for a two-month period following a third term victory on October 18th, 2021. Between the call of the election and the end of the calendar year, the House will have sat for a mere 20 out of 71 days.

According to the Toronto Sun, “by the time MPs return it will have been six months since the House last met. Trudeau needs to remember he is a prime minister in a democracy, not a monarch ruling over an empire.”

Politicians and journalists circle around political reality without arriving at its essence. Some people hint at it, others allude to it. But no one emerges to articulate what is really going on within Canadian governance.

The closest to the truth Cultural Action Party has found comes from Conservative MP Leslyn Lewis. Being a racialized Canadian, Ms. Lewis can say this kind of thing without being trampled upon by media– quite the privilege when you think about it.

“There is a socialist coup unfolding in Canada, and we taxpayers are funding it.”

Thank you, Ms. Lewis– now we are getting somewhere. According to a tenet of political science, there exists eight classic forms of governance:

Ostensibly,  Canada is a Representative Democracy. Or was, before the great reset  revolution came to town. The date of arrival was on October 21st, 2015– the day Justin Trudeau became prime minister.

Of the quoted eight systems, at least three have wormed their way into society under PM Trudeau. Hint: none of them are rooted in democratic principles.

CAP has spent the past six years theorizing on the erosion of democratic governance in Canada. Anecdotal evidence will not be offered. Our present message remains simple in nature:

The fewer the number of days Parliament is in session, the greater the absence of democracy. Such is the result of this six month hiatus. CAP has no interest in misguided theories regarding monarchies or feudal lords.

Rather than a six month suspension, one could view this as a 50% attainment of a long-term goal. If Trudeau had his way, Parliament would sit on the sidelines for 12 months a year. There would be no democracy. As outrageous as a Liberal snowflake may find it, Canada may well find itself in this position in due time.

A quote from ex-Liberal PM Pierre Trudeau illustrates our point:

What a coincidence that the individual who has most advanced the phenomenon is son Justin Trudeau.

Common characteristics are found among societies having undergone profound transformations in governance. These transitions always occur incrementally. An excellent example being found in European fascism of the mid-20th century.

There was nothing random in the process. Each step toward a political goal involved an augmentation of current laws, or unprecedented new laws. Carefully, methodically, step-by step individual freedoms were sacrificed for the good of the state. All of it positioned by government and media as a benefit for the general population.

Of course, times change. No matter how a person views the current pandemic, a certain reality remains:

Socially unprecedented restrictions on personal behaviour have been implemented in the name of Covid. Throughout the process, neither government or media have once addressed a fundamental issue:

What are the chances that society will eventually return to normal?  The omission being the first clue into the outcome– it is never going to happen.

The erosion of traditional Canadian society continue to roll. The latest manifest found in a Parliament that spends half a year in a state of non-democratic governance.

3 thoughts on “Trudeau’s Democracy: Six Months To Pass Without Parliament In Session”